If asked to describe the admittedly capacious genre of “Americana music”, most folks would likely conjure any or all of the following: the sounds of softly plucked acoustic guitar strings; lyrics about leaving home, coming home, and/or trains, rivers, and penitentiaries; the ubiquitous twang of a banjo; and the occasional ballast of an upright bass. During the six-day Americana Music Festival and Conference in Nashville each year, these sonic signifiers float through the air of most venues, be they record stores like Grimey’s or the Groove, dives like the Basement, or upmarket NPR-friendly establishments like the Listening Room or City Winery. If you do some research and choose your itinerary wisely, however, you’ll be pleased to find shocks of unfamiliarity abounding amidst the beards and banjos: a jazz arrangement here, a squeezebox solo there, a donkey jawbone played percussively, or a chest-tightening moment of lyrical confession.

This writer spent the weekend hoofing it across Nashville in comfortable boots (in addition to the occasional Uber ride), explicitly seeking out new, often unsigned artists whose available tunes on Spotify demanded to be seen and heard live. In addition to well-known headliners including Lee Ann Womack, Patti Griffin, and the Dave Rawlings Machine, a slate of up-and-comers lingered in the ear drums and continued to pull on the heartstrings long after the festival’s closing night. Since it was impossible to narrow the field to ten favorites, you can check out a more expansive Spotify playlist below. In the mean time, here are some unquestionable standouts ready to receive your love and affection — and in certain cases, if you happen to own a record label, your next recording contract. 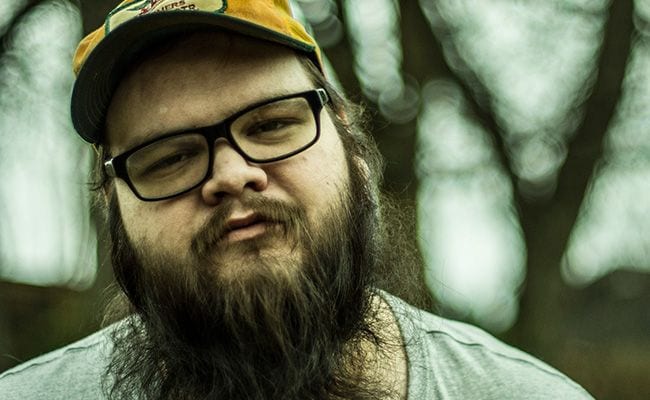 Rarely do artists playing 40-minute festival sets return for an encore, but when Oklahoma singer-songwriter John Moreland walked off the Mercy Lounge stage for the first time, the packed late-night crowd wouldn’t settle down without hearing more from him. A former denizen of the Tulsa and Oklahoma City hardcore scenes, Moreland writes lyrics with an efficiency that cuts to the quick and plays guitar with steady power, plucking his strings almost percussively as if each note still needed to rise above the maelstrom of a plugged-in backing band. Using the most basic musical toolkit there is—an acoustic guitar, a half-dozen chords per song, and unflinching emotional honesty—Moreland had multiple audience members visibly wiping their eyes after songs like “You Don’t Care for Me Enough to Cry” and “Break My Heart Sweetly.” Watching him play live feels like a devotional exercise, dedicated not so much to Moreland himself but rather to the rends and rips that all of our hearts bear, and to one human’s ability to bring them right up to the surface. Start with Moreland’s spare folk album In the Throes, graduate to his more filled-out 2015 release High on Tulsa Heat, catch him live somewhere, and get ready to bleed a little.

Off the bat I’ll show my hand and admit that few bands fit more snugly into my personal wheelhouse than the Wild Reeds do: the band includes three women singing gracefully in harmony, songwriting that reflects each member’s singular perspective, ample switching between instruments, and dynamic shifts happening within any given song. That said, the Wild Reeds check these boxes with a kind of ferocious glee, clearly stoked to be unspooling the complex ideas that have lived inside their heads and their rehearsal rooms before a crowd of new listeners. From the slowly building “Let No Grief” to the triumphant kiss-off “Where I’m Going,” the Wild Reeds sent bolts of lightening through the Basement bar, making new fans of smiling audience members hanging on every harmonized note.

3. Madisen Ward and the Mama Bear

As its name suggests, Madisen Ward and the Mama Bear is a family affair, composed of Ruth Ward, a longtime songwriter and performer, and her youngest son Madisen, who mainly sings lead and complements his mom’s guitar picking like a dutiful yet appropriately boundary-testing son. Following their performance at Americana Fest last year, the duo garnered media attention and cut a deal with Glassnote Records, but even if you’ve heard their recorded tunes before, you’ll likely be blown away by the power and range of their live show. “Silent Movies” prances along at a front-porch clip, while gospel-derived “Sorrows and Woes” slows down to showcase Madisen’s robust vibrato and Ruth’s lilting accompaniment. Mother-song bonding has rarely sounded this good: the duo writes and plays with clear reverence for their shared history, but also with the carefree delight that springs from creating music with the person whom each knows best in the world.

When Swedish/Icelandic duo My Bubba plays live, its audience leans in close. The aesthetic is quietude, stillness: nearly whispered vocals, careful guitar and antique zither plucking, and lyrics wherein boats, slit throats, and knitting can coexist eerily in a verse. My Larsdotter Lucas (“My”, pronounced “me”) and Guðbjörg Tómasdóttir (“Bubba”) sound like a single voice split in two, so seamless are their harmonies and musical sensibilities; their song “Dogs Laying Around Playing” consists of doubled vocals layered above a stomped/slapped beat that they create with their hands and feet moving in tandem. Their album Goes Abroader, produced by Noah Georgeson, works equally well as a soundtrack for fireside snuggling or as a rich poetic text worthy of careful and sustained study.

When beloved folk duo the Civil Wars self-combusted in 2014, a vacuum opened up in the space previously filled by that band’s tight harmonies and potent onstage chemistry. Lewis and Leigh, comprised of Welshman Al Lewis and Mississippian Alva Leigh, possess an early history that’s strangely similar to the Civil Wars’: they met at a songwriting session, felt an immediate symbiosis take hold, and, as they say onstage, “the rest was history”. Lewis and Leigh’s cross-cultural collaboration draws variously on British neo-folk and Southern blues traditions, fusing two musical origin points that nonetheless share a lot of common real estate. They introduce “Rubble” as “a song about where we’re both from”. While those locations may be continents apart, their common characteristics, like the duo’s musical stylings, suggest that onstage, together, is the destination they were both always meant to reach. 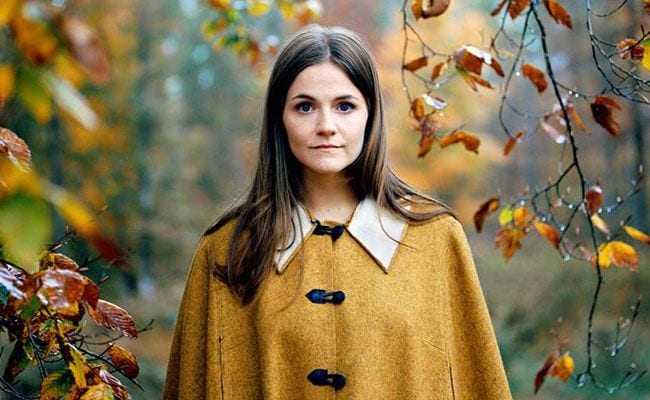 Hearing Erin Rae’s steady, subtle vibrato rising above her skilled band the Meanwhiles, you might feel as though you’ve fallen asleep and, in a pleasant dream state, found yourself in a Greenwich Village folk club in the 1960s. Rae sings and plays with a patience suggesting that her consciousness has been steeped in classic roots music since birth and that she’s been doing this forever, which, having started singing onstage with her musician parents at age five, she basically has. The Nashville singer/songwriter’s compositions are pacifying, reassuring; when delivered by her silky vocal, lyrics like “you’ll get there soon enough”, spoken to herself during periods of doubt, and “I hope you get what you need”, written to a former lover, land like a soft touch on the shoulder in a moment of panic. Rae’s set kindles a warm intimacy within her venue; it’s worth seeking her out in small spaces before she inevitably starts filling far larger ones.

They call themselves country, but Brisbane-based seven-piece Halfway equally recall the loping, shoegazy dream-rock of American bands like Real Estate and Kurt Vile: rock music for sunny, possibly marijuana-assisted afternoons plus some banjo and steel guitar for good measure. Their single “Dulcify” carries listeners along like an eddy of wind or water: listening to it, one could be in Laurel Canyon or on the Australian coast—both highly pleasurable places in which to pass some time.

Non-mainstream country fans these days seemingly can’t get enough outlaw-style baritone singing and songwriting: case in point, Sturgill Simpson winning Artist of the Year at the Festival’s awards ceremony this year. Whitey Morgan and his band take those baseline features and crank them up to full, beer-slinging, bawdy storytelling throttle, as three guitars, Morgan’s gritty howl, and songs like “Cocaine Train” seemingly resurrect Waylon Jennings from the dead. Playing outside at Groove Records, Morgan and his band were winging their entire set list, easing in and out of beloved anthems like the itinerant outlaws that their songwriting and performance styles clearly recall.

If you need a little indie-pop alongside your folk every now and then, Oh Pep! is the act for you. On record, there’s electronic backing behind their acoustic instrumentation, drones and beats like those that transform Sylvan Esso from a primarily vocal act into danceable electro-folk fusion. Onstage, Olivia “Liv” Hally plays guitar and sings with a kind of winking earnestness, while Pepita “Pep” Emerichs deftly rotates between mandolin and fiddle, often making the switch within songs like “Tea, Milk & Honey”. While their music buoys listeners along at an amiable clip, Oh Pep!’s lyrics entreat one to pause and process: lines like “Oh my goodness here comes his highness / Followed by my friend the air hostess” put a strange metaphorical spin on the experience of watching your friends make bad romantic decisions.

Veteran folk singer and clogger Kristin Andreassen has ample history calling square dances; she brings the latter experience to bear in live shows that underscore her voice with percussive stepping and unexpected collaborations with other musicians. Her stomps and claps underpin songs like “Crayola Doesn’t Make a Color for Your Eyes”, while she solicits help on bass clarinet, fiddle, and brush percussion by multi-instrumentalists Alec Spiegelman and Stephanie Coleman. Though Andreassen has been making music professionally since 1999, her ability to surprise new listeners and inspire adorable two-stepping among audience members suggests that she deserves major stages on which to clog, smile, play, and sing.