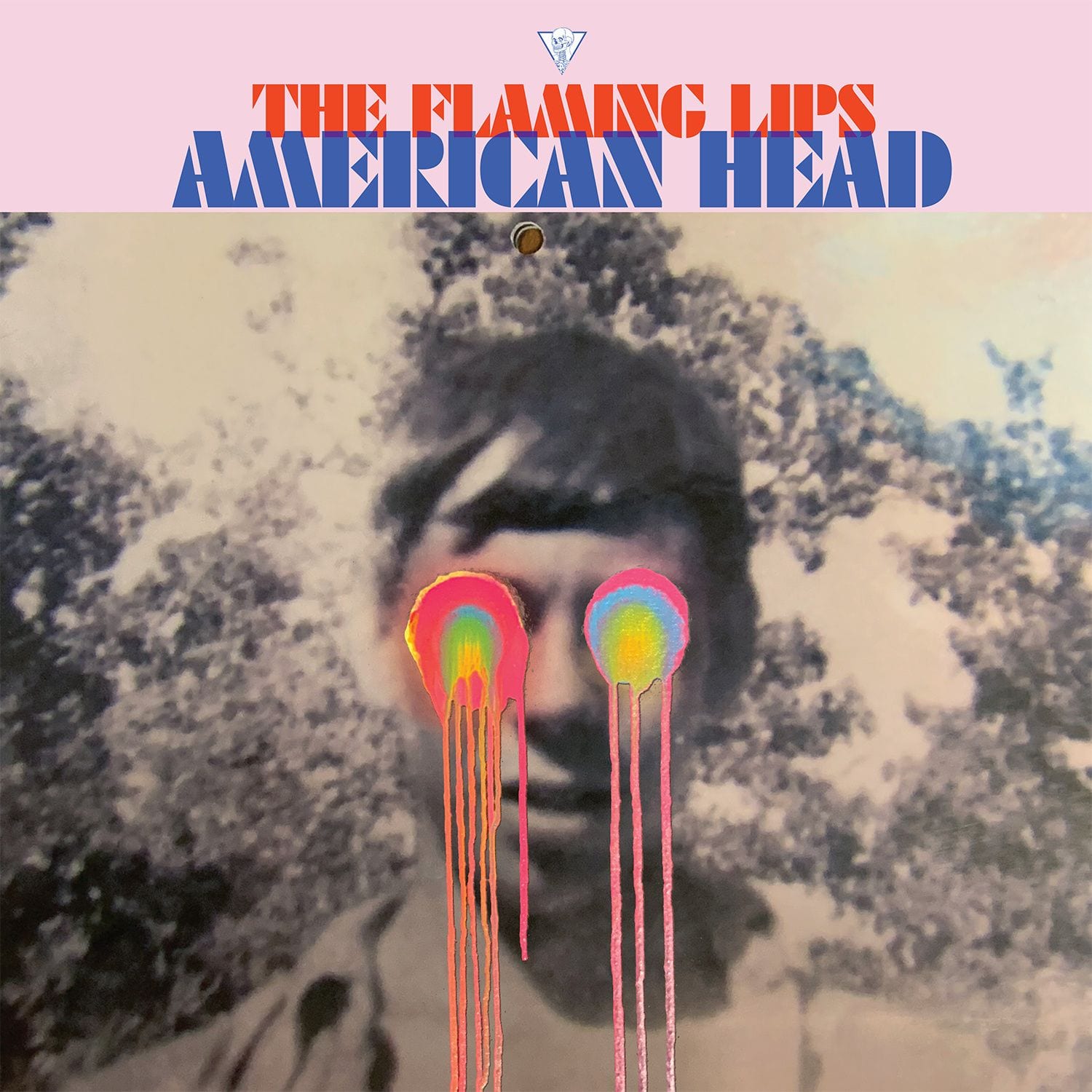 10. “Guy Who Got a Headache and Accidentally Saves the World” (Clouds Taste Metallic, 1995)

This track off of the Flaming Lips’ seventh album is a song about, well, exactly what the title implies. It’s an upbeat guitar-heavy song that reflects the band’s early work, but has a lot of the little touches that would inform their later music. This includes digitally altered voices, spacy-sounding interference, and that xylophone-like keyboard that would be featured in many of their future songs. The end of the song, which features a man’s voice that sounds as if it’s being broadcasted through a radio, points towards the direction the band was heading in: up into outer space. The album, Clouds Taste Metallic, would be the release to see the band transform from a guitar-driven alternative outfit into an experimental, space pop extravaganza.

This final song on Yoshimi Battles the Pink Robots, written in reference to the volcano on Mars, was originally written for the Christmas on Mars film. The band later decided it didn’t belong with the rest of the soundtrack and cut it. In the notes from Christmas on Mars Coyne reveals: “the flavor and dumb triumphantness of didn’t seem to fit. We tried, but it seemed too upbeat and ‘pop’ for ‘Christmas on Mars’… but having it be part of the ‘Yoshimi’ song collection seemed perfect.” So it was aptly added to the Lips’ 2002 album. Later, Coyne wrote in the liner notes of Yoshimi Battles the Pink Robots that the song should be “thought of as an ending of a fantastical adventure, an evening ride over the city – serene and exultant.” The song’s expansive yet mellow orchestration captures Coyne’s idea perfectly. It’s no surprise it won a Grammy for Best Rock Instrumental Performance in 2002.

From the band’s fourth studio album, In a Priest Driven Ambulance, “Take Meta Mars” is a lo-fi tune about driving a car while putting “heads in jars”. Coyne’s plea to take “Me ta Mars” is repeated amid a grinding bassline, shrieking guitar, and steady drums, making it a good specimen of the old school Flaming Lips sound. Rumor has it that the band wanted to cover Can’s “Mushroom” off the album Mago Tago, but didn’t have a recording of it and instead made a song that merely sounds like it. If you listen to “Mushroom”, you can definitely hear the influence.

This oddball song on 1989’s Telepathic Surgery might be a track for hardcore fans only, but it’s still worth a listen and definitely fitting for this list. It begins with Wayne Coyne telling the other band members that he recently “freaked out” Michael Stipe with a story about the first time he and his brother saw a formation of six U.F.O.s in their backyard. He then goes on to say that years later, he and his brother saw the same six spacecraft hovering near their house in the same configuration. The song then erupts into chaotic guitar and noise before it dissolves into a pretty piano piece. Each part is close to two minutes long and sounds as if it should be a completely separate track instead of stitched together into one weird song. Weird indeed — it’s what the Lips do best.

This b-side of the “It Overtakes Me” single from At War With the Mystics features Steve Burns of Blue’s Clues fame (yes, the children’s TV show). Burns began to collaborate with the Lips when he recorded an album produced by drummer Steve Drozd and starred as an astronaut in the band’s Christmas on Mars film. The song features the altered voice of Burns, who sounds like an echoing, warped talking head from the ’60s, giving a commentary on space travel. The music that surrounds his speech is alive with trippy Flaming Lips magic that could be part of a kids’ TV show (like Blue’s Clues). This idea isn’t so far-fetched; the band did appear in Yo Gabba Gabba after all.

This bonus track on the deluxe version of Embryonic apparently was an outtake from 2006’s At War With the Mystics. The song starts off with somber trumpet playing “TAPS” amid electric interference, a ringing phone, and robot noise. Aside from the space sounds, the song is a straightforward rock song, adorned with some piano so simple and superb, it might make you wish the Flaming Lips recorded more piano-heavy pieces. The song also features ethereal harmonies about aliens landing in the Middle East in order to bring peace to the land. It then dissolves into sci-fi keyboards and a diabolic roar. A stirring appeal for goodwill towards men, U.F.O.s Over Bagdad is unfortunately lost as a bonus track.

Amid the dark splendor of the band’s 13th album, The Terror, a bonus track called “Sun Blows Up Today” stands out as a bright, fuzzy, clap-along about the sun exploding. While the song is included as a “bonus track”, it was the first track released from the album, featured in a Hyundai ad during the 2013 Super Bowl. The track is accompanied by an animated video made by long-time artistic partner George Salisbury.

The sixth track off The Soft Bulletin has the following subtitle: “An Untested Hypothesis Suggesting That the Chemical [In Our Brains] by Which We Are Able to Experience the Sensation of Being in Love Is the Same Chemical That Caused the “Big Bang” That Was the Birth of the Accelerating Universe”, which testifies to the Flaming Lips’ love of kooky song titles. The lyrics examine people’s auras and whether or not they are “chemically derived”, touching on the mortality theme the band is so fond of exploring. Meanwhile, the tune flip-flops between Coyne’s vocals (accompanied by a single bass piano note) and elaborate strings that mirror the song’s esoteric subject matter.

The title song of Yoshimi Battles the Pink Robots is one of the Flaming Lips’ most catchy pop songs. It tells the story of Yoshimi, “a black belt in Karate” who must fight off giant pink robots that have come to invade the planet. It has been suggested that the pink robots are human beings and that Coyne was making social commentary in the song. Regardless of the song’s true meaning, it remains one of the band’s highest charting singles, reaching #18 on the UK charts. With oodles of outer space keyboards and fun background samples, the song captures the carefree spirit of the band.

Like “Guy Who Got a Headache and Accidentally Saves the World”, this tune is from Clouds Taste Metallic, however the difference between the two songs is apparent. “Guy Who Saves the World” relies on the guitar, whereas this tune employs operatic voices, piano, and theatrical lyrics. A tear-jerker, about an astronaut left behind while his crew takes off without him, the song can be interpreted in many ways: a lover leaving, losing a friend, or just feeling left behind in general. Whatever the case may be behind the poignant song lyrics, the music is grandiose, foreshadowing the majesty of songs like “Do You Realize??” and “Feeling Yourself Disintegrate”. Interestingly, the Beastie Boys sampled the song in “We Got The” from their To the 5 Boroughs album, released in 2004.

In 2014, Wayne Coyne and Co. released their version of the Beatles’ epic Sgt. Pepper’s Lonely Hearts Club Band, but titled their version With a Little Help from My Fwends. “Fwends” are what the Flaming Lips call the pals that bring their musical talents to records like 2012’s The Flaming Lips and Heady Fwends. The collaboration included a diverse mix of musicians, including Kesha, Nick Cave, and Yoko Ono. On this album, the line up features acts like Moby, Foxygen, My Morning Jacket, Jay Mascus, and, surprisingly, Miley Cyrus. The even bigger surprise is that Cyrus’s duet with Coyne on “Lucy in the Sky with Diamonds” is what keeps the album from being a total free-form freak-out.

This is not to say the parade of eccentricity that is the Flaming Lips isn’t brilliant. It’s just that when that eccentricity is kept within the confines of the band, it’s a lot more dazzling. There are few bands that would attempt to pull off a project like covering an entire Beatles classic, but then again this isn’t the first time the Lips have attempted such a feet. In 2009, they covered Pink Floyd’s Dark Side of the Moon with the assistance of Henry Rollins, Peaches, and Stardeath and White Dwarfs. The result was an offbeat rendition of the original, replete with singing saws, coughing, panting, and howling.

The Flaming Lips have always been known for keeping it weird, beginning with their 1986 debut album Hear It Is, which featured a song called “Jesus Shootin’ Heroin”. Since then, the Lips have continued to slowly evolve into a psychedelic outer space carnival. Wayne Coyne sings about Jesus a lot (whether he’s shooting up or made of plastic) as well as the big themes in life like love and mortality. However, more than anything, the Lips love their science fiction. They have over 25 years worth of songs about robots, UFOs, outer space, and Mars. They even wrote and filmed their own sci-fi flick, Christmas on Mars shot between 2001-2005. Just last year, the band released a six-song EP titled Peace Sword, written for the film Ender’s Game, which was based on Orson Scott Card’s sci-fi novel about a future where Earth must fight off an insectoid alien race.

In honor of their upcoming album, American Head, and in honor of keeping it “out there”, here are the ten best Flaming Lips songs based on all things sci-fi.

This article originally published on 26 November 2014.