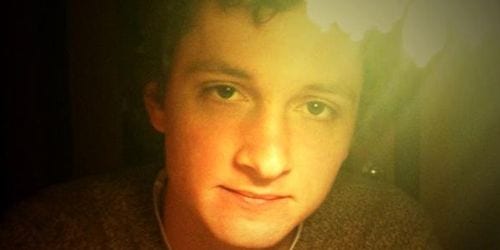 Despite the prevalence of faux-folksingers sensitively strumming acoustic guitars and softly mewling their angst, Sam Amidon continues to occupy a rarified space. Not just because he still refuses to write his own songs (this time we get a beautifully-judged version of R. Kelly’s unreleased “Relief” in addition to ten songs of a less recent vintage), and not just because via continued collaborations with Nico Muhly and others Sam’s music is much more interesting and viscerally gorgeous than most of his contemporaries. No, a good part of the wonder of Sam’s albums is that he seems nearly alone in his understanding of the terror and joy, the humour and stark power of songs written before most of us were born.

I’m not about to suggest that people should stop writing songs, but Sam’s albums (2007’s But This Chicken Proved Falsehearted, 2008’s perfect All Is Well, and this one) are an implicit argument that, in addition to trying to add to the stock of incredible songs humankind have managed to generate, we should maybe take the occasional look at what’s already in that stock. It’s not as if songs like the rapturously gauzy “Way Go, Lily” (a Georgia Sea Islands children’s song brought to wider attention by Bessie Jones) or the harrowing murder ballad “Rain and Snow” are overfamiliar standards. In Sam’s hands, both are stunning. Even “Relief” — a song that Sam correctly notes bears a rather interesting relationship to the world (either defiantly, optimistically out of touch with reality, or sincerely, gratefully in touch with it, depending on when you sing it) — is mostly unknown unless you are in the habit of downloading unreleased R. Kelly albums.

As with All Is Well, there are arrangements here that take your breath away: the way the piano, horns, and strings at the end of “Pretty Fair Damsel” seem to hang the song in a gossamer suspension as Sam never sings the last verse; the burbling, almost bullying digital bass squelches on the opening “How Come That Blood” that chivvy the track forward beneath Sam’s banjo; the way the sumptuous “Relief” does sound like it could be an R. Kelly track, despite beginning with folksy picking that doesn’t really seem like his milieu. Go listen to Kelly’s version of “Relief”. That’s a big part of Sam’s genius, the way he’ll shift these songs around until, while you can still hear the original, they’re reharmonized into something new and wonderful. He might not think of himself as much of a songwriter, but he’s an often astounding melodicist.

If I See the Sign lacks a bit of the impact of All Is Well (my pick for the best record of the last decade) on first listen, that’s only because it doesn’t represent the same kind of shift in approach that All Is Well did compared to the spare, often haunting But This Chicken Proved Falsehearted. There are still moments here that rival anything else Sam has done for beauty and wonder, but it’s merely the second modern classic he’s made in a row; it’s easy to undervalue the just-as-good second effort sometimes. But listen to the dazed, apocalyptic rambling of the title track, or the string-assisted stomp of his duet with Beth Orton on the gleefully self-righteous “You Better Mind” (“You better mind how you sing / You better mind what you’re singing about”). Hear the weariness he brings to “Johanna the Row-Di”, or the gentle determination in “Climbing High Mountains”, or the terrible intensity of the narrator in “Rain and Snow”, who gives you a chill every time he repeats “and I’m not going to be treated thisaway”.

By the time I See the Sign closes with the stormy “Red” (the lyrics of which consist entirely of Sam repeating “Found my lost sheep” in a forlorn voice), it’s clear that this album is another complete success for the most interesting and promising folk musician in North America today. Given the range Sam has displayed, and the playfulness and intelligence of his live show, it’s impossible to say what he’ll do next. But it’s sure to be worth following.