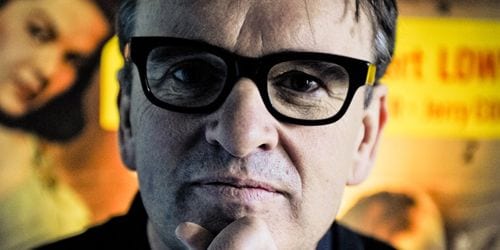 Chris Difford
Cashmere If You Can
SMMC

Here is a much welcome return from the criminally talented Chris Difford. Like its predecessor, The Last Temptation of Chris, Cashmere If You Can features songs about adulthood, coming of (middle or later) age, and a man coming to terms with just how at odds he can be with the world around him. First offered as downloads via the artist’s official website, the 12 numbers here find one of Britain’s greatest treasures in typically fine form.

Difford receives aid and comfort in the writing from Boo Hewerdine and Leo Abrahams across these 12 numbers, beginning with “1975”, which kicks off the album with a nod to the golden age of glam and lyrics that detail the protagonist’s misspent youth. The track is less celebratory than cautionary as we hear details of multiple trips to rehab and a person who’s convinced that his best days are long behind him. Still, we can’t help but bob our heads in recognition of realism as those sublime four-plus minutes tick away. Its successor, “Like I Did”, offers one of the more refreshing takes on parenting in recent memory, as our hero sings about children who are remarkably like their parents — whether stoned, sleeping, or slow to change. And if it, like “1975”, isn’t a complete celebration, it’s not resignation either.

From there the record departs into what is often darker territory as the tracks co-penned with Hewerdine give way to those co-written with Abrahams. There’s a strange kind of love song (“The Still & the Sparkling”), multiple references to pissed mattresses, observations about the evil that men do and how it lives on and on after them, stories of a less than sparkling and prolonged morning after (“Wrecked”), and the acknowledgment that an old lover is better off without us (“Happy Once Again”). Throughout, the musical mood is light even when the lyrical matter isn’t, the whole affair feeling like a revue celebrating human foibles and failings with an uncharacteristically strong sense of accomplishment.

This is all fitting fodder for Difford, a man who reminds us that life is complicated, filled with gradations of light and dark, quelled hopes and quieted dreams, and expansive orchards of trees richly blooming with varieties of words and emotions one can choose from to express all these diverse and sometimes devilish experiences and exorcisms. Cashmere If You Can is not an album filled with easy answers or pat expression, and it doesn’t easily yield to listener expectations — this is music, unsurprisingly, for the thinking man, the aging man, the man aware that there are no easy answers and that the flotsam and jetsam of one’s past continues to wash ashore long, long, long after the initial wrecks that cast them into the ocean of time.

Difford is, of course, not the only artist of his kind, but he may be the best at what he does and perhaps the most unflinchingly honest. That’s something Cashmere If You Can reminds us of time and again throughout its all-too-brief 48-minute run. This is an album filled with undeniable truths that are delivered with an uncommon caring, gentleness, and intelligence that few artists fully inhabit. It is, in a word, brilliant.