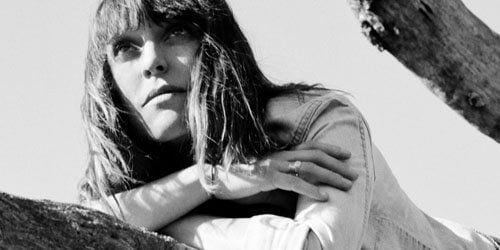 Leslie Feist’s 2004 major-label debut, the masterful Let It Die, opened up with “Gatekeeper”, a song that balanced a sweet delivery with serious subject matter. Her performance was so lovely that it’s easy to skip over the fact that she’s singing about the often fleeting nature of love. The song comes off as happy, even though its lyrics indicate otherwise. This mood was then embellished in full technicolor on the smash hit of her 2007 sophomore outing The Reminder, “1234″. If the exuberance of the song wasn’t obvious enough, the brilliant music video sold it even more, with the grand choreography took the song to a whole other level. Feist’s skill at making the morose sound almost buoyant is impeccable, and it’s all owed to her deeply versatile and gorgeous voice, which has remained consistently strong in all of her musical endeavours.

On Metals, however, the elation of the aforementioned pieces is nowhere to be found. Instead, Feist seems to have a particularly noticeable case of the blues.

This is evident right from the beginning on the album’s first and best track, “The Bad in Each Other”, which tonally shapes the rest of the record. Over a guitar riff that recalls outlaw country, Feist laments, “We have the same feelings / At opposite times.” The horns that once provided an exuberant climax to “1234” here supplant the dark melancholy of a relationship falling apart. The song is one of her fieriest performances. As nice as “1234” was, it’s great to see her get a little angry. “The Bad in Each Other” sets a high bar for the rest of the record and though the record overall is solid, it doesn’t quite match up to the quality of this song.

Metals, though still retaining elements of her past work in folk, is a sonic divergence from both Let It Die and The Reminder. The album is mostly low-tempo, and the blues and jazz sounds that she explored on past records (notably the title track of Let It Die) are fleshed out substantially. This isn’t “Feist made a blues album”, but its disposition is certainly less sunny than its predecessors. The album is more akin to “Train Song”, the haunting duet with Death Cab for Cutie frontman Ben Gibbard she contributed to the Dark Was the Night compilation, than the bubbly “1234″.

This sonic shift is shown most effectively on tracks like “The Bad in Each Other”, “The Undiscovered First”, and “Comfort Me”. The latter of the three, in particular, is one of the album’s strongest moments. Beginning with a lightly strummed, bluesy acoustic guitar, the song later then picks up with a stomping drum beat and a simple but effective chorus of “Na na na na na.” It’s a moment where one is likely to find himself singing along, but it’s also very haunting in a peculiar way. “Undiscovered First”, along with “Graveyard”, is one of the tunes on the album where Feist layers multiple vocal tracks of herself, creating a whole choir of Feists. On “Undiscovered First”, the choir, alongside well-placed stomps, evokes the feeling of a church choir. In “Graveyard”, she somehow manages to sound like a British children’s choir. Given that the former is one of the album’s best explorations of the blues and the latter is one of the stronger folk pieces, these choir-like effects fit perfectly. Throughout the record the music is consistently good, but it’s always Feist’s commanding vocal that’s at the forefront. Even on the album’s weakest moments, like the boring “Cicadas and Gulls”, she never fails to impress.

The folksier moments are both natural continuations of her past work, but they don’t stand out as well as the blues and jazz-centric tracks. “The Circle Married the Square” has the feel of a classic folk song, its repetitive chorus bringing Donovan to mind. “Bittersweet Melodies”, one of the album’s catchier moments, sounds of some of her piano-centric songs on her past outings. These moments are instead better done when she balances them with the overall tone of the album. “How Come You Never Go There”, which obliquely recalls Fleetwood Mac, is a great choice for the album’s lead single, namely because it blends the folk and the blues very well. (It also helps that it’s one heck of an earworm).

After Metals has concluded its runtime, it’s quite clear that Ms. Feist is still one hell of a songwriter. The album also reveals that her strength is still in musical diversity; her powerful voice easily fits in many genres, all the while retaining the signature sound that she’s come to develop. The stylistic explorations on Metals prove that she’s not running out of any ideas, but the moments on the album that most clearly parallel her prior outings aren’t as strong as their predecessors. Though this is a fair complaint against the record, Feist’s plain talent is so good that even this album’s relative quality compared to her other records doesn’t do much to diminish her songwriting capabilities. Feist is as captivating as ever, which makes Metals a pleasure to listen to.