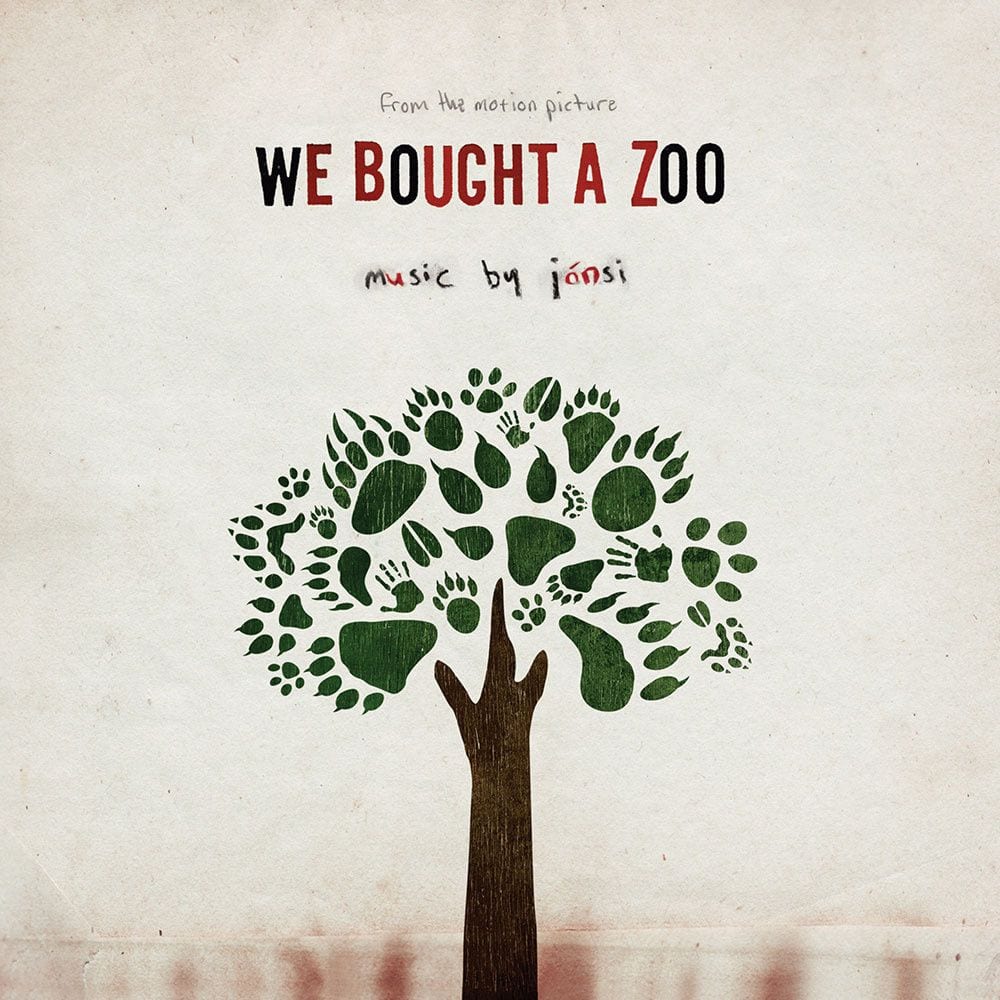 Icelandic band Sigur Rós has had an ethereal sound since their very first album and the truth is that no band sounds quite like them. The sweeping strings, grand falsetto, and massive crescendos have always felt suited as a backdrop for a major film. Thus, it should come as little surprise that Sigur Rós’ front man Jónsi has finally been enlisted to create a film soundtrack, in this case by director Cameron Crowe for his holiday film We Bought a Zoo. People familiar with Crowe’s work will have realized that he had used Sigur Rós’ music when working on his 2001’s Vanilla Sky; consequently it may be no surprise that he has recruited Jónsi for this soundtrack.

As for the soundtrack itself, it’s not made up entirely of original compositions. Three songs come from Jónsi’s debut solo album, Go: “Boy Lilikoi”, “Sinking Friendships”, and “Go Do”. Another is Sigur Rós’ 2005 surprise hit “Hoppípolla”. All four of these tracks are excellent, but unfortunately, they are also the standouts in the soundtrack. None of the 11 new songs reach the heights that the old ones reach. Of course, this isn’t so much an affront to the record as a testament of how fantastic Jónsi and Sigur Rós’ work has been over the last decade.

The 11 new songs are mostly ambient soundscapes showcasing collaborator Nico Muhly’s mastery of strings, gentle chimes, and vocal bits and pieces. It certainly fits in with Jónsi and Sigur Rós’ general otherworldly atmosphere, but with one key problem — the lack of Jónsi’s signature falsetto. Half the album is essentially a Jónsi album without Jónsi; only two of the new tracks contain vocals. But, even among the instrumentals, standouts exist. “Sun” exudes sparkling joy and the title track’s lead piano melody is simultaneously heartbreaking and gorgeous.

But of the new tracks, the two with vocals are easily the standouts. “Aevin Endar” is a stripped-down ballad that shows Jónsi’s music is not completely dependent on soaring string sections and grandiose sound effects; it showcases his delicate vocal delivery perfectly. The Cameron Crowe co-written “Gathering Stories” on the other hand is more similar to Go‘s pop epics. The falsetto, chimes, pounding drums, and strings all combine to form another fantastic single.

Everything considered, Jónsi has lovingly crafted a fantastic soundtrack, but it is the lack of brilliant new compositions that prevents the We Bought a Zoo soundtrack from reaching greater heights. This is the rare album that is worse than the sum of its parts — mostly because the best tracks had all previously been released. Yet, it’s still a worthy addition to the growing discography of Jónsi and his various projects. It is a shame that we have heard so little from his excellent voice over his last few projects, but We Bought a Zoo is good enough to quench our thirst for either a new Jónsi or Sigur Rós album. It certainly helps that it does stands out on it’s own. If anything, We Bought a Zoo makes us take Jónsi’s solo career seriously, not just as an offshoot of Sigur Rós, but as a legitimate project.