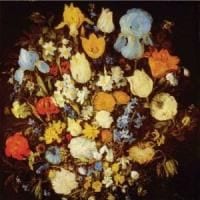 It’s no wonder Trevor Montgomery has turned to the moniker Young Moon for his new record, Navigated Like the Swan. There’s a nocturnal stillness to these songs, the space of a nearly quiet night. Percussion is spare, guitars echo out into blackness. Montgomery, for his part, has a sort of confessional groan of a voice, some warmer version of Nick Cave’s underbelly croon. He fills the chilly air of “Winds Light” with pining lines — “Tell me you love me,” he insists. “Tell me I’ve grown” — that melt at the edges with equal parts hope and doubt. His music may be spare, but its parts stretch out and make a surprising heft. It also has a variety to it — from the heartbroken trudge of “A Reason” to sepia-toned hues of “Emma Jane”. Navigated Like the Swan is a patient, insistent record, almost to a fault. You may wish, at moments, that Montgomery picked up the pace just a bit, but mostly the album mixes very immediate emotion with a wistful vibe that shows you the deep roots those emotions have in yesterday. Montgomery never yells, he never pitches a fit, yet in his quiet way he still gets your attention.