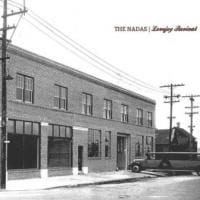 Folk-rock lifers the Nada have been Iowa fixtures almost as long as the Lovejoy Building in downtown Des Moines. Its fitting that the former Mack Truck plant now graces the band’s eighth album, Lovejoy Revival, an album that’s as grounded in the Nadas’ heartland roots as anything they’ve put out before. And the imagery’s not just for show or hometown cred: singer-guitarist Jason Walsmith’s family ran their printing company when the trucks stopped rolling out, and now, even with its industry days long gone, the Lovejoy served as the Nadas’ front office, recording studio, and spiritual center. Almost 20 years on, the repurposing of old forms suits the Nadas well. Aside from some production gloss, their best moments — the wordless bridge on “I’ll Wait for Ever”, the close harmonies that carry the twangy opener “Star Crossed” — sound like they could have been recorded ten, 20, 30 years ago.

Like its namesake, Lovejoy Revival isn’t anything breathtakingly spectacular at first glance, as the building is a squat, dull brick structure, and the album a grab bag of familiar Americana tropes and a Beast of Burden cover. Neither turns many necks right away, but that’s not the point. The Lovejoy was built to last the years, and the Nadas have put together an album that’s as sturdy as the building they recorded it in.