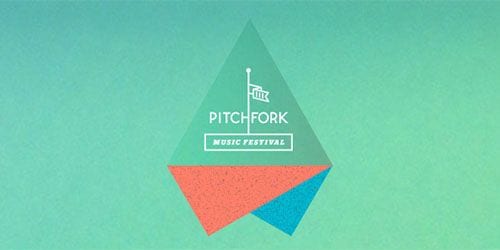 But the massive expansion of the music festival industry has been a mixed blessing to say the least. Megafests like Coachella, Bonnaroo, and the now-stationary Lolla have become sprawling corporate behemoths with lineups too large to see, grounds too big to traverse, and ticket prices too high to contemplate without consulting a CPA. Within this landscape, the Pitchfork Music Festival has managed to retain its status as a destination festival without sacrificing its identity for increased size and sponsorship. It’s easy to mock at Pitchfork (the website) for the seriousness with which it approaches its self-appointed role as musical tastemaker. But it’s arguably that (occasionally ridiculous) discrimination which has ensured that Pitchfork festival has been able to deliver consistently compelling of lineups along with a price and festival experience that’s hard to match.

After a 2012 incarnation that was brilliant at times but also suffered from some scheduling and a lack of must-see headliners, Pitchfork 2013 looks on paper like it might be the strongest lineup the festival has ever set loose upon the ironic, well-mustachioed hoards.

One of the most striking things about this year’s lineup is the breadth and depth of the female musical talent. Friday’s headliner Björk sets the tone and, although we have no idea exactly what tone she’ll choose, it’s sure to be bold, attention-grabbing, and well-suited to headlining such a proudly innovative festival. Artists joining her include Joanna Newsome, Waxahatchee, Sky Ferreira, Angel Olson, and Julia Holter (to name a few), whose collective musical output runs the gamut of mew-ly folk balladry to confessional poetry to shiny major label-style pop. The diversity and quality of women populating this year’s lineup is encouraging to see, not an example of PC tokenism (if that even applies to a gender that comprises the majority of humanity), but instead as a way of recognizing the summer festival as a space for female artists and attendees. This is a refreshing contrast to the armies of bro-ish fratboys that often plague music fests.

In contrast with earlier iterations, this year’s Pitchfork is also stacked with an impressive array of hip-hop and R&B acts, many of which anchor Sunday’s festivities. It starts at the top with the evening’s headliner R. Kelly, a local favorite who, despite his many and sordid personal problems, continues to enjoy rabid support on both the block and the indie blogosphere. Preceding Kelly is M.I.A., an act with similar critical and chart success that the festival would have been lucky to land as a headliner in previous years. Booking both producer/rapper El-P and his often collaborator Killer Mike seems as inspired decision, as does the addition of the prolific and attention-grabbing rapper Lil B and rising R&B star Autre Ne Veut. Sunday also features are the promising Chicago trap soul star Tree, producer DJ Rashad, and TNGHT. Other nights feature Beyonce’s alt-friendly sister Solange, her collaborator Blood Orange, and electronic acts such as Phosphorescent, Rustie, and Andy Stott.

Of course no indie festival would be complete without a healthy complement of guitar bands, and this year’s Pitchfork has a bumper crop. It’s not surprising to see that pretty much every recent critically acclaimed buzz band will be rocking Union Park this July, including Savages, Parquet Courts, Woods, Pissed Jeans, Foxygen, Metz, and Merchandise. These acts have influences ranging from the brutal post-punk of Big Black to the rustic charm of late-‘60s Kinks and highlight the variety that once-highly circumscribed genre indie rock now encompasses. And just in case any of those young bucks forgot their roots, Pitchfork is never without a healthy dose of bands that have essentially become classic rock for the indie universe. This year those acts include Saturday night headliners Belle & Sebastian, the inimitable Wire, …And You Will Know Us By The Trail Of Dead, The Breeders, Swans, Low, and Yo La Tengo (who will get that much closer to a free sub by racking up a third punch on their Pitchfork performance card).

If you’re angry that about one of the many bands that haven’t been mentioned at this point, I don’t blame you (how haven’t I talked about Toro Y Moi yet?). Pitchfork 2013 offers a lineup that’s both incredibly deep and actually manageable, meaning that there’s surely some sleepers, surprises, and oddball acts buried in this lineup that have yet to be mentioned.

PopMatters will be on-hand in Chicago’s Union Park this July 19-21 with insights and analysis of all the beards, bands, and brews (word on the street is that Goose Island are working with Killer Mike and El-P on a collaboration beer for the fest). We’ll be looking at how Pitchfork has created a world-class music festival with a local flavor and an approachable scale. Oh, and the musical performances, there’ll probably be some stuff about that.

The full lineup is listed below. If you’d like to see it for yourself, you can buy tickets here. If you do attend, come say hi – we’ll bring the bottled water, you bring the sunscreen.

…And You Will Know Us By The Trail of Dead