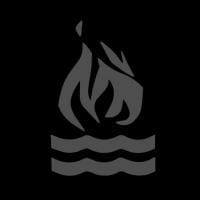 Hot Water Music’s Live in Chicago is poised to be the band’s defining live document. It’s expertly mic’ed, the setlist is evenly balanced, the performance is appropriately energetic, and there’s a DVD to provide the visual complement that’s often sorely needed in the live release department. While the film footage doesn’t really offer anything extraordinary in the cinematography, directing or editing departments, it’s clear that both band and audience are reveling in the shared moment.

Where Live in Chicago fails is in its seemingly unshakable goal to impact existing fans instead of trying to provide something to win over new ones. While that sort of fan service is admirable, it does lead to a certain near-sightedness on the (previously mentioned) crucial film elements as well as a necessary variety in presentation that showcases all the band’s strengths, of which Live in Chicago falls just a bit too short.