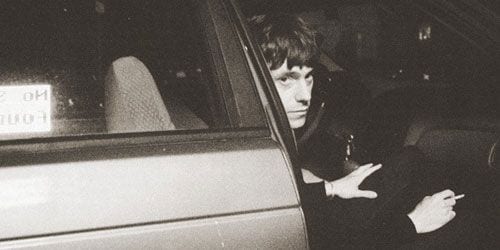 White Fence is not a new album from Tim Presley’s solo project but a reissue of the very first White Fence album, originally released in 2010. Presley has been a member of the bands Darker My Love as well as the Strange Boys and recorded a collaboration album with Ty Segall, 2012’s essential Hair as Ty Segall & White Fence. Presley records prolifically as White Fence, having recorded four White Fence records in as many years. He makes warped lo-fi psych pop songs that can go anywhere and everywhere. The fidelity changes from song to song, sometimes even during a song. A lot it sounds vaguely like Syd Barrett channeling Northwest garage rock legends, The Sonics. Another sonic reference point would be early Ariel Pink records, if Pink had an obsession with ’60s psychedelic rock instead of ’70s AM pop. The songs also have a relaxed, meandering quality, almost like brief thought bubbles and ideas that fade in to being for a few moments with a pretty melody and offbeat instrumentation before stopping abruptly after a minute or two.

This is the work of a solitary man or rather a solitary alien transmitting rock songs from a parallel dimension. Mr. Adams kicks the album off with harmonized, reverbed, extremely laidback vocals that sound like they’re floating through the air as opposed to actually being sung. The song melts in to a drum break that goes right in to the “Who Feels Right” where guitars provide a soft backdrop that roar in to a psychedelic solo. “Slaughter on Sunset Strip” is a Rubber Soul-era McCartney song filtered through a chillwave haze and played with first take chops before coming to a sudden end. “I’ll Follow You” is a soft acoustic track propelled by a shaker with a Schoenhut toy piano that fades in and out of the background throughout the song. Most of these songs sound like brief daydreams that flow gently before either fading in to the next track or ending abruptly. They remind me of spacing out in class back when I was in grade school before my teacher called my name and tersely forced my mind back to reality. The extremely loud “Baxter Corner” follows the pretty “Sara Snow” with the sound of Syd Barrett channeling Damaged-era Black Flag.

Although White Fence is 16 songs, most of them are short and the whole thing goes by quickly. Not every song here is worth the cut though and “The Gallery” and “Sick Doctor Blues” just kind of warble their way forward without any real melodies to grasp on to. The album ends with the best song on the record, “Be Right Too” and serves as an awesome sign of the songwriting chops that Presley has continued to develop with each successive White Fence album. Interestingly enough, it is also the best sounding, as if Presley had finally figured how to properly use his four-track. These songs take repeated listens to sink in but once they do, Presley’s melodic gifts and penchant for interesting instrumentation begin to shine through. The album is spotty and not every song is a winner but the good definitely outshines the bad and nothing overstays its welcome. White Fence serves as a journey through the mind and influences of Tim Presley and is a solid listen for any fans of lo-fi psychedelic rock.