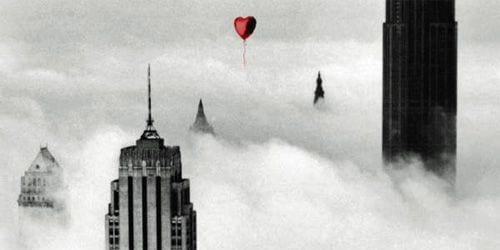 Imagine a novel with a plastic surgeon as the protagonist; a plastic surgeon who delights in “fixing” women’s bodies and who believes himself to be God’s gift to women a la Barney Stinson, Neil Patrick Harris’s character on How I Met Your Mother. Then imagine the novel’s storyline slowly, almost surreptitiously, becoming a polemic on the multitude of ways that men control women, so much so that by the end, the previously chauvinistic plastic surgeon is now being carried on the shoulders of women – literally – for saying that all men are terrorists in the way they find ways to control women.

This is a fair description of Lucy Ellmann’s new novel, Mimi, about the travails of one Harrison Hanafan and his life-changing encounter with the novel’s namesake. As much as this seems a pretty straightforward description of a book, this was one of the strangest novels I’ve ever read. This is not the brilliant “strangeness” of Hubert Selwyn, Jr. or J.G. Ballard, but strange in that it is damn near impossible to figure out Ellmann’s style and why the novel skips like a scratched CD.

Who is Mimi? This question is the crux of the novel. She is clearly more than just Harrison’s girlfriend, because her entrance into his life is the beginning of his change of heart, the revolution that starts inside his mind as to the question of why men hurt women. But this is just one of those themes that the author does not really flush out because Mimi’s own Helen Reddy-esque voice also is dimmed by her desire to want Harrison to control her sexually, while at the same time arguing that she, Mimi, is actually the one in control. Confused yet?

The gratuitous sex reminded me of Tom Wolfe’s widely-panned novel, I Am Charlotte Simmons (which I kinda liked). These are not descriptions of gentle, ethereal lovemaking — this is fucking and Ellmann forces us to watch. Sometimes it’s rough, at times violent, but what’s the point? To show men are in control and only they can dictate how pleasure should be given or received? As much as this seems contradictory to the overall theme of the book, Ellmann confuses the reader by balancing dialogue about what brutes men are, with paragraphs that show Harrison using Mimi, but seemingly with her approval.

In one scene, Ellmann writes, “And then she did come pat my head, as I’d wanted her to, and soon I had her on my lap, in my power, with my hand in her pussy, exploring her, imploring her, possessing her, making her go limp in my arms.”

The novel also becomes a petri dish of hyperviolence against women – murder, rape, domestic violence, child abuse, plastic surgery, even “duck rape” (I’ll let you read this for yourselves). Maybe this was Ellmann’s strategy all along – to push the reader towards her own self-realization that this book is not about one man, per se, but about men’s violence against women, as well as women-blaming.

Yet for all this heavy content, this is still a novel of dark, dark humor – think Thom Jones, Hari Kunzru or Peter Benchley. You don’t want to laugh, but you will, and then you will feel a little guilty for doing so. If anything, these laugh-out-loud moments further contribute towards the overall unevenness of the novel because they show us the power Ellmann has as a novelist, particularly when writing about family, Says Harrison, “We were the classic American nuclear family, enacting our own private annihilation, with a dad who could not be figured out, and a mom whose bottled-up woe, like her tomatoes, we consumed daily.”

Ellmann has been widely praised for her fiction and her strong female characters, but she has swung for the fences and missed with this new novel. While she may have envisioned Mimi as a tough, menopausal, no-nonsense survivor who dominates men to take revenge for all the men who took advantage of her, there are too many inconsistencies with Mimi’s own beliefs and her relationship with Harrison to make this novel achieve the grandiose vision Ellmann probably had in the beginning. That such a bold dream becomes a disjointed, enervating reading experience shows that even the best writer can fall victim to the age old problem of trying to do too much.