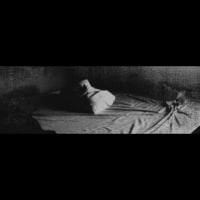 With four EPs, two split releases and one full-length album, all in the past two years no less, the Bay Area’s Whirr have churned out release after release of powerfully poignant and evocative shoegaze to rival not only their peers, but such stalwart torchbearers as My Bloody Valentine. By far their most jarring, daring and protracted work to date, Around is the kind of recording with lasting potential to survive it’s authors long after extinction. It’s an EP that takes its time to develop each nuanced chord and melody to a swelling perfection, without splitting hairs. Be it the thunderous distortion of “Keep”, or the mountainous drums on “Swoon”, the drama of Around is one that begs for immersion – they’re songs made for the seclusion of headphones, and the intimacy that comes with it. Held back only by its dense and at times hauntingly claustrophobic soundscapes, Around is a recording whose ethereal qualities bring out the best in this consistently resurgent genre.