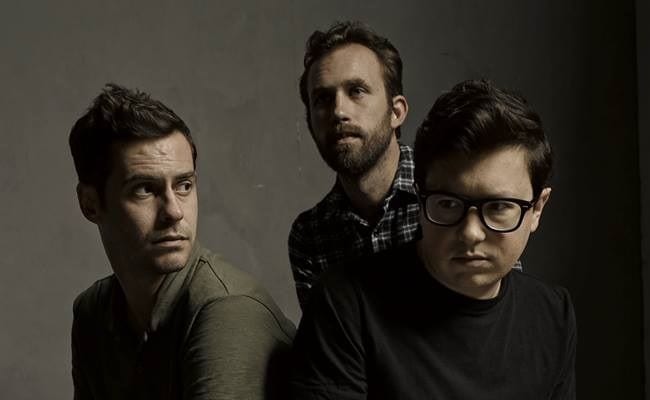 It’s kind of amazing how much White Denim has changed over the years, despite the fact that they continue to constantly do the same thing: make damn good rock music.

Back when 2009’s Fits came out, the band, who already released numerous releases to increasing fanfare, rode their never-ending blog buzz to a respectable full-length that felt patched-together from wildly disparate elements, ready to fall apart any point but kept alive by their dynamic energy, surprising songwriting, and genuine sense of fun and discovery throughout. Thus, when 2011’s much bigger-budgeted D arrived, it seemed like the band was about to break onto the mainstream. Their sound was a big bigger-sounding, more accessible, and retaining their undeniable charm — but something was off.

The problem with D was that despite the band making their first album that they knew would reach their biggest audience yet, there was something a big manicured about the proceedings. The songs were still good, filled with color and deep understanding of the classic rock playbook, but the songs felt like they were a bit at a distance, moving the hips but never the heart in the way that the rag-tag Fits did. No one was afraid of losing the band to the Sellout Monster, but the band started to teeter on losing what actually made them special.

No worries, friends: Corsicana Lemonade shows the band merging some of the best parts of Fits with D, and creating a sound that is simultaneously professional & gritty, gritty & heartfelt, big & homespun. White Denim have always walked the line of contradictions, and they continue to do so here.

Part of what makes Coriscana so great isn’t as much the palette that the band has, which seems much more consistent than the grab-all-you-can sink of sounds that was Fits. Here, the group sticks with straight-up guitar rock, but instead of relying on the production work of D to make them sound bold, they instead let the arrangements speak for themselves, and with their furiously-fast guitar playing and smart stops and fills, they manage to create songs that frequently “pop” on the record, immediately standing out on any playlist shuffle, much less when they’re played straight through.

Opener “At Night in Dreams”, for example, calls to mind all sorts of ’70s virtuoso guitar tropes, that furiously-fingered opening riff scattering around like a terrified spider, its movements unpredictable but all hewing to the same melody line. This is then followed by the title track which relies on more syncopated guitar work that is constantly moving and shifting, Joshua Block’s brilliant, textured drum work always giving the songs an extra flavor that is missing from most bands, frequently treated the kit as an actual instrument, filled with texture, not merely to be used as a thing that keeps time.

Over time, however, the band seemed to have lost their confidence in their singing capabilities, the songs here frequently featuring vocals with room echo and light distortion, trying to sometimes muzzle the full-bore caterwauls the band was capable of previously (although they do it to less histrionic extent on tracks like “Cheer Up / Blues Ending”). Yet with arrangements as intriguing as “New Blue Feeling” — wherein the group tries a brilliant new pose: pissed-off Steely Dan — marking things as simple as the relatively straightforward vocal stylings feels nit-picky to the nth degree.

Of course, part of the joy of White Denim is just seeing what the band is up for trying next, and the ’60s Brit-rock stylings of “Distant Relative Salute” and (most especially) the soul-pop effort “A Place to Start” linger long after the record is over, the group’s authentic adherence and synthesis of such genre tropes being a sight to behold. Sure, Southern-fried story-songs like “Let It Feel Good (My Eagles)” sometimes make it feel like the band is couched in their “genre workout gambit” a bit too much, but really, even White Denim’s lesser tracks are still better than most rock efforts out there.

As is the case with D, White Denim’s music still doesn’t connect on as deep an emotional level as some of their early, more experimental work, but such gripes are minimal: Corsicana Lemonade isn’t as much a huge step forward for the group as it is an affirmation of what their fans already know: White Denim are truly one of the best bands out there today, and even with a 10-song firecracker like this one, all they’re doing is simply padding their already-impressive reputation.