Beyoncé Knowles has had quite the career. In only 32 years she’s managed to release 10 full-length albums (five with super girl-group Destiny’s Child), toured almost as many times as she released LPs, starred in seven feature-length films, and received all kinds of accolades and awards for her contribution to pop and R&B. She effectively filled the very glaring hole left by Janet Jackson when she decided that she wasn’t going to be cool anymore. Since her departure from the group that skyrocketed her into stardom, Beyoncé has led an almost incomparable solo career all the while maintaining her hotness. She’s been fairly contradictory in her music, simultaneously decrying the need for a man, all the while buying into the heteronormative matrimonial standards. She does it with class and integrity that makes it difficult to find fault in her fairly conservative standards.

Recently, she shocked the Internet with the completely surprise release of her fifth solo album, titled simply BEYONCÉ, which managed to hit number one on the Billboard charts, earning her a place in music history as the first solo artist with five consecutive No. 1 albums! In celebration of this illustrious career, PopMatters gives you the Top 10 Best Beyoncé Singles of All Time. 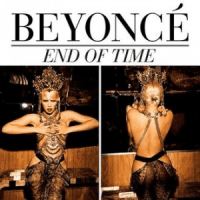 Although there are probably a dozen different singles that could have been slotted in this position, it’s the formidable “End of Time” that stands out as the favoured track. It’s a chaotic tune packed with drumcore snares, impressive (even for Beyoncé) vocal acrobatics, and a sentiment that is ever endearing. From her fourth album, titled simply 4, “End of Time” was a small release that didn’t make the kind of impact that it probably should have. With its hypnotic chants and formidable presence, you can’t help but appease her when she sings: “Say you’ll never let me go!”

While most of singles on this retrospective have some type of social conscience, or have been huge catapults for her career, “Halo” stands as one of the only singles that Beyoncé’s produced where the simplicity and overall catchiness stands front and centre. The singular concept is simple enough, likening her love to an angel — “Halo” makes little sense, but dammit if it won’t get stuck in your head. On the track “Partition” from her latest album, there’s a line where she sings: “And why you think ya keep my name rolling off your tongue / ‘Cuz when you wanna smash I’ll just write another one.” Well, “Halo” is proof of that truth.

Probably one of her most questioning tracks, “Single Ladies” is the kind of tune that through a spectacularly minimal music video and superior live version, was elevated beyond its relatively sparse production and entirely heteronormative lyrics enforcing the patriarchy of monogamy and matrimony. It’s difficult to hear a vibrant and thoroughly independent young woman sing about wanting her man to “put a ring on it” if they like it — as if to imply there is a way to possess her, you just have to be willing to commit. This message becomes completely subverted in a live performance with a fully female band rocking the shizzle out it. Beyond that, it has become one of her most recognizable tracks and helped to transform the being of feminism that can still groove with patriarchal structures in ways that was never intended. It’s like transformation and rebellion from the inside.

4 was littered with tracks that delved into ’70s R&B and marriage-hood. While the majority of them celebrated her complex (and some would argue befuddling) relationship with rapper Jay-Z, “I Care” is one of the finest—even if it was a small release that saw little impact on the charts. While many in the past have dismissed women who have had the audacity to “care” about things their partners do not, Beyoncé doesn’t take to being dismissed or belittled too well: “I know you don’t care too much, but I care!”, striking power dynamics on their head and forcing her partner to understand that unless he begins to see her truth in the situation, he’ll be caring about no one but himself. Musically, the song crackles and builds until the ferocity through which Beyoncé sings becomes all too prevalent — you are forced to care, where you previously hadn’t.

Mired in the kind of controversy that Beyoncé has not previously been privy too, “XO” is the accidental lead single off her surprise fifth album that stunned the world upon its release. Dismissive non-creatives lambasted Beyoncé with decries of being “insensitive” and “tasteless” for daring to sample Steve Nesbitt speaking in regards to the Challenger disaster — forgetting that although it was a specific thing that happened to people with families, it exists in the consciousness and history of many, and is not a holy grail incapable of being included in creative works. Its placement in such a beautiful track, the likes of which Beyoncé has never written before, provides a poignancy of the urgency of love in a fleeting world. 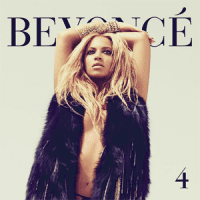 If there’s one thing Beyoncé has on her, it’s a set of lungs. The girl can sing like no one’s business, and it does become all too apparent when in songs like “1+1” she wants it to be known that her best asset is still her voice. A weirdly dark and touching love song, it begins with downplayed electric guitars as she professes: “If I ain’t got nothing, I got you!” But the darkness doesn’t truly come to light until she proclaims: “I don’t know much about guns, but I been shot by you / And I don’t know when I’m goin’ die but I hope / I will die by you!” Most likely meant to imply that she’ll be by her lover’s side when she goes, you can’t help but hear a morbidly dark undertone of death and love. It was an odd choice for a lead-in single to her album 4, but Beyoncé has always been on the forefront of change in the R&B musical landscape, and while at the time the pumped-up masses may not have been crooning for a laid-back ballad with hushed instrumentation, it did its best to gently guide others in her direction.

Beyoncé’s third album was preceded by an odd choice of single. This ballad saw Beyoncé sing to her seeming penis-envy; however, by the end of the song you realize that what she’s really singing about involves her superior handling of gender-related behaviour compared to most men — highlighting what men/boys get wrong in their treatment of women and life in general. Unfortunately, what Beyoncé blames on gender is in actuality simply the behaviour of an asshole, regardless of gender. Still, it’s a powerful sentiment that plays the blame game in such a way that Beyoncé comes out victorious. Not only is she shaming her lover, she’s chalking his shotty behaviour to gender faults — which doesn’t allow him much room for redemption.

Beyoncé’s first ever single as a solo artist still racks up as one of her best. Recorded and promoted as part of her first starring role in a major film, Austin Powers in ‘Goldmember’, it’s only fitting that she shed her girl-group beginnings and proved to the world that she was more than capable of sustaining your interest all on her own. Not that her work with Destiny’s Child wasn’t great, but it was this minimal Pharrell-produced gem that started her solo ascent into veritable stardom.

This stellar track and the one following, are without a doubt the best examples of popular R&B by any artist. Although not the lead-in single to her sophomore album B’Day, I’m sure it surprised even Beyoncé herself when, despite rhyming “minute” with “minute”, everyone was quoting “To the left / To the left!” It’s the kind of track that fortifies her empowered femininity, and just when you thought that was a cliché, she dismisses your impression and lack of respect with a simple “You must not know ‘bout me / You must not know ‘bout me / I can have another you in a minute.” She’s essentially stripped you of your ability to dismiss her as a hackneyed popstar by proclaiming that you are the one a dime-a-dozen. It’s awe-inspiring.

If “Work It Out” proved to the masses that Beyoncé was capable of breaking out on her own and sustaining a solo career, it was “Crazy in Love” (her second single) that solidified her undeniable superstardom. She wouldn’t just be a generic Rihanna, spouting track after track of throwaway radio hits, but rather create the kinds of anthems that were worthy of becoming obsessed over. Who didn’t have this track in their “Best of 2003” playlist? Who didn’t have Beyoncé’s booty and chaotic video etched into their psyche when this video was being played everywhere? Who didn’t break out into harmonized sing-a-long when the bridge to this song began and she sang: “Got me looking so crazy, my baby / I’m not myself, lately / I’m foolish, I don’t do this / I’ve been playing myself / Baby I don’t care!” I bet you just sang that line right now, didn’t you? Well, if there was ever any doubt, you need only have another listen to this super hit to be reassured that Beyoncé has earned her place as one of the greatest pop singers of our contemporary time.