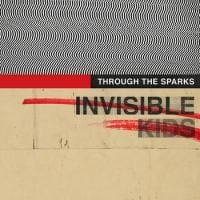 Through the Sparks
Invisible Kids
Skybucket

Through the Sparks is just one of many great bands quietly piling up in Birmingham, Alabama. As they prepare for their next proper album, the follow-up to the excellent AlimalibuEP, the band has offered up this odds ‘n sods collection, the surprisingly cohesive Invisible Kids. The set collects songs that go as far back as 2007 and captures every iteration of a band that has had its share of line-up shifts over the years. But despite constant change, the sound here makes for a wonderful cohesive whole, even if the parts spread out in all directions.

“Rome”, for example, is a skronky, lean power-pop number, charging on hard drums and edgy vocals surrounded by bits and pieces of keys and guitar. “American Hearts”, another standout, is a more bleary-eyed, shadowy thumper, drawing lines to the band’s narcotic version of the Stones’ “Ruby Tuesday”. “Last Dispatch”, on the other hand, is a straight forward, acoustic-based song, a bare-bones pop gem that peels away the layers other songs here build. These different studio tangents mesh nicely with live cuts here, especially the patient, lush space of “Invisible Kid”, which takes all this texture and renders it with immediacy on stage. Through the Sparks already have an impressive discography, but this collection shows just how many great sounds exist outside of their proper records. This is a carefully chosen set, and it does two impressive things at once: shows us the in-the-moment muscle of the band’s sound, and reminds us that sound is ever shape-shifting, ever evolving.