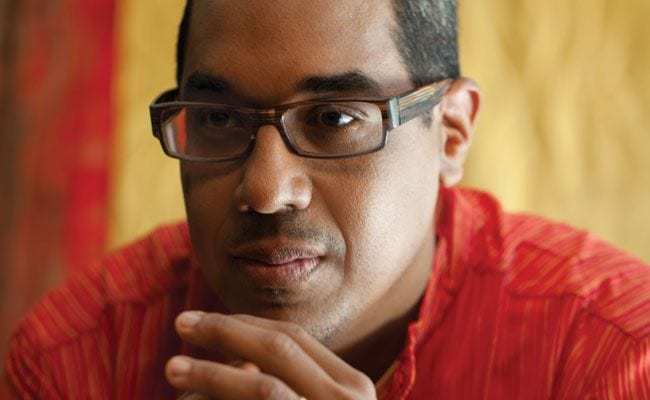 Jazz pianist Danilo Pérez works in the rarified air of modern jazz much of the time. He plays with the Wayne Shorter Quartet, a space of daring and thrilling jazz abstraction. What that music “means”, beyond its own thrilling vocabulary of feeling and musical exploration, is hard to say.

But Pérez also often works on music – also jazz but not just jazz – that comes with a story, the story of Pérez’s home in Panama. And Panama 500 is the remarkable follow-up to 2010’s Providencia, which refracted Panamanian folk music through jazz and classical lenses to create something bracing and new.

Again, Pérez aptly showcases his outstanding trio (with Ben Street on bass and Adam Cruz on drums) on most tracks, supplementing the band with strings, voices, percussion, and particular musical elements from the native Guna culture. The trio from Shorter’s group also plays on four tracks here, moving and responding to each other with characteristic sympathy and musical ease.

Providencia was excellent, but the knock on it might have been that it was a too-rich grab bag of different options, instrumentations, and ideas. Panama 500 is more focused, and therefore maybe slightly more successful. Four of the dozen tracks feature either Alex Hargreaves’ violin or Sachi Patitucci on cello, but most are primarily trio affairs, with some framing chants and extra percussion. Therefore, the light shines mainly on the leader and how he deftly moves with his trios through a series of rhythms and melodic modes.

The center of the record is the three-part “Canal Suite”, which starts with a light and nimble piano solo in dancing harmonic motion. The second part begins with hand drums and percussion, setting up ripping entrances by piano and violin before the dancing rhythms start with Street and Cruz in precise patterns playing something that seems to fuse classicism and Latin groove. Part Three is handed over to the astonishing modernism of the trio featuring Blade and Pattitucci, and the interaction seems four-dimensional and purely intuitive. It’s hard to call the “piano solo” anything of the sort, with bass and drums doing as much improvising and magic-making and Pérez. This suite is the album in perfect miniature

Some of the richest playing comes on the opening track where violin, hand percussion, native chant, and piano trio blend with orchestral power and complexity. It never sounds forced, with Pérez’s composition feeling utterly balanced and natural, even as it moves from one interesting section to another. Much of the music here is not “jazz” in the usual sense of melody-solo-melody but rather a set of themes that are enriched by embellishment rather than “soloed on”. What is written and what is improvised becomes wonderfully unclear.

Hargreaves stays in the band for the second (title) track as well, where things clip along on a fast Latin beat over which piano and violin play a catchy rhythmic figure that you won’t be able to get out of your head. The cello on “Reflections on the South Sea” is both lyrical and intricate as it intertwines with a melody that seems like a classical piece hit sideways by a Roger & Hart classic. On this track as elsewhere, some of the lasting influence of jazz pianist Chick Corea can be heard: a blending of lyricism, Latin rhythm, and dancing innovation.

Perhaps the most interesting thing on Panama 500 is “Abia Yala (America)”, featuring just the Pérez/Patatucci/Blade trio. This is a long track that travels much interesting territory, sounding like a soundtrack to a slow-developing documentary film. The atmosphere develops and shifts, with Blade coloring every movement in a full palette of colors. Pérez uses a chiming figure very effectively at times, and the whole tune uses repetition and interlocking patterns to great effect. The long developing section in the middle of the tune is a mesmerizing example of how all three musicians in a great piano trio can “solos at once” or not really solo at all.

But that is the story across Panama 500, as Pérez and his bandmates both expand the idea of what might be considered “jazz” and also maintain a focus on delivering these riveting compositions without bombast. With Pérez so successful in these fusions of Latin music and other forms — and so successful playing post-modern, up-to-the-minute jazz — one wonders if any of these labels really mean anything. For Danilo Pérez, it would seem that labels aren’t remotely helpful…or necessary.