We’ve come to expect it. Every spring, the snow melts (or, as with this year, sticks around for several unpleasant weeks for no good reason), the flowers bloom (less they are covered in ice or uprooted by tornados) and Hollywood unleashes its dregs, celebrating its end of the year awards by reminding us once again of how legitimately mediocre most movie months really are. January through April film are always a chore, since they represent the landfill where all studio cast-offs end up. Even when something hits and becomes a phenomenon — like 300 — it’s typically surrounded by trash, and as the weeks go by and the garbage piles up, it requires the grand sweeping gestures of the summer tentpoles to clean it all up. That’s why parsing through the last four months to find the Best and Worst can be so maddening. Sometimes, all you’ve got is cinematic compost. In other instances, the cream of the crop is something far outside the studio system.

In the case of 2014, what we find is that, in the arena of good, there are very few mainstream entries. Sure, About Last Night was decent, and Captain America: The Winter Soldier was sensational, but they couldn’t beat four films from outside the norm to find a place on the list (for the record, we do have one commercial hit here). On the other hand, finding bad movies was like shooting rotting carp in a tin container. While Labor Day, Hercules 3D, and Dark House all dared to broach our compendium of crap, it took far worse examples of the spring ‘thaw’ to enter our illustrious ranks. Remember, this is only our opinion. We here at SE&L are sure some in the readership are already apoplectic over our failure to include the latest post-Avengers adventure into the Top Five, while others may defend perhaps one choice on our Worst of overview. Whatever the case, no need to worry. The blockbusters will be here shortly to help us forget.

THE WORST
#5 – I, Frankenstein 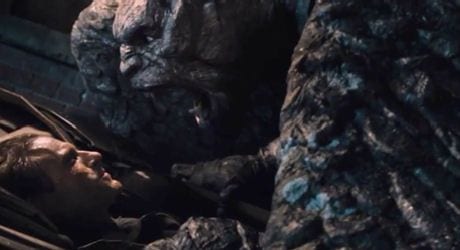 Your first warning should have been who created this post-modern horror mash-up mess. You see, I, Frankenstein comes from the mind of Kevin Grevioux, creator of the graphic novel upon which it is based. He’s also responsible for the Underworld franchise. He’s apparently fixated on the notion that, when all normality fails, the stuff of nightmares will have nothing better to do than go slo-mo wire fu on each other over past vendettas and flimsy folklore. Granted, for an African American artist to become so heavily ensconced in the genre mainstream is to be applauded. That his work is so meandering and mindless is something else all together.

The first film in this now burgeoning unfunny parody franchise was painful. It featured disconnected moments of supposed humor which were neither clever nor comical. So what does a studio do when it sees misplaced audience dollar signs? It orders up another made on the cheap installment. Marlon Wayans, who can be quite charming when he’s not acting like an idiot (see his work in Requiem for a Dream or The Heat for proof) has decided to outdo (and out dumb) the horribly hackneyed Seltzer/Friedberg duo at their own obnoxious spoof game. The results stink of stale jokes, uninspired satire, and no real idea how to legitimately lampoon something.

Vampire Academy isn’t a movie for the uninvited or the uninitiated. If it were any more niche, it would be made for one single career gal living in a loft apartment somewhere in BFE, Missouri. It drops us directly into the middle of this ripped off from Ancient Rome folklore and then keeps fiddling with the finer points knowing full well that only those versed in Ms. Mead’s mangled universe will ultimately understand just what in the Sam Lawson is going on. Sure, endless voiceover narration tries to keep us up to speed, but for the most part, it just adds fuel to our confusion.

#2 – Paranormal Activity: The Marked Ones

No movie from the spring of 2014 was more painful than this one — sometimes, almost literally. The unnerving use of a shaky cam strategy, one that abandons the static surveillance ideal from the previous four (sigh) installments, sent many a moviegoer to the lobby in fits of celluloid nausea. Then the equally stupid story caused even more discomfort. It’s hard to tell which was more egregious, the obvious pandering to a heretofore underserved Hispanic demo, or the lame way in which these Latinos were portrayed. If a movie can be a hate crime to both a race and an artform, it’s this one.

When Akiva Goldsman unleashed his own little passion piece of magical realism manure on unsuspecting fans of Colin Farrell (as if there are any still out there in moviegoer land) called Winter’s Tale, lovers of the book by Mark Helprin should have sued. Sure there’s miracles, mystical entities, and a scarred Russell Crowe as one of the Devil’s own, but all that bumbling brouhaha needed someone with skill in this particularly precarious cinematic subgenre, to really work. One false step and you end up with one false film. Thanks to Goldsman’s untried eye behind the lens, and a laughable amount of cinematic claptrap, the end result was something ridiculous, not revelatory. 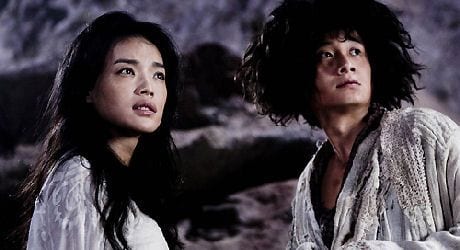 Journey to the West makes a viewer wish for two things. First, that we see more of Xuanzhang and his newly minted demon fighting cohorts in future films, and second, that Chow himself comes back to the bigs, either as part of this franchise or in some other separate film. His gifts, so prominently on display here, deserve a more frequent film airing. Here, he’s in top form. While we don’t get to see him personally up there amongst the heroes and demons, his stamp is all over Journey to the West. It’s what makes this flight of fantasy so much escapist fun.

The LEGO Movie is amazing. It’s a rollercoaster ride that’s all dips and loop the loops. It will have kids craving the latest play sets and adults smiling as they cough up the cash for even more interlocking fun. Set within a cinematic world of stop motion magic and CG/3D fills, it’s imagination infused with invention, resulting in an insane level of entertainment. Thanks to the premise and the possibilities it provides (a gold mine for anyone looking for culturally relevant targets), this is one of those experiences which seems to tap directly into your own sense of what’s clever and works the predetermined laughs out of you.

For nearly three decades now, Lars Von Trier has been stirring the cinematic pot. Be it with his deranged no-frills film foundation Dogme ’95 or his Hitler “friendly” rants at Cannes, he is good at keeping his name in the press while avoiding any direct critical impact on his films. While he’s always had a hand in his homeland’s burgeoning porn industry, his latest magnum opus wants to delve beneath the surface and flesh to find the true meaning in physical copulation. Instead, von Trier clearly intends to use perversion and the profane to same something quite profound about the human condition and he succeeds.

It remains one of the great unrealized film projects of all time. It also has one of the more interesting enduring legacies. Throughout the remarkable documentary Jodorowsky’s Dune, our charismatic subject celebrates the fact that he wanted to make a “movie as prophet,” creating something unseen by filmgoers circa the pre-Star Wars era. For him, it was all about the spiritual within the material and locating “spirit warriors” for support. In the end, Lucas and his dogfights in space won out, dooming this project to history. By revisiting and reciting said past, this film finds a way to release Jodorowsky’s vision directly into the mind’s eye.

Taking his preferred style of fighting and a real eye for excitement, Gareth Evans turns The Raid 2: Bernadal into his own gonzo Godfather. He loads on the operatic familial intrigue, sets up sons against fathers, gangs against gangs, and hired goons against hired goons for one of the most eye popping and mind blowing martial arts movies ever. If you thought the final confront in the first film between our unintentional hero Rama and the drug kingpin’s main hitman, Mad Dog (Yayan Ruhian) was amazing, you haven’t seen anything yet. In between the hand wringing and the blood betrayals, Evans offers up action sequences so staggering that they demand attention and future revisits.