As this year’s SXSW starts to slip into the realms of memory, this week sees its European equivalent — The Great Escape— kicking off in the UK seaside resort of Brighton.

Presenting over 400 new artists from around the world (as well as the opportunity to spend three days in arguably the country’s funnest city), the festival is an A&R man’s dream. It will also witness what harsher readers might term a veritable infestation of hipsters, all vying for bragging rights over the coming year about which Amazing New Bands they may or may not have been the first to see.

As with my preview last year, this list should in no way be viewed as definitive, if only because not every exciting new UK act is playing.

Rather, this will give you a guide as to which way the wind will blow over the next 12 months — as well as a few pointers to stuff that may otherwise have passed you by. 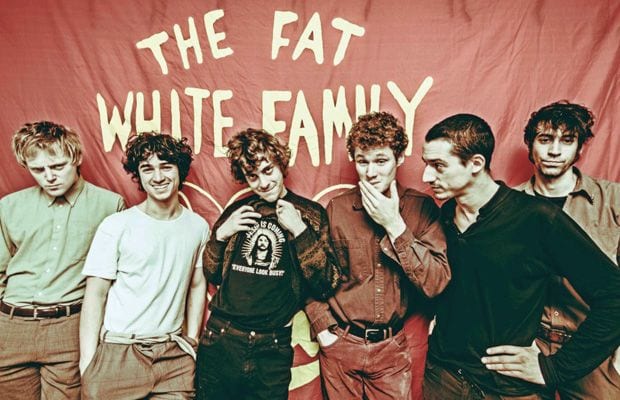 Given how industry clusterfucks like TGE inevitably resemble beauty contests as much as music events, it’s always refreshing when a band clearly couldn’t give a damn whether anyone likes them or not.

Keeping that in mind, there are a few things that you need to know about six-piece South London insurgents Fat White Family, who bring their own special brand of nasty to the festival Thursday and Friday nights.

1. Their debut album Champagne Holocaust — a deeply disconcerting mixture of proto rockabilly, queasy creepy-crawl pop and sexual innuendo — was one of the records of last year.

2. Their gigs, which have been described elsewhere as ‘feral’, have occasionally left audience members fearing for their own safety.

Having dutifully ploughed an outre-but-still-recognisable post-punk furrow with their first two albums, 2013 saw These New Puritans ordering completely off the menu with the angular, neo-classical, Field of Reeds.

The move saw them shift from merely critically lauded to worshipped, with comparisons now suddenly ranging from the divine Talk Talk to British industrial magi Coil. At the same time, their live show, which was never exactly just some dudes in jeans, also evolved, into a kind of brass-heavy alt pop chamber orchestra.

Their slot at Big Venue (aka the Brighton Dome) on Friday night will be a fascinating journey into the avant-garde indie hinterland, no doubt.

Just as interesting will be how the fans of the deceptively more by-the-numbers-sounding headliners Wild Beasts take to them. Love-fest, or the art rock equivalent of an angry Parisienne bourgeoisie kicking-off during the first performance of The Rite of Spring? We wait to find out.

(Probably the former, to be fair).

The email has just arrived, literally as I’m typing now. Good lord — Kaiser Chiefs are playing an, erm, ‘secret’ show (announced via Amazon ten days in advance) on the Friday of the festival.

For those unaware of this peculiarly British band, they pretty much owned the UK 2004-2008, releasing a string of semi-ironic, massively-popular sing-a-longs (including the really rather fabulous, almost impossibly insistent, “Ruby”).

They subsequently crashed in a perfect storm of over-exposure and marketing innovation-driven hubris (releasing an album where listeners chose their own tracklisting) and have been trying to recover that lost momentum ever since.

Most of all though, it’s that they’ve had the chutzpah to choose a cauldron of potentially slavering hipster hate to stage what you assume is a serious attempt to regain critical acceptance. I predict a… no, it’s gone.

Best-known until now through Rudimental’s “Waiting All Night”, 20-year old Ella Eyre might be the best hope — this year at least — for a credible new female soul voice to represent the UK on the world stage.

All the early signs are good, with her aforementioned vocal work lifting what would already have been a very solid piece of neo-drum ‘n’ bass to a higher plane. Her solo material meanwhile, what little of it we’ve heard, is fine, too — in particular hook-laden first single “Deeper”, during which she seems to channel croaky-old Roisin Murphy Moloko.

According to an interview given to the BBC (following her second place showing in their Sound of 2014 poll), if she had a spirit animal it would be a lion. This is probably fitting, not only because of her voice, but also the confidence with which she’s carried herself until now. Hopefully, unlike other recent Great Hopes for Brit R&B — say, the currently missing in action Arlissa — she can follow through on that early promise.

Like Chvrches last year, Royal Blood arrive with the indie hype machine already threatening to go into meltdown. (One Jools Holland appearance already; the words ‘The White Stripes with beards’ echoing up and down corridors at the NME… you get the idea).

The Brighton duo — drums; funky-ass fuzz bass/vocals — make hook-laden noise-rock, with each of their singles so-far subsequently revealing a little more of their sound. “Little Monster” shifts and undulates like a decent QotSA album track, while the stuttering, muscular “Out of the Black” makes you wonder what they’d sound like with a full band behind them.

Best of all though is “Come on Over”, which alongside some gentle blasphemy (“there’s no god and I don’t really care”) includes a chorus drop, which, if not quite “Smells Like Teen Spirit”, is at least neck-breaking enough to bring it to mind. 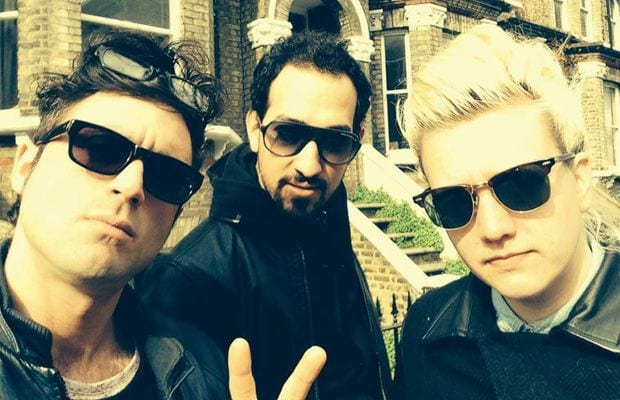 Having already supported Warpaint, Liverpool-based trio All We Are are set to make a real splash in Brighton this week and subsequently across the rest of 2014.

Consisting of two guys and a girl (all ex-students at Macca’s Institute for Performing Arts) the band deal in pretty-as-hell soul-inflected dreampop, out of which it would be impossible to identify any overriding influence.

All their singles so far have been cracking, with particular head-turners including “Feel Safe” (woozy, lazy Sunday morning ersatz-disco) and “Cardhouse” (Arcade Fire and Midlake wake up together wondering what happened following a particularly rough night).

Best of the lot is “Utmost Good”, in which the band slow down “Saturday Night Fever” to a crawl as a background over which to lay their slinkiest Prince falsetto.

Of all the many phrases in the British pop music lexicon, one guaranteed to get all but the most hardened Radio 1 listener running for the hills is ‘urban collective’. (Three words — So Solid Crew; one and a quarter words — N-Dubz).

Thankfully, Jungle, a publicity-shy duo from London, look like they might be about to break the cycle of mediocrity by (whisper it) actually having a clue.

Since their formation last year, the band has released a string of singles prompting all kinds of internet taste-makers to reach for comparisons ranging from TV on the Radio to Curtis Mayfield. (The eerie, loping “Platoon” is the best so far, but any of them will see you right.)

Live they apparently transform themselves into a seven piece, while they’ve also hinted in interviews that they might be part of a larger movement taking in visuals as well as music. (Their videos are extraordinary). Curiouser and curioser…

As listeners of BBC Radio 4 will know, the station (motto: ‘all opera reviews/evensong all the time’) isn’t exactly the most fertile ground for coming up with exciting new band name ideas. (The best anyone’s done up until now is probably spectacularly adequate ‘90s dance punks Radio 4, who went with, well, Radio 4).

Anyway, nomenclature issues aside, the band make a kind of poppy-shoegaze hybrid that occasionally (e.g., the ‘80s Fleetwood Mac-esque “Conversations”) sounds positively Californian. Their first single, “Jenni”, is a paean to Woman’s Hour presenter Jenni Murray. I like them.

You wait all year for the next big rock/art project duo thing to come along, and then two candidates appear at once. (See also Royal Blood, above).

Glasgow all-girl combo Honeyblood formed a couple of years ago over what you can only assume was a mutual love of The Jesus and Mary Chain, Teenage Fanclub and the Breeders. They have since released a barbed-wire daisy chain of singles, each one a perfectly-formed chunk of beguiling teeth-bared grunge pop.

Highlights so far have included the irresistible “Bud”, which sounds like The Byrds on a budget, and the aching, paranoid but still sweet-as-honey “Choker”.

PopMatters is particularly fond of the frankly delicious burst of sunshine that is “Kissing on You”, which contains this piece of Zen wisdom – “I can’t think of anything better-to-do than spend my day kissing on you”.

Since it began in 2006, one of the things that The Great Escape has always been good at it is being ahead of the game when it comes to new pop auteurs. (UK-based or not). Last year, for example, witnessed sets by both King Krule and Dan Croll, while in 2012 Grimes heralded her subsequent status with a glittering 30 minutes at one of the smallest venues in the festival.

This year’s probable big noise is East India Youth (aka William Doyle), a 23-year old from Bournemouth who makes shimmering polymath dance pop, and has already released a contender for album of the year with Total Strife Forever. (See what he did there, Foals fans?)

His instrumental work betrays a range of influences, from Underworld (the diamond-hard, swirly Hinterland) to 20th century classical composition. On the occasions vocals appear meanwhile – such as on the gospel-inflected Dripping Down – we sense exactly the kind of exuberance and vulnerability you would hope for from an intelligent, sensitive young man in his early 20s.