“But what I REALLY want to do is direct…”

It’s an adage so ancient amongst Hollywood types that the last time it was original, dinosaurs were battling leprechauns for control of Middle Earth. It seems like everyone in the business wants to sit behind the lens, offering up their unique vision to a world already weary of such motion picture promises. Actors who think they know better than those bellyaching at them turn to a place behind the camera all the time (and sometimes, they’re right!). In other instances, a stellar career in front of the lens or behind a laptop leads to a chance to cash in such commercial credits for your one (and often only) chance at celluloid self-expression. In either case, the results can frequently be very good. Several name auteurs both past and present got their start either playing a part or putting pen to paper. On the other hand, there are an equal number of would-be movie maestros who ended up insulting the artform with their foray into novice filmmaking.

We mention this because screenwriter turned scandal Roberto Orci has just been confirmed as the director for the upcoming Star Trek sequel. While the movies he’s been involved with as a writer have almost all made money, he has absolutely no experience as a filmmaker. None. As we said in a think piece recently, his hiring is like asking someone with a knowledge of fine ingredients to make you a gourmet meal… and said pseudo-chef has no idea how to use a kitchen. There is more to being a director than “ideas” or “vision”. It’s often been called a series of micromanagement decisions that frequently contradict and/or conflict with those already made or that will be determined later. Orci’s inexperience will be an albatross around his neophyte neck until he can prove we critics wrong. On the other hand, here are 10 examples of writers turned wannabes that, so far, haven’t worked out all that well. They may be able to put a good script together, but their efforts in the director’s chair have been painful at best.

Oh, and by the way, we left off Jason Friedberg and Aaron Seltzer off on purpose. They are beyond bad. 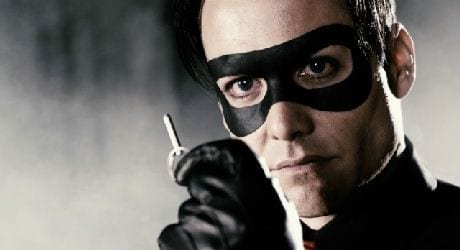 Though some technically consider his work with Robert Rodriguez on the first Sin City to be his directing “debut”, the famed comic book writer and graphic novelist struck out on his own with this oddball take on the famed ’40s hero by Will Eisner. Audiences, expecting more four panel excitement got instead a series of bizarre performances, some surreal storytelling, and more computer generated splash than coherent cinematics. While there are a few of us in the fanbase that find this to be a defiantly guilty pleasure, it’s safe to say that, without Rodriguez and his commitment to Sin, Miller won’t be sitting behind the lens alone anytime soon.

Throughout the ’90s, David Koepp was a known name. He wrote or co-wrote Death Becomes Her, Carlito’s Way, and two monster hits, Jurassic Park and Mission: Impossible. So for his mandatory reward, he was given the chance to loosely adapt a British documentary series about science and humanity’s interconnections. Specifically, what happens to society when technology shuts down and it is left to its own devices. Some critics enjoyed this thoughtful, albeit boring overview of our microcosm in chaos. Audiences, however, rejected what Koepp had to offer. Since then, his other directing efforts (Stir of Echoes, Ghost Town, Premium Rush) have meet with indifference.

Novelist turned screenwriter William Monahan only had one previous credit to his name — Ridley Scott’s epic Kingdom of Heaven — when he took on the adaptation of the brilliant Hong Kong thriller Infernal Affairs. The result was the Oscar winning The Departed, earning its author an Academy Award. So naturally he was given a chance to direct his “dream project” (we’ll be hearing that a lot in the next few paragraphs). Taking on Ken Bruen’s British neo-noir novel, he crafted this craptacular piece of self indulgence, an effort which clearly indicates why he should stay behind the keyboard.

Yes, for this entry, we are discounting the little seen sexual awakening effort The Journey of Jared Price. Instead, the writer of Pedro, J. Edgar, and Milk (for which he won an Oscar), decided to deconstruct small town shenanigans with an attempted satire which struck none of the right notes and ended up becoming a little seen disaster. Even with such talent as Ed Harris, Jennifer Connelly, Emma Roberts, and Toby Jones involved, the humor was flat, the characters cartoonish, and the overall tone a terrible combination of mismatched styles. While his ongoing support of LGBT issues is commendable, his efforts behind the lens are not.

You know you’re in trouble when the main character of your supposed religious satire is named…Lamb. That’s right, from the mind of Juno and Young Adult comes a droning, ditzy comedy about a sheltered innocent from a faith-based family who loses her beliefs after a plane crash nearly kills her. Grabbing a wad of cash, she heads to Vegas to sew the wild oats she has held back on for so long. Naturally, she meets a bunch of quirky characters. While Cody shows some promise as a filmmaker, this movie is just plain dumb. Unless you sync up with Lamb’s sensibility, you’ll find yourself praying for relief. 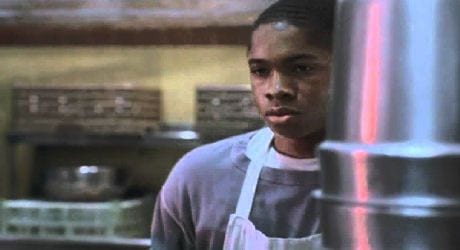 David S. Goyer has earned the reputation as one of the go-to guys in Hollywood superhero movie adaptation. With credits for The Crow: City of Angels, Blade, and Batman Begins, his name is constantly quoted as quality, though his previous efforts (Demonic Toys, The Puppet Masters) would suggest otherwise. For his first turn behind the lens, Goyer adapted a novel by Landon J. Napoleon about an autistic boy who steals money from his boss to give his abusive dad. Naturally, Pops uses the cash to pay back a loan shark. Sounds like a winner, right? Those who’ve seen it confirm that it’s not.

Another first time director. Another dream project. Another dismal failure. Thanks to the one-two punch of his old coot comedies Grumpy Old Men/Grumpier Old Men, Mark Steven Johnson got his box office begat chance at cinematic stardom. He decided to take on John Irving’s cloying novel about a deformed boy who believes that God has chosen him for a higher purpose. Eschewing subtlety for more over the top tearjerking schmaltz, the end result was so earnest and saccharine that it practically dared its audiences not to cry. Of course, when you looked beneath the surface, none of Irving’s insights or invention were evident.

This remains one of the most notorious titles on this list, a 20 year plus labor of love that ended up being laughed off almost every screen it ever appeared on. Mitch Glazer got his start writing for music magazines before partnering with original Saturday Night Live scribe Michael O’Donoghue for the Bill Murray smash Scrooged. With such success came the idea of bringing this weird romantic parable to the life. The narrative sees a musician (Mickey Rourke) rescuing an angel (Megan Fox) from an evil gangster (Bill Murray) The fact that the final twist is one of the most hokey in all of creative writing adds insult to aesthetic injury.

So slack and self-indulgent that even hipsters find it unbearable, this opening salvo in Akiva Goldsman’s continuing capitulation to his own talentless tendencies makes most of the movies on this list look like masterworks. Sure, the magic realism of Mark Helprin probably played better on the page. The Oscar winning screenwriter (for A Beautiful Mind) should have left it there. From the groan-inducing analogies and casting (Will Smith as the Devil???) to the mangled mythology on display, this good vs. evil gunk was about as romantic as a spinal tap, and twice as painful. Here’s hoping Goldman never gets another chance to soil the director’s chair ever again.

So you’ve just won an Oscar for your solid strip down of suburban angst, American Beauty. You’ve also created and guided the HBO hit Six Feet Under throughout most of its run. So what do you do for an encore? Why, you make a horrendous movie about intolerance, based on a novel by Alicia Erian. While a 13-year-old Lebanese girl being molested by a ex-military man sounds like the stuff of a real blockbuster (including nods to pornography and rape), someone should have stopped Ball before he made this atrocious affront. Passive pedophilia really has no place in the movies. That’s all this film had to offer.