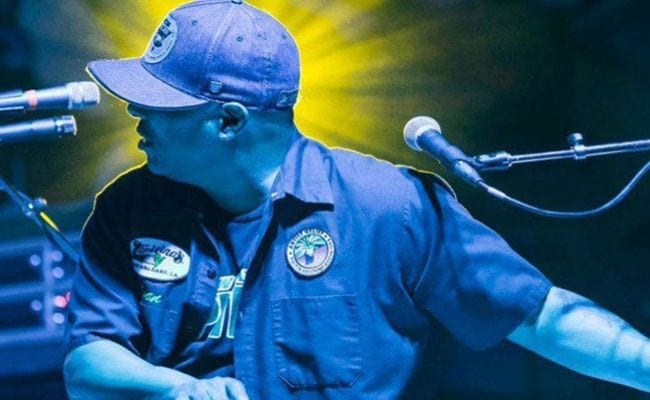 The Mile High City has long been renowned for its happening music scene, but the local vibe has soared to even loftier heights since the legalization of cannabis back on New Year’s Day. Denver has largely supplanted San Francisco in recent years as the place where adventurous young people relocate to be at the heart of the jam rock scene. This is due to a harmonic convergence of the thriving music scene with the lower cost of living and the greenrush that has accompanied the legal cannabis.

Labor Day weekend has also become a special holiday in the scene due to what this year was the fourth annual appearance of Phish for a three-night stand at Dick’s Sporting Goods Park, the charming soccer stadium in nearby Commerce City that has become legendary due to the band’s highly praised shows there. Denver’s central national location makes the Phish Dick’s weekend something of a national convention for the Phish Nation, which sold out two of the three nights at the 27,000 capacity stadium last year. And any good convention needs a kick-off party.

Enter Dumpstaphunk and Everyone Orchestra, who booked Cervantes Masterpiece Ballroom and Other Side room for a Thursday night blowout to get the festivities started right. Dumpstaphunk even billed the show on Facebook as “a Special Pre-Phish Party”, showing how tuned in they were to the weekend’s main event. But these New Orleans groove soldiers have become event makers of their own, evolving from a Jazz Fest side project into one of the nation’s most reliable and prestigious sources of funky jams over the past decade. Keyboardist/founder Ivan Neville is from the first family of funk and you can hear his royal pedigree in everything the band does. There’s a groovy sense of authority that comes with being the son of Aaron Neville, and nephew to the Neville Brothers.

Ivan has put together quite a groove machine with dual bassists in Nick Daniels and Tony Hall, and cousin Ian Neville on guitar. Hall knows something about the Phishy scene too, having previously played bass in the Trey Anastasio Band. New drummer Alvin Ford Jr. has stepped in to enable the band to keep jams flowing after the recent departure of Nikki Glaspie, who left after three strong years to lead her own band the Nth Power.

Anticipation runs high for this Thursday night funk fest, but some are sadly delayed by forces beyond their control, aka airline delays. There’s little that can be more frustrating than a one-hour airline delay on a tight schedule that results in still driving toward Cervantes from DIA as a friend texts pictures of Phish bassist Mike Gordon sitting in with Dumpstaphunk, doh! But the band is still jamming deep upon arrival, as the funk continues to flow. A couple of “phriends” from the scene are exiting for some fresh air as this reporter’s party arrives.

“Hey, we sadly just arrived. What did Mike play with Dumpstaphunk?”

“Whatever he wanted,” came the pithy answer. But of course. It was like the big one that got away in The Simpsons episode where Homer lands the giant fish, but no one is there to see it. Gordon was even still hanging around back by the bar, chit-chatting with fans and showing that he’s very much still into the scene himself.

But leave it to Dumpstaphunk to keep the party going towards another memorable peak. And so it was soon thereafter when the band launched into a dynamic rendition of Funkadelic’s classic “One Nation Under a Groove”. This reporter was lobbying for Phish to cover the seminal funk anthem as far back as their Great Went festival in 1997. To finally hear it in a semi-Phishy context at this juncture was truly sublime. Dumpstaphunk delivered the anthem to freedom through dancing with a triumphant vigor that made it feel like Cervantes was the center of the universe. Maybe getting down just for the funk of it could indeed help unite the world in peace and harmony.

The band kept the groove train steaming as they moved into their own related anthem, “Dancin’ to the Truth” from 2013’s Dirty Word LP. It was a brilliant pairing, segueing from an old school anthem into a fresh new jam that pushes the power of the funk further. The room united under a groove one more time, but soon the show was over. However, this being Denver, there just happened to be another amazing band playing right next door in Cervantes’ adjacent Other Side. The Everyone Orchestra was playing their own pre-Phish party and the good times continued to roll.

Ringleader Matt Butler was conducting an all-star ensemble that included Furthur’s John Kadlecik and the New Mastersounds’ Eddie Roberts on guitars with former STS9 bassist David Murphy on the low end, Particle’s Steve Molitz on keys, String Cheese Incident’s Jason Hann on drums, the Trey Anastasio Band’s Jen Hartswick and Natalie Cressman on trumpet and trombone, Bridget Law from Elephant Revival on fiddle and the Motet’s Jans Ingber on congas while sharing vocals with the ladies. The group’s lineup is ever-changing as Butler pulls strings throughout the jamrock community to arrange these all-star improv soirees. But this surely had to be one of the best lineups yet to revolve around Butler’s quasi-shamanic conducting.

Molitz delivered a deep psychedelic solo over a space funk groove that led to Cressman singing about “you and me make one”. A blissful jam ensued with Hartswick soloing on trumpet. Murphy, Kadlecik and Hann built the layered groove in a skillful fashion, recalling Murph’s work with the Santa Cruz Hemp All-Stars project near the turn of the millennium. The tempo soon picked up as Law fiddled over a cosmic jam that took on a Pink Floydish flavor. This was clearly the place to be now, especially when Ivan Neville re-appeared for a funky jam where he and Molitz pulled double duty on the keys. The amount of talent onstage was staggering and it was one of those shows that fans can only revel in for the moment will soon be gone.

The Phishy connections came full circle when Butler directed the band into one of Phish’s famous “filling your hey-hole” jams, an improv exercise where each band member takes a fill in succession to keep the jam going. It was an epic rendition with some 10 band members onstage, yet the jam flowed as if the group had been playing together for years. It felt like the show was about to wrap, but then the Everyone Orchestra took it to the next level by launching into a rocking groove that distinctly recalled the Grateful Dead’s “Eyes of the World”. It seemed apropos since the Dead are the band that pioneered the jamrock scene. The whole room started moving and grooving in ecstatic fashion once again. Butler acknowledged the good vibes and impending holiday with a literal “Phish Dick’s weekend” vocal jam that had everyone smiling as the band continued to rock on. By the time it was all over, the Everyone Orchestra had gone well past the 2 a.m. advertised end of the show as the clock was now approaching 3 a.m.

Cressman and Hartswick sat in with Phish the next night for a “Suzy Greenberg” to close the band’s first set in triumphant style, with fans having pleaded all summer for a guest horn section to join the band. Then Phish gave everyone what they wanted in the second set with a 21-minute “Simple” jam for the ages that saw the band at the height of their melodic improv powers. “We’ve got it simple, because we’ve got a band,” sings the quartet on the anthemic tune. It’s a sentiment that could speak for the entire jamrock community. Whether its Dumpstaphunk, Everyone Orchestra, Phish or any number of other bands in the golden age of sound that is the 21st century music scene, the right jam in the right place at the right time makes this crazy mixed up world feel like all is well.