So, you’re a horror fan. A dedicated follower of dread. You’ve seen all the classics and suffered through hundreds of hackneyed wannabes. Whenever October roles around and the studios start thinking about scares, you head over to your favorite fright-oriented website and read up on all the potential paranormal activity to take place. You eagerly anticipate a date at the local Cineplex, or more times than not, an epic streaming across several VOD platforms.

Usually you’re disappointed. Sometimes, you’re rewarded. And even after all that, after numerous revisits to a certain cabin in the woods or a haunted ’70s-era farmhouse, you’re still not satisfied. You want more, and not just the junk that Tinseltown thinks is frightening (like sudden shocks in front of a surveillance camera).

Well, we’re here to help. Of course, being a connoisseur of all things creepy, this alphabetical list of ten horror movies you need to catch up with may already be old news to you. After all, macabre mavens will search long and hard for something, anything original and exciting within their favorite cinematic style. It’s their purpose in life.

Of course, just like taste in music and/or favorite foods, not everyone will agree on the choices here. In fact, there are at least two titles among the others that will probably see significant hatred based on the credited director’s name alone. Still, for those who need their fill of fear, or who’ve gone through every possible permutation of the entire Friday the 13th / Halloween / Nightmare on Elm Street series, these movies might just surprise and scare you.

The House of the Devil 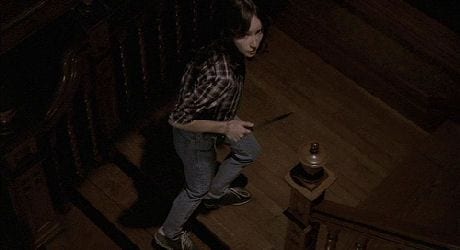 Ti West is one of the most interesting new horror directors around. While James Wan lays claim to reviving the old school ’70s horror film, this fledgling fright maestro has made several equally effective outings. This is one of his best, a suspense filled journey into Satanic slasher strangeness. When a young woman agrees to be a “babysitter” for a family, she doesn’t realize that the job comes with a price: her soul. By working within the expectations of the genre while avoiding the gore and splatter of the contemporary creepshow, West delivers some incredible scares.

After the blood soaked excess of their brilliant Inside (about a brutal battle over a fetus between two women — seriously), you’d expect the French fright filmmaking team of Alexandre Bustillo and Julien Maury to deliver something equally bloody. Instead, they pull back on the arterial spray a bit to instead delve into more fantasy-oriented fear. With a bow to Dario Argento’s Suspiria (everything centers around a suspicious ballet teacher and her ex-students), the duo do their damnedest to create what they refer to as a Grimm’s Fairy Tale with the arterial spray left in. They succeed in sadistic spades.

Speaking of Argento, no one has made a more brilliant and baffling homage to the man’s films (and Italian horror in general) than the famed rocker turned auteur. There are even snippets of Ken Russell and Stanley Kubrick in this excellent slow burn descent into devil-worshipping madness. A young female DJ is sent an odd album by the title group, and once she plays it, becomes overwhelmed by a sense of doom. Turns out, the apartment she rents may contain a doorway to Hell. After building layer upon layer of tension, Zombie finally goes into overdrive, turning the ending in masterwork of mindbending macabre.

For those who will step out on their date for the prom, they’d better consider this rousing Australian torture fest. Based a bit in the by now DOA dynamic established by Hostel and the latter Saw films, the story here centers on a troubled young man who is kidnapped by a girl he stood up for the school dance. With her incestuous father’s help, our heroine struggles to find a “prince” among many “frogs”, drilling holes in the head of those who don’t meet her ‘royal’ requirements. While there is a lot of violence here, there’s also a lot of pitch black humor.

The original William Lustig nasty from 1980 gets a shaky-cam make-over, and the results are sensational. Elijah Wood takes over for the late, great Joe Spinell and uses his disarming cuteness to really sell the shivers. As a young man obsessed with bringing his whore mother “back” from the dead, the Lord of the Rings star slashes his way through one victim after another. The gimmick here is that director Franck Khalfoun films everything, everything, from the killer’s POV, resulting in a scary movie experience that’s both unique and still highly visceral. One of the best remakes ever. 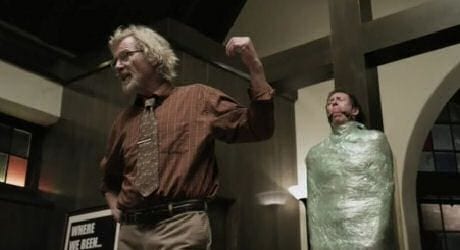 With his far less frightening Tusk dive-bombing at the box office, it’s time to take a moment and remember when Kevin Smith first tried his hand at horror. Using the intolerant cruelty of a Westboro Baptist Church-like religious cult and the simultaneous subtexts of sex and The Rapture, the Clerks icon creates a two part descent into hate and human nature. A bunch of teens looking for online “love” stumble upon a member of Pastor Abin Cooper’s “flock”, and he doesn’t take kindly to perverted outsiders. Before you know it, the FBI is on the scene while bodies are piling up in the crawlspace beneath the altar.

An anthology at its core, this unique narrative experience will instantly remind the viewer of cold Fall nights, years ago, when 31 October was a date to be reckoned with. A quasi-classic, this exceptional look at what Halloween really means is the byproduct of writer/director Michael Dougherty’s desire to craft,= what he lovingly refers to as tales of “mayhem, mystery, and mischief”. Perhaps the most surprising thing about this love letter to ghosts, ghouls, and goblins is how accomplished it is. With only a few scripts under his belt (he co-wrote X2 and Superman Returns), Dougherty turns out to be as visually compelling as Tim Burton, or even Terry Gilliam.

It really shouldn’t work, considering that it drags out two old fear formats — the handheld horrors circa The Blair Witch Project and the previously mentioned anthology — as the basis for its boos. But thanks to the talent behind the lens, including Witch‘s Eduardo Sanchez and The Raid‘s Gareth Evans, and the storylines chosen (zombie attack, crazed Asian devil cult, alien abduction) this second installment in the series really shines. In fact, the undead and religious ritual portions contain some of the best cinematic terror of the last few years. The first film was just tolerable. This sequel is terrific.

From the same insane mind that created the brilliant war analogy The Last Circus comes an equally unhinged horror comedy featuring a group of desperate men, dressed like Jesus and a green Army man toy, escaping to a nearby woods after robbing a bank. They end up in a place ruled by evil, cannibalistic witches. The first half of the film is a hilarious tribute to men’s inability to understand (and satisfy) women. Once we get to the forest filled with crones, director Álex de la Iglesia delivers his standard batshit bravado. Not as good as Circus, but terrific in its own warped way.