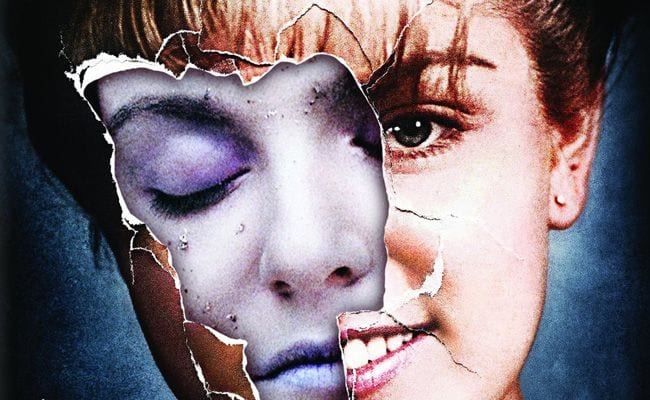 Twin Peaks has, until recently, been a victim of technology. This series, which mixed extreme Technicolor hallucinations with the cloudy greys and subdued greens of the Pacific Northwest, suffered from a time of limbo between sophisticated restoration and just scanning the latest prints to get something into the market as the format changed.

Shot on film, but delivered through very small screens, Twin Peaks never met the cinematic aspirations of its creators. It was always a show that wanted to immerse its audience, but all of its energy was stuck working through tiny screens like a lion embarrassingly controlled by a flea circus wrangler. Although “Fire Walk with Me” delivered a big screen experience, the prequel only served a small audience of hardcore fans with a few tidbits of pre-sight, and perhaps mostly left them more so than ever, wanting to see the television series in full cinematic glory.

Well, the times we live in are the times we live in, and for those who purchased the “Gold Box” DVD the times weren’t right yet. The sometimes muddy, not-so-complete edition left the Lynch/Frost atmosphere feeling a bit like the Pacific Northwest had fallen victim to Southern California’s dryer climate during postproduction. The story was there, the quirky performances and the strange characters, but as an artifact of television history, it left much to be desired. Think of the “Gold Box” DVD as a poorly preserved mummy, exposed to too many tourists in a room without climate control.

So how does a company like CBS, which inherited this icon, salvage it? How does it dredge up and assemble bits and pieces from the historical archives in order to create what is essentially a new experience? Twin Peaks existed before 16:9 and HD. No one has seen it in this format, even in a well curated state, let alone a technically superior one.

Technology changes everything, and film is no exception. Because Twin Peaks was filmed and not taped, it exists on good quality 35mm film, stored in the bowels of Pennsylvania and elsewhere, in mislabeled boxes and crates that turned transferring a film into a digital file something more akin to an Indiana Jones adventure.

The restoration was clearly executed with care and finesse. Every possible scrap was painstakingly collected and restored. Although the show was filmed, some of the other material was video transferred, and even here, the digital magicians at CBS did an outstanding job of making HD out of SD. The log lady intros from the Bravo re-airing of the show don’t come up to the same level of quality, but they are much better than anything still on a VHS tape, stacked in your hall closet with a Post-It Note that reads: Twin Peaks, Season 1 episode 4. They avoided pan-and-scan or edge stretching that would yield a 16:9 image, choosing rather to pay homage to its era, and present the show in 4:3.

This ultimate restoration accomplishes a win on two fronts: it satisfies the needs of collectors for the ultimate artifact that brings nearly every known element into a single box that can easily be cradled in one hand—but perhaps more importantly, it creates a more modern experience that might bring in a new audience, an audience raised on the Internet, continuously connected to smartphone, an audience for whom Laura Palmer is perhaps a just girl they know at school, and Twin Peaks is a reference to the same girl wearing too tight a sweater. The surreal world in which modern television watchers live is perfectly attuned with artistic sensibilities of Foster and Lynch. As I re-watch the episodes, sadly, I think about how viral this bit or another would be as a standalone YouTube video. The absurd attracts and there are not many shows that dole out the absurd like Twin Peaks.

Tidbits can be found throughout the special features, from a remastered and extended featurette “A Slice of Lynch”, that reunited the director and co-creator with actors Kyle MacLachlan, Mädchen Amick, and Twin Peaks associate producer John Wentworth. The disk set also includes “Between Two Worlds,” a Lynchian interview twist with a segment that includes Ray Wise (Leland Palmer), Grace Zabriskie (Sarah Palmer), and Sheryl Lee (their daughter, Laura Palmer) reminiscing about their show experience, but not before another interview in which they reprise their characters as interviewed by Lynch.

Twin Peaks also has a rather convoluted legal history. It took years to negotiate who owned what pieces and what could be done with those pieces. I won’t recount that saga here, but suffice it to say, less a couple of audio commentary tracks and interviews known from older DVDs, this boxed set is exactly what it says it is, the “complete mystery”.

Now let me back peddle a little after writing that last phrase. When I write “complete mystery” that is what I mean. Although pretty much all the material that exists related to the show has been collected here in a way that an equivalent reconstruction of Parthenon would leave that edifice in pristine Seventh Wonder Glory—but like the Parthenon when it was new, an onlooker beholding it would know nothing more about the existence or non-existence of the goddess Athena than if he or she was looking out into the ocean.

Owning the Blu-ray of Twin Peaks provides the mystery in all of its details, The questions remaining about the red room or Agent Cooper’s fate endure. The only mysteries resolved are of a production nature. The central mystery behind the mystery remains just that. On the fate of Audrey, and how Bob and Agent Cooper are getting along after all these years, all every disk is mute.

Also mute is CBS on the process. The archeological analogies aren’t simple metaphors. The digital reconstruction of old television shows, more so even than old movies, is a true archeological experience with the same thrills of discovery, albeit on a smaller scale, as Howard Carter uncovering the King Tut treasures in the Egyptian tomb known simply as KV62. Explorers must enter caves, search for lost artifacts, restore and reconstruct the bits and pieces, and eventually decide how best to share their findings with the world in a way that the citizens of the world can learn and enjoy the fruits of labor from the original artists, and those who so painstakingly invested their lives in recovering the legacy.

If you think about the box as a digital museum, the designers have done a fine job of displaying and providing access. One element of a good museum, however, is missing, one crucial element that all good museums offer, a great visual guide. The internal documentation tells you that different disks contain “special futures”, but they don’t tell you which ones. A visual map of disk set would be a good addition to next edition. Museum curators must pick and choose. Their jobs is to tell a story. The picking and choosing here did not include everything that could have been included, no books, like Secret Diary of Laura Palmer made it, nor The Autobiography of F.B.I. Special Agent Dale Cooper: My Life, My Tapes, and not the audiobook of the Diane tapes. And many spoofs and tributes also failed to make the cut.

But to some degree, that is OK. This is the core work, and much of the peripheral material is meant for collectors to collect. Perhaps some viewers will find a reignited passion that includes a trip ABE Books for some Agent Cooper inspired detective work.

If you overlook the failure to guide the journey, the heavy box with its file-like flip-up disk holders with velum contents pages look great, fit the theme of the show and offers good protection for the collection. If you want to have some YouTube fun, watch me follow Kimmy Robterson’s (Lucy Moran) instructions on how to open the box set.

I remember the series fondly, and it strikes a personal note. Just a couple of miles from my house, Snoqualmie Falls still rumbles over a cliff’s edge, attracting more visitors than other sites in Washington State. These are the falls that grace the opening credits of Twin Peaks, just adjacent to Salish Lodge, which represented the Great Northern exteriors in the pilot. Not far up the road is a turn-out where the “Welcome to Twin Peaks” sign once stood in all its temporary Hollywoodness.

The Cherry Pie at Tweeds, known in Twin Peaks as the RR Diner, is real and is still serving diners daily, though it doesn’t provide donuts (which weren’t Northwest creations, but rather delicacies from Monrovia Bakery in Monrovia, California)—and the big log still sits in downtown Snoqualmie, a bit less exposed than during the filming of the opening shots while the Reinig Bridge, aka, Ronette’s Bridge, still spans the Snoqualmie River as part of the Snoqualmie Valley Trail. As cars head east out of the Snoqualmie Falls parking lot, along the right side of the car heading into the city of Snoqualmie, train car after train car still line the road like a steampunk graveyard.

If you loved Twin Peaks you will likely treasure this restoration. It will remind you of all that was wonderful and odd, sweet and quirky, intriguing and terrifying. It will remind you of what television can be when unshackled from the humdrum of prosaic procedurals—it will demonstrate what television can be when mixed with poetry. And unfortunately, it will also provide ample evidence of how a show can lose it soul when creators get distracted.

As for the Millennials, this set may help them realize that people made cool videos even before YouTube existed, and remind them not to be so dismissive of their elders, least they miss something that will jar their self-reflective sensibilities more than a level up on Assassins Creed or getting a “like” from the boy next door about the latest homework complaint post. If nothing else, when Bob tries to friend them, they will know to run.

So come on up, have some cheery pie, a cup of joe, and we’ll tell you what kind of trees you are looking at.

Sheriff Truman: OK, I’ll bite again. Why are you whittling?

Dale Cooper: Because that’s what you do in a town where a yellow light still means slow down and not speed up.