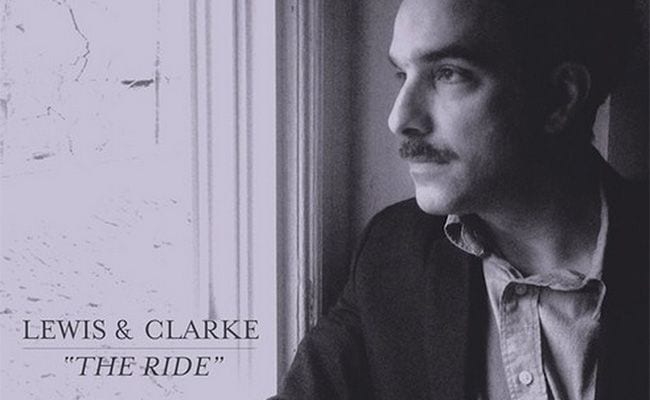 This fall, Lewis & Clarke, the musical project from singer-songwriter Lou Rogai, released the excellent and expansive Triumvirate. It was Rogai’s first new release in five years. A short documentary, titled The Silver Sea, portrayed the album as a document of closure, of moving on from a tumultuous chapter in Rogai’s life. Now, Rogai presents the next chapter in that story with a new video for “The Ride”, perhaps the best song on Triumvirate, an album full of them.

The video features his son, Julian, and his fiancée Nicole, and gives us a story not of closure, but of a new start, of working to find your place. Young Julian finds keys and tools hanging from a tree and stands in the autumn light, picks one, and brings it to Nicole. Meanwhile, Rogai travels through the woods towards them, to find them. “We were meant for this place,” he sings late in the song, and as strings and Rogai’s voice swell into the chorus, it seems to take flight amidst all these tree, all this atmosphere. It’s a story about a family finding its path, but light itself feels like a character here, or perhaps an extension of the three main players in this story, the thing they give off. The visuals are stunning, the song huge and open-hearted, and the effect lasting. “The Ride” is a personal tale that resonates universally.