Over the weekend, in a low key announcement it hoped would fly way under the PR radar, producing studio Paramount announced that Roberto Orci, the director responsible for handling the third film in the newly rebooted Star Trek franchise, had been relieved of his duties. For some, this was expected. Orci is a famed screenwriter, and he’s at least partially responsible (with former writing partner Alex Kurtzman and filmmaker J.J. Abrams) for invigorating the beloved sci-fi series’ stalled fortunes.

On the other hand, he had never directed a feature film before. Also, Orci provoked the anger of Trek Nation by browbeating the fanbase over the affection (or lack thereof) for 2013’s Khan-oriented Into Darkness. It was a gamble. While he said all the right things during the original honeymoon media phase, apparently he was not prepared for an assignment of this magnitude.

Now, as Paramount struggles to find someone to fill his shoes (and get things rolling to meet the 2016 release date coinciding with Star Trek‘s 50th Anniversary), we can take a moment to look back on this relatively regular trend. Indeed, almost since the beginning of film, the studio system is full of stories about directors being replaced or removed from movies. Even some of the most popular films of all time, including several classics, had such rocky starts.

Of course, there are other instances where the changing of the guard, so to speak, led to nothing short of disaster. We don’t envy Paramount and its current position. Star Trek 3 was always a make-or-break project, either setting the new series off for several more successful adventures or killing it before it could rebuild its fanbase. As some of the examples here argue, there’s no equating change with triumph. Usually. 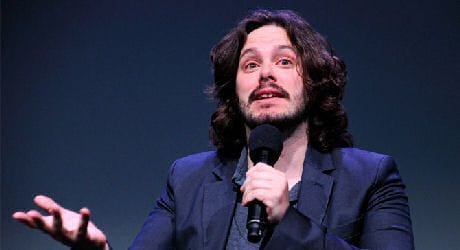 We begin with an unfair distinction, since we never got to see the final result, but when Marvel made the move to replace the man responsible for Shaun of the Dead, Hot Fuzz, and The World’s End, the comic book constituency gave pause. After all, the company had been riding, and continues to ride, a wave of critical and fanbase support that sees it as nearly infallible. Still, Peyton Reed’s placement in the director’s chair remains a bone of contention for Marvel minions. Until we get to see what the Bring It On/Yes Man filmmaker has done with this property, this shapeshifting character’s origins will always be a matter of “What if…”

9. Richard Thorpe (The Wizard of Oz)

This wasn’t a question of incompetence, unless you call the work of the make-up department in nearly poisoning a member of the cast inept. You see, Thorpe was already under fire for his wrongheaded approach to the future family film favorite, so when original Tin Man, Buddy Ebsen, nearly died after breathing in the aluminum-based powder being used to realize his character, it seemed like as good a time as any to give Thorpe the boot. Oddly enough, he had replaced the film’s first director, Norman Taurog, who resigned after a few Technicolor tests. Eventually, Victor Fleming would complete the troubled production, and make history.

8. George Cukor (Gone with the Wind)

Victor Fleming to the rescue once again. Rumor has it that Cukor was canned by producer David O. Selznick after being too “female” oriented with his approach. While it made sense in the case of the Southern epic’s main narrative (this is Scarlett O’Hara’s story, after all), such a stance rubbed rugged heterosexual star Clark Gable the wrong way. So Cukor was fired, much to the chagrin of leads Vivian Leigh and Olivia de Havilland, and the man who had just successfully sent Dorothy back to Oz stepped in to take over. He would win an Academy Award as Best Director for his efforts.

Be wary of the hungry actor who becomes a superstar. Ego may eviscerate your friendship. That is the message one can glean from what happened between director Reynolds and star Kevin Costner on this 1995 soggy sci-fi epic. After guiding him to a surprise hit with Robin Hood: Prince of Thieves, his longtime friend returned the favor by bringing him on to the soon-to-be blockbuster. However, tensions rose and Reynolds and Costner were no longer speaking. Depending on who you believe, the star either kicked his (now former) friend to the curb, or he simply left. In either case, Costner had to step in to finish post-production.

After failing to win the lead in Ben-Hur, Hollywood heavyweight Kirk Douglas decided to produce his own sword and sandal epic, and brought director Mann on to handle the daunting task. Things did not go well the first week, with the persnickety star finding his chosen guide “scared of the scope” of the project. So Mann was released and Douglas turned to a previous collaborator, Stanley Kubrick, to fill his shoes (they had worked together before in the excellent anti-war effort, Paths of Glory). While the noted auteur fought regularly with his cinematographer and argued with the studio over the number of set-ups per day, the end result won four Oscars. 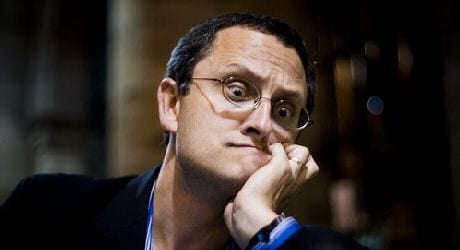 He had won an Oscar for Pixar’s 1997 groundbreaking short, Geri’s Game. Three years later, the Czech/British transplant was preparing to helm his original idea about a gourmet food-favoring rat and his time in the restaurants in Paris. Four years later, the CG geniuses were not happy with how things were progressing so they removed Pinkava from consideration as director and hired Iron Giant‘s Brad Bird to step in. After completely revamping the script, including killing off Gusteau and making the vermin less “cartoony”, he created Pixar’s second Academy Award winner. The first? The Incredibles, directed by, you guessed it, Brad Bird.

Of all the stories about hired/fired directors in the history of Hollywood, this one is the most insane. In fact, it’s so crazy that there’s been a documentary made about it. Stanley was a heretofore unknown South African filmmaker with a resume of unique cult favorites (Hardware, Dust Devil). He spent four years developing his take on H. G. Wells’ novel before getting the green light from New Line Cinema. Trouble began almost immediately, with star Val Kilmer demanding that he switch roles, and then have his new part cut down by nearly 40 percent. Hollywood legend Marlon Brando was also causing issues, and after three days of unusable footage, Stanley was replaced by John Frankenheimer.

Talk about stabbing someone in the back after they just saved your artistic ass! In late 1973, Ilya Salkind had the idea of making a movie about the popular DC comic character. After wrangling with the rights, they hired Donner to make one massive epic that would be divided into two films. When the two sides started butting heads, Salkind friend Richard Lester was brought into mediate. Eventually, the first film was finished, an alternative ending was cobbled together, and more than 70 percent of the material Donner shot for the second installment was scuttled in favor of Lester’s more “comedic” material. Fans finally got to see the original intentions via a 2006 DVD.

As we have learned along the way, creative differences, especially between stars and subordinates, can lead to crew changes. In this case, it was a battle between behind the scenes personnel that lead to the director’s dismissal. Alex Cox, of Sid and Nancy fame, was not the first filmmaker who tried to crack the untenable nut that is Hunter S. Thompson’s book, but he was ready to shoot his version of the gonzo journalism road movie when differences arose between himself and producer, Laila Nabulsi. She demanded production outfit Rhino choose: her, or Cox. The director was dumped, paid $66,000 for writing the script, and ex-pat Python Terry Gilliam was brought in.

Like the director at the beginning of this list, this choice is a bit of a cheat, as well. Kubrick, notorious perfectionist that he was, had been working on this sci-fi parable since the mid-’70s. By the mid-’80s, he brought on friend Steven Spielberg to produce. After more than a decade in development hell, it looked like everything was coming together. Then Kubrick made Eyes Wide Shut, and died a few months before it was released. Wanting to honor his friend (and a previously discussed possibility of the two industry titans changing roles), Spielberg took over the film, finally releasing his version of Kubrick’s original vision in 2001.