Of all the lists you’ll be perusing over the course of the next few weeks, this one was, without a doubt, the hardest to make. Not because 2014 was so overloaded with quality product; just the opposite, actually. When you have to leave out terrible titles like Sex Tape, Tammy, Exodus: Gods and Kings, Dumb and Dumber To, The Best of Me, No Good Deed, The Last of Robin Hood, As Above So Below, Are You Here, Let’s Be Cops, The Devil’s Knot, A Haunted House 2, Dark House, The Outsider, Vampire Academy, and I, Frankenstein off your list to make room for the real crap, you know you’re dealing with worst of Hollywood’s hopeless dung heap… and that’s just the ones we were unfortunate enough to see. All around the artform are independent and self-released atrocities just waiting to waste one’s time and make them doubt in the existence of God — or talent.

Yet when it comes right down to it, determining the cream of the crap can also be relatively easy. Indeed, when doing one’s critical Santa and making a list (and checking it twice), the sense of unease and disappointment you feel via remembering one mediocrity can be instantly destroyed by recalling one of the 10 entries listed below. It’s like killing a mosquito with an A-bomb. It gets the job done, but the fallout remains lethal for decades after. Among the lowlights here are two films (taking up the top two slots, actually) that have faith as the basis for their buffoonery. Granted, some people find God and spirituality in their own way. In the case of those titles – and the rest of this repugnant list – pray is not only suggested, but mandatory. Otherwise, we can’t guarantee you’ll get out of them with your aesthetics intact. 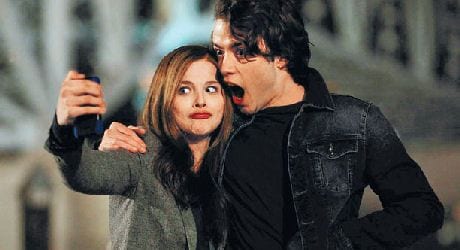 A movie about music more tone deaf than the rejected contestants on American Idol, this second consecutive Summer season YA weeper didn’t have its participants making out in the Anne Frank Museum (shame on you, The Fault in Our Stars), but it did offer up death as as good a way of any for judging your potential boyfriend material. In essence, our heroine stays in a coma so she can figure out if the wannabe rocker she’s been on-again/off-again with is worthy of her nubile love. We are then treated to some terrible flashbacks which only add to our narrative frustration. By the end, we wish we were unconscious as well.

How does a thing like this happen? How does a somewhat talented director like Clint Eastwood take an incredibly popular stage musical about the equally enjoyable Four Seasons (later, “Frankie Valle and the…”), filled with their catching early ’60s pop tunes, and totally drain the joy out of it? How? Perhaps, by turning it into a toothless Goodfellas, complete with Christopher Walken as the most mild mannered, laid back mobster in all of the Cosa Nostra. Eastwood doesn’t understand the lure of the Season’s sound, or its inherent novelty, so instead, he concentrates on everything else, ending up with a bumbling boring biopic that just so happens to be about a bunch of exciting ’60s superstars.

In one of the funniest examples of backhanded complimenting in recent memory, the producers of the animated CG nightmare blamed critics for killing this otherwise “worthy” sequel to a certain celebrated wizard at the box office. Sure, that’s a slam, but it also assumes that this otherwise “excellent” family entertainment would bank Pixar-level cash, had we journalists just kept our mouths shut. Who knew we still held such sway over finicky ticket buyers? Of course, the godawful efforts on the screen might have played a part in such pans, but if you believe the makers, this movie is “amazing”. Apparently, word of mouth was significantly less so.

Two Oscar winners, Michael Douglas and Diane Keaton, teamed up with a fellow Academy nominee (Rob Reiner) and all they got in return was this lousy movie. An attempt at an old fashioned rom-com, the plot points are so predictable and telegraphed that Samuel Morse should rise from the grave and sue. Douglas is a sour old crab apple. Keaton is the wannabe lounge singer with a heart of gold. A little kid (his heretofore unknown granddaughter) becomes the biological glue that holds these mismatched mates together, along with about 100 years of tired Tinseltown history. Add these all up and you get a complete and utter disaster.

He was a great seducer, a Victorian cad who allowed readers the illicit thrill of subversive sexual subtext without actually getting down to the bodice ripping. He also offered up the retribution for giving into such animalistic urges, also known as the curse of the undead. So, of course, current license owner Universal has decided that Vlad the Impaler and his monster pals deserve a make-over, and not as craven creatures of the night. Taking a cue from Marvel of all places, they’ve decided to create their own “Universe,” reimagining their properties as a poor man’s Avengers. This first film in the proposed series is so awful that it more or less guarantees the others will be better — or not made at all.

5. Paranormal Activity: The Marked Ones 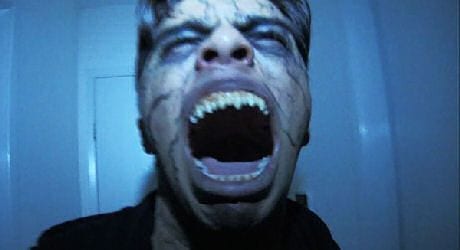 Do you get motion sickness easily? Does the thought of an afternoon on the high sea or a bit of airplane turbulence immediately set off your internal nausea meter? Well, no amount of Dramamine could cure the queasiness you will feel after experiencing 90 minutes of this movie — and not just because of the content. For a series that has continually stuck by that DOA directorial approach known as “found footage,” the particular POV implied here resembles you grandmother’s attempt at home movies from her European vacation. The viewfinder never stops moving, turning an otherwise average horror film into a vomit fest — and, again, not just for the content.

Hollywood loves to reward its hacks. Get your name connected to a star or a successful franchise and, somewhere down the line, the studio suits will let you do more or less whatever you want. Need proof? Well, Oscar winner — man, that’s painful to type — Akiva Goldsman traded in decades of work on blockbusters such as I, Robot and the post-Burton Batman movies for a chance to sit behind the lens, and the result was this horrific misfire, a fairytale battle between good, evil, and consumption set in a fictional version of turn of the century New York. Not even Will Smith as the Devil could save this.

This is just depressing, another foreign film wowing the critical set with insights so sheepish and slack that junior high schoolers make more sense. We are supposed to see a fragile marriage crumbling under the weight of a father’s cowardly act. Instead, we get gender biased bullshit which belittles a man for being human and celebrates a spouse for being a shrew. By the end, when the tables are turned, all we can do is laugh, and not in agreement: in disgust. And, sadly, this sad excuse for an effort is probably going to walk away with an Oscar in the next few months. Well, like Barnum said, “A sucker is born every minute”.

When you have to go back to a controversial film from 1991 to see a cinematically compelling version of the Christian comeuppance called the Rapture, you know your present motion picture is just a steaming pile. Nicolas Cage adds his own paycheck cashing star power to the first in what some propose will be a multi-film franchise following the equally elephantine Born Again books, but by the looks of this low budget mess, we might not get to Judgment Day. Instead, this plays like Irwin Allen’s version of the Bible, complete with disaster elements, a plane crash, and mid-level acting. Amidst all this, there’s nary a sighting of Jesus to be found.

Now this is just bonkers. Beyond belief. So surreal that you have to wonder if the creators were sniffing meth fumes when they came up with it. Legend has it that Elvis Presley has a twin who died during childbirth. This “what if?” waste of space takes that idea and runs with it. What we get is the fictionalized story of two singers, one a hugely successful pop star, the other an uncanny impersonator, who just so happen to have been separated at birth. As one begins his rise to fame, the established star starts wanting more of a connection to his past. Then the War breaks out — Israel’s Six Day War — and all bets are…off? So strange it’s almost genius, this would be the worst film of this or any year, no matter the competition.

TAGS And So It Goes Dracula Untold Force Majeure If I Stay... Left Behind Legends of Oz: Dorothy's Return list this Paranormal Activity: The Marked Ones the identical