What was the best film of (insert year here)?

Critics get asked this question a lot. Perhaps too much. Unlike aged steaks, or wine vintages, films often take a while to work their way into your psyche. You struggle with the themes, or you make rash, kneejerk judgments that, later, come back to add a layer of illegitimacy to your otherwise learned opinion.

Then, after 12 months of screenings, after 365 days of streaming links, Oscar PR, studio shilling, and countless combinations of the good, the bad, and the downright dopey, we are asked to wrap things up in a neat little list, a consensus compendium which does something no film reviewer is totally capable of: determining the very best of a varied artform. Can you argue that animation is better or worse than foreign filmmaking? Can horror be part of the discussion when so many of the genre’s examples are rotten, at best?

Still, like Sisyphus and that damn rock, we press on. We wade through the dozens of last minute entries, try and remember narratives and performances from 11 months previous, and pray we don’t miss an important title or allow our personal preferences to mar a more meaningful discussion. In the case of 2014, there were a lot of “almosts”: The Imitation Game, Unbroken, and The Theory of Everything being good examples. Each of these are quality films, but are their fictionalized bios really worthy of end-of-the-year shout outs? The Lego Movie and Big Hero 6 were sensational, but do they belong here? Documentaries like Jodorowsky’s Dune can redefine an entire property and filmmaker, but can it also be one of the season’s most celebrated? After picking through such suspicions, Short Ends and Leader has come up with its 10 Best Films of 2014. For us, film is about a lasting impact, and these are the titles we’ll be thinking about in years — and decades — to come. 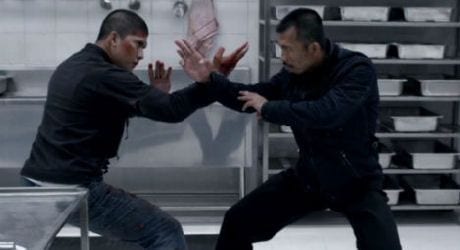 If the original Raid was director Gareth Evans’ Reservoir Dogs, this sensational sequel skips past Pulp Fiction and goes right into Jackie Brown territory. Sure, the sensational actions scenes are still intact, cranked up way past eleven, but this time out, the expat auteur is out to bring more dramatic elements into his storytelling. The result is like a martial arts Godfather, the standard narrative turning more and more operatic as Evans and his cast expand on the first film’s undercover cop concept. And unlike its Hollywood counterparts that pull back on all the bone crushing and ass kicking, this movie turns the mandatory mayhem into something quite extraordinary.

9. Birdman, or (The Unexpected Virtue of Ignorance)

Once you get past the Michael Keaton/Batman, Riggan Thomas/Birdman stuff and overlook the “single shot” gimmick, what you wind up with here is a decent deconstruction of show business. Not as good as its obvious inspirations — 8&1/2 and All That Jazz, to name two — but pretty terrific nonetheless. What sells this, however, outside of director Alejandro González Iñárritu’s control of narrative, is the acting. Everyone here is worthy of Oscar consideration, from the once and future Bruce Wayne to Edward Norton and Emma Stone. Even the open-ended finale, which suggests one thing and yet may mean another, works within the confines of the characters.

Horror is all about mood and atmosphere. Sure, sudden shocks and unexpected jolts work on your nerves, but if you carefully craft a foundation of fear, and then continuously twist the tone until your audience can’t stand it anymore, the results will stay with them for a long, long time. First time feature filmmaker Jennifer Kent surpasses most of the so called masters to show an entire genre how it’s done, and the results rip right down to the very source of your soul. Sure, the domestic set-up between mother and son adds to the tension, but the real star here is the storytelling. Kent keeps turning up the dread, making her monster into an instant macabre icon.

The backstory involved with this film’s release was just as intriguing as the movie we ended up seeing. Harvey “Scissorhands” Weinstein demanded cuts and changes to Bong Joon-Ho’s adaptation of the French sci-fi comic, but the director refused. After months of bickering, the compromise was final cut for the filmmaker, and a very limited release for the film. Still, fans felt the victory as Bong braved the waters of onscreen dystopia to turn his first English language effort into a certified classic. With a solid allegorical center (just like the genre favors) and some amazing performances (Tilda Swinton), what could have been a fiasco on all fronts became a speculative fiction triumph.

This is David Fincher “going commercial”, i.e. taking on a big time best seller and turning it into a masterpiece on failing marriage and interpersonal turmoil. Ben Affleck is the spouse in the center of a media firestorm over his missing wife. Rosamund Pike is the “better half” who may or may not be MIA. Then, outsiders interlope into their nuptial power struggle, resulting in one of the most amazing thrillers since Fincher’s own Panic Room. No one understands the gloom and doom inherent in the cinematic style better than the amazing auteur here. While not his best, it is right up there with his finest. 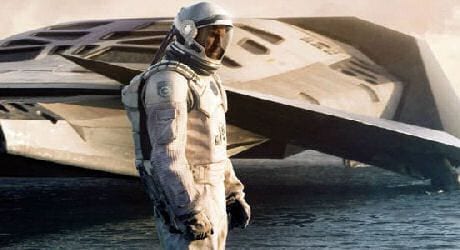 Christopher Nolan’s first post-Dark Knight trilogy title sees the director thinking big and bringing his A game to realize same. The story is simple: Earth is dying and we need a new planet to repopulate. But the philosophical struggles, as well as the toll such a mission takes on each participant, turn this extraterrestrial tale inward. Matthew McConaughey, fresh off his Oscar win, walks a fine line between nobility and nonsense while fellow Academy Award owner Anne Hathaway tries to make things both professional and personal. Sure, the finale is flawed in its presentation of space-time structures, but great movies make you think, and Interstellar does just that.

4. Guardians of the Galaxy

Not every year-end list has to be laden with “important” movies that “make a statement”. Sometimes, a rip-roaring good time at the cinema is all one can hope for and director James Gunn did that and so much more with this perverse Star Wars for the smartphone set. Indeed, the former Troma Team Member applied much of his B-movie mannerisms to this unusual Marvel knock-off, creating a pop culture crazy (“I am Groot”) and a collection of colorful characters that audiences couldn’t get enough of. Wildly imaginative and beyond fun, this remains the best big budget Sumer season popcorn entertainment of 2014. Period.

Among the many things director Bennett Miller gets right in this absorbing fictional account of the real John Du Pont murder case is the insular world all the participants live in. For the wealthy and entitled killer, his is a place of privilege and paid appreciation. For Olympic wrestlers Dave and Mark Schultz, it’s an universe devoted to regiment, practice, competition, and technique. Bringing these two insular ideas together often results in a disconnect with the audience. But thanks to the brilliant performances of our three leads — Steve Carrel as Du Pont, Channing Tatum and Mark Ruffalo as the Schultzes — what could feel closed off becomes an intense and unnerving “whydunit”.

For the idea alone, writer/director Richard Linklater deserves as many accolades as humanly possible. Who else would hire an untried six year old actor and gamble on his ability to maintain a performance for 12 years, let along 12 weeks. But that’s exactly what the Dazed and Confused and School of Rock filmmaker did, shooting it “in real time”. It was a risk, but it paid off handsomely. Not only does this amazing experience earn its creator a place in history, it argues for the one thing lacking in so many movies nowadays: vision. Linklater clearly had an endgame in mind when he started this film back in 2002, and now it’s up there on the screen for all to see.

One enters Selma considering the place of Dr. Martin Luther King Jr. and the Civil Rights Movement in the growing progression of the United States. One walks out of this stunning achievement wondering just what the Hell has happened to this great nation. In the midst of police shootings, cop killings, violent protests, and public disillusionment, it’s both beneficial to see activism done right and angering to see that we’ve allowed our social aims to be diluted — and in some cases, reversed. King fought for the Voting Rights Act, using his cause and the chaos it caused via the media to earn unencumbered access to the polling place. Now, nearly 50 years later, the Supreme Court is countermanding his work. How sad for our country. How timely and terrific this brazen biopic is.