As with any category which includes the descriptive term “underrated”, setting a clear set of standards is often impossible. Indeed, someone out there right now has already perused the list below, taken umbrage with at least a couple of the choices, and is wondering how “anyone” could consider any one of the titles as “underrated”. Perhaps an illustrative explanation is in order.

For someone who watches movies for a living (or what some call “a living”), underrated usually means “underappreciated” or “fell through the cracks”. Such a film stands in contrast to the mainstream mindset that gives the latest Michael Bay bombast a billion dollars at the box office, but can’t see beyond the spectacle to something smaller, more inventive, and artistic. The tag “underrated” can also mean a commercial endeavor poorly handled by the PR and marketing people hired by the studios, their inability to craft a persuasive ad campaign sorely limiting a good movie’s returns.

There are also instances, as with titles like The One I Love or The Congress, where the idea usurps potential interest, making such otherwise excellent movies “difficult” or “arty”. So, in considering this year’s list, we had to look at both the Cineplex and the specialty label. At least one entry here could easily vie for End of the Year honors had its distributor not dumped it along with several other Oscar wannabes.

Another had an actor and a title that, apparently, confused people. More than a couple were claimed by the VOD/streaming model, while another was just bugnuts insane. Add in returns to form both behind and in front of the lens, a war film that failed to ignite the proper passions, and a bit of the Bible and you have our choices for 2014’s most underrated films. While perhaps not good enough to make our final Top Ten, all represent reasons we were glad we went to the movies this year. 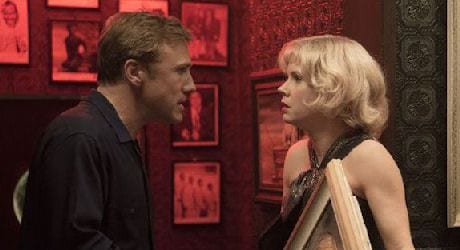 While the jury is still out over whether this latest from Tim Burton (his least “Tim Burton” movie ever) will resonate with audiences, one thing’s for certain: anyone who walks out of this amazing biopic of Walter and Margaret Keane will earn a greater appreciation of the former’s flawless marketing acumen and the latter’s lovely, creepy paintings. Indeed, what’s best about this eccentricity-less offering is that our familiar filmmaker shows his love of the subject without going overboard into camp kitsch wackiness. Instead, we get an amazing (and sure to be overlooked) performance from Amy Adams, more Oscar-worthy work from Christoph Waltz, and a truly intriguing and inspirational story.

Vampires have been getting a bad rap as of late. From the lame romantic ramblings of Stephenie Meyer and her sparkly boyfriend material to Universal’s desire to turn Dracula into the world’s oldest member of the anti-Avengers, the neckbiter is more mocked than menacing. Jim Jarmusch’s brilliant film won’t change the mind of those enthralled by the undead as date bait, but the approach taken is far more fascinating and fresh. Any film with Tilda Swinton and Tom Hiddleston in the leads has merit far beyond the needs of the genre. Jarmusch then treats their immortality as both a personal and psychological burden; the result of his approach is amazing and unsettling.

Okay, so it doesn’t have Hitler being shot in the face multiple times, but this Brad Pitt WWII vehicle is one of the most darkly brutal war films of all time. David Ayer, whose typically trotting around LA putting a small stain on the efforts of the city’s law enforcement finest (Training Day, End of Watch) switches gears completely, goes back to the Greatest Generation, and offers up a story of survival and brotherhood that only actual documentaries manage to get right. There is a wealth of detail here; the everyday issues facing these glorified grunts made all the more potent by the authenticity of the danger they face.

7. Journey to the West

Remember when the world fell in love with Stephen Chow? When movies like Shaolin Soccer and especially Kung Fu Hustle announced an amazing martial arts moviemaker with the heart of a Warner Bros. cartoon? Well, a stab at making his own ET (CJ7) stalled his fortunes stateside, and he seemed to disappear from movies all together. However, five years later he’s back with this brilliant and baffling take on an ancient Chinese legend, complete with the physical comedy and visual imagination his (former) fans loved so much. This should have been his career comeback; instead, it will have to suffice as one of this year’s underrated gems.

Hey Kevin Smith! We thought you were retiring — good thing you haven’t, though. Operating under the baked influence of some wonderful reefer madness, the Clerks creator has unleashed one of his darkest, most daring efforts on the moviegoing public. Their response? A collective shoulder shrug. Sure, Smith still writes amazing dialogue, but as with his equally excellent Red State, Smith seems to be working out some sizable personal demons here. The story sees a madman tempt a petulant podcaster into coming to the Great White North for an interview. In actuality, the psycho wants a subject to turn into a human walrus — then it gets weird. 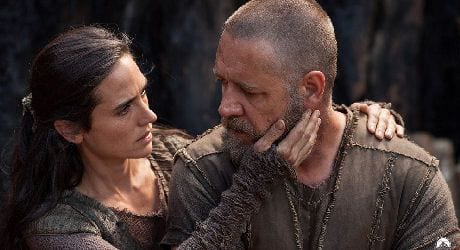 When it comes to the Bible, Hollywood rarely gets it right. For every Michael Tolkin’s The Rapture, there’s Exodus: Gods and Kings, Heaven is for Real, Prince of Egypt — you catch our drift. Anyway, director Darren Aronofsky decided to reinterpret some of the events in the Old Testament (see the fallen angels as rock giants) and give his title character a horrible sense of purpose. But in complete agreement with the lessons contained therein, he also makes the movie about faith, redemption, and the desire to believe without the need to rationalize or legitimize one’s behavior. In fact, the film often feels just as much an attack on organized religion as much as it is a celebration of the word of God.

After The Matrix made him an international superstar, Keanu Reeves more or less turned his back on the industry that begat such bankability, deciding instead to focus on riskier, less commercial material. Though he’s credited with some 15 films since playing the VR rebel Neo, none took off like the Wachowski-helmed trilogy. With this excellent revenge thriller, Reeves not only has a character who can continue on, film after film, righting the wrongs brought to his thoughtful hitman’s doorstep, but an excellent reminder that, in the right vehicle, he’s also a stellar action hero. Here’s hoping we see John Wick 2 sooner than later.

Tread lightly on Tom Cruise’s arguable talents. Unlike other international names such as Johnny Depp and Angelina Jolie, he tries to make smart moves both in front of and behind the camera every time out. Sure, he can stumble at times (Rock of Ages), but for the most part, his name is associated with quality commercial fare. So why did this movie flop? Or better yet, why didn’t it beat Transformers: Age of Extinction or the critically maligned The Amazing Spider-Man 2 at the box office? Perhaps the sci-fi spectacle was too brainy for the average audience member. Or, maybe Cruise’s appeal is finally showing signs of dimming. Too bad, as the film is fabulous.

Here’s Michel Gondry’s problem in a nutshell. When he plays to his obvious aesthetic strengths, people complain and call him “twee” and “cloying”. But when he steps outside his comfort zone and tries to do things differently, the same voices scream “sell out” and “back to your roots”. With Mood Indigo he did just that: going back to his old surrealist multimedia approach and… silence. Some were critical. Others just complained for the sake of doing so. And then there were the ones bad-mouthing him for doing the same old thing. Apparently, you can’t please anyone, and that’s just fine for Gondry, whose latest waking daydream, based on a 1947 novel, is inventive eye candy of the highest order.

As with Gondry before, fans are always frothing over why the expat Python Terry Gilliam doesn’t make the kind of movies he used to. Then he goes and unleashes his imaginative Id on a thoroughly modern takedown of technology and everyone ignores him. Or complains that he’s just remaking Brazil again. Huh? Whatever the case, this latest attempt at recapturing past glories takes a highly intellectualized concept and twists it into a fascinating future shock complete with the filmmaker’s own flailing fever dreams. About the closest we came to cool in 2014 (along with the announcement from David Lynch regarding Twin Peaks return), this complicated masterwork could only come from the Gilliam’s glorious mind.