Ready to feel inadequate? As if the achievements of the ten people listed below weren’t impressive enough on their own, many of them were accomplished before the artists reached the age of ten. That’s right: by the time the rest of us normal folks were preparing ourselves to deal with algebra for the first time, these preternaturally talented young people were already taking big steps into the spotlight. Building a talent, whether physical or mental, takes time and dedication, but some people are lucky enough that they have the raw materials to throw a ball long or nail a really difficult piece of music not long after the training wheels came off their bikes.

Yet while it’s easy to envy someone whose success starts at a young age, life for those kids isn’t easy, either. Most obviously, displaying such talent creates a bar that becomes hard to vault. If, for example, a young boy shows aptitude at the game of football, his entire life becomes set around landing that starting quarterback position. Anything short of that just won’t do. Similarly, the great classical composer prodigies start their careers off writing great music, but those compositions then only set a lofty standard that has to continually be met. Simply put, being a child talent is a blessing that comes with the potential for a curse.

The ups and downs of being an exceptionally skilled young person is captured in the television program Friday Night Tykes, which just began its second season on the Esquire Network. Like many of the folks below, the kids of Friday Night Tykes‘ Texas Youth Football Association are gifted but are put to work for it. Football isn’t a sport where a handshake will get you a win, nor is it a game where people are just peachy taking second place. In fact, although it’s easy to be taken by the drive and ambition of these young football players, one can’t help but ask: Is it possible to push a young talent too far in the pursuit of greatness? The people in the list below have already had their success; the aspiring football players of Friday Night Tykes, however, still have awhile before reaching that point. To find out whether or not they make it, tune into the show at 9PM/8PM central on Esquire Network.

Watch the trailer for Friday Night Tykes below:

You can follow the show through the hashtag #ThisIsFootball.

The ten talents below are people who had the tenacity to break through the potential pratfalls of kicking their careers off from an early age. No matter the field they’re in, each is a reminder that although coming back from an explosive start may be difficult, with hard work a dream can be realized, so long as one never takes his eyes off the end zone. 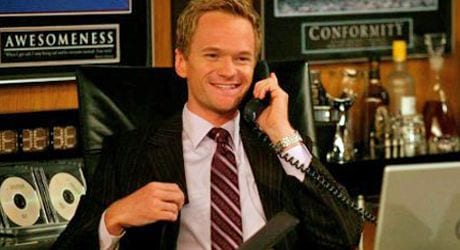 This triple threat performer — whose chops in acting, singing, and dancing are well documented — is most well known in the present day as the scheming lothario Barney Stinson from the long-running CBS sitcom How I Met Your Mother. Those who know him first and foremost as “NPH”, however, often forget that this perpetually young-looking entertainer’s breakthrough role came in the 1989-1993 TV series Doogie Howser, M.D., wherein he played a teenage doctor. Two decades later, he’s got several far more mature productions under his belt, including two stellar Broadway turns: the Tony-winning revival of Stephen Sondheim’s Assassins and the Broadway debut of John Cameron Mitchell’s Hedwig and the Angry Inch. To quote Barney Stinson, his transformation from fresh-faced M.D. to all-around superstar has been truly “legendary”.

Following a decade of appearing in various TV shows, Jodie Foster made a huge national splash with her supporting role in Martin Scorsese’s bleak 1976 drama Taxi Driver as a child prostitute. Foster’s extensive filmography reveals her to have a natural gift for appearing in front of the camera and giving it her all, even from a very young age. She took home Oscars for her performance sin The Accused (1988) and The Silence of the Lambs (1991), which gave Foster her most inimitable role to this day, as Detective Clarice Starling. In addition to her extensive acting work, she’s also taken a few turns behind the camera as a director, most memorably for the underrated Mel Gibson vehicle The Beaver (2011).

In some ways, Timberlake hasn’t shed the image he’s been building since his early days on the Mickey Mouse Club. Even on his more sophisticated musical recordings, such as 2013’s 140-minute The 20/20 Experience, his affable boy-band vocals and harmonies, refined during his time as a member of the juggernaut boy band *NSYNC, are still on full display. Yet while images of Timberlake and his fellow Mousketeer Ryan Gosling are the subject of much web scrutiny, he has done considerable work to progress as an artist. From his stellar 2006 album FutureSex/LoveSounds, to his shockingly good performance in The Social Network, to his numerous digital shorts with the cast of Saturday Night Live, Timberlake has clearly taken it upon himself to do the one thing that is necessary for a child talent to overcome the trappings of his youthful image: branch out.

As Opie on The Andy Griffith Show (1960-1968), Ron Howard evokes an optimistic, idealized version of America, a perfect fit for the small town utopia that is Mayberry, North Carolina. Although to some Howard’s performance might be seen as a trifle, a relic of a aw-schucksy America that simply doesn’t exist any more, the truth is it’s an iconic performance, one that has cemented itself into American television history. That alone is something for Howard to treasure, but he certainly didn’t rest on his laurels after leaving Mayberry. Rather than opt for a career in acting — save for a few performances here and there — Howard rose to even wider prominence as a director, with Oscar-bait flicks like A Beautiful Mind (2001) and Frost/Nixon (2007) at the top of his résumé. Mayberry may be a small world unto itself, but Howard was still able to take his craft from that cozy environment to the big screen with great success.

Along with Sara Watkins (fiddle) and Sean Watkins (guitar), Chris Thile formed the widely popular “newgrass” trio Nickel Creek in 1989; the group celebrated its 25th anniversary last year. Thile began in Nickel Creek as a guitar player, but he quickly took to the mandolin, with stunning results. Since his preteen days with Nickel Creek, he has gone on to play with the likes of Yo-Yo Ma and Edgar Meyer, which prove challenging supplements to his time with bands like the wildly creative Punch Brothers. He’s also written his own mandolin concerto and recorded a collection of Bach solo violin pieces. Yes, watching Thile rip and and down the mandolin’s wee fretboard remains mesmerizing to this day, but it’s even more stunning to see that unparalleled talent latent in his early days. 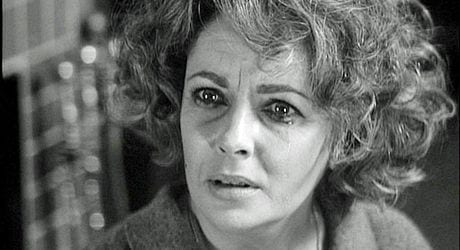 When watching the great performances of Elizabeth Taylor, such as Cleopatra and Who’s Afraid of Virginia Woolf?, it’s easy to think that she just fit into those roles like a glove. But while there is an undeniable personality factor to Taylor’s screen performances, her skill didn’t materialize out of thin air; she spent years as a child actor in the then-young world of Hollywood. To this day, Taylor is effortlessly charismatic to watch; graceful, witty, and emotionally compelling, she has more than earned her keep as one of cinema’s leading ladies. The word “earned” in that previous sentence is important, however, for while Taylor is a reminder that with the greatest performers there is that undefinable “spark” that makes them unique, that spark will burn out fast if it isn’t given a lot of love and work.

The question of Michael Jackson’s success as an adult compared to his childhood years is one rife with debate. Understandably, for many it doesn’t get better than the smooth moves and harmonies of the Jackson 5, with numbers like “I’ll Be There” holding a fond place on nostalgia mixtapes. For many, following his ’80s megahits (Thriller), Jackson’s mysterious eccentricities took him over the deep end. He even got an entire South Park devoted to himself, a feat that takes equal amounts of cultural sway and skepticism. Jackson was the subject of much controversy following the late ’90s, but one thing remained absolutely certain about Jackson until his untimely death in 2009. After triumphing over his pop achievements with the Jackson 5 in the form of albums like Thriller, he continued to write and perform throughout the ’90s and ’00s. Put simply, you don’t get the title “King of Pop” for the great things you do as a kid; you have to grow up and mature to earn that crown, which Jackson certainly did.

There are lots of reasons to R-E-S-P-E-C-T the incredible Aretha Franklin. One reason that ranks highly among them is the young age from which she started performing: like many soul and gospel singers, she cut her teeth in her church choir, in her case at the ender age of four. Ten years later, at the age of 14, she released her first solo recording of the 39 she would eventually release. Numbers like “Respect” have made her a permanent fixture in pop consciousness, but her contribution to the legacy of R&B and soul goes so much further than her most well-known singles. When you watch or listen to a performance of Franklin’s, it becomes clear that her voice is one that can only come out of a lifetime’s devotion of music. Right from the very start, Franklin committed herself to her voice; her extensive recorded legacy bears that fact out with each successive release.

Mozart’s contribution to classical music is not in dispute. From comic operas (The Marriage of Figaro) to chamber pieces (Eine Kleine Nachtmusik), the German composer left a musical legacy that is a herculean task to merely list. It’s all too easy to forget, however, that Mozart didn’t start off as some bigwig composer in the halls of German royalty (although he more than earned his keep in those halls eventually); he started as an uncommonly talented composer at the age of… five. Mozart’s early talent is enough to make the average songwriter want to toss his instrument into the trash out of futility, a feeling no doubt magnified by the fact that his some 600-plus pieces were written in a relatively short lifespan — Mozart passed at 35. To be sure, his talent is of the kind that is seen maybe once or twice in a century, but like any prodigy his achievements are what they are because of an obsessive work ethic. Put on a recording of any of his great pieces and you’ll hear equal measures natural talent and heavily practiced methodology.

The legendary cellist Yo-Yo Ma faces a difficult task. Talented though he is, it’s difficult to take the legacy of classical music, which has been played and recorded by countless top-notch performers, and make it one’s own. Lofty though such a goal may be, Ma has risen to the challenge with aplomb; his version of J.S. Bach’s Six Suites for Unaccompanied Cello, especially his performance of the Prelude to Suite No. 1 in G major, are the go-to performances of those compositions. Ma’s introduction into the wider world began not with the Suites, though, but rather for his performance for the then United States President John F. Kennedy at the ripe age of seven. He would appear on national TV a year later. Watching him perform now, including with the previously mentioned mandolin picker Chris Thile in the Goat Rodeo Sessions project, it’s still easy to catch a youthful effervescence in his eyes as he plays.