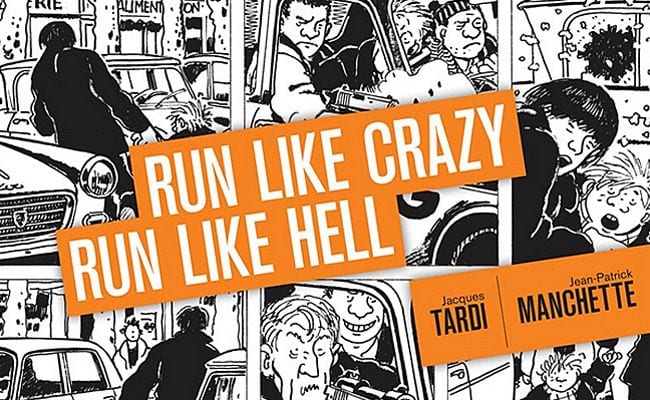 Most of the classic comics penned by the legendary Alan Moore have been republished in fancy hard-cover graphic novel editions. These include V for Vendetta (1982-1985), Swamp Thing (1984-1987), Watchmen (1986-1987), Batman: The Killing Joke (1988), From Hell (1989-1996), and The League of Extraordinary Gentlemen (1999-ongoing). There’s some debate concerning the origin and definition of the ‘graphic novel’, but I think Moore’s explanation is best. “That pompous phrase was thought up by some idiot in the marketing department of DC,” he said. “I prefer to call them Big Expensive Comics.”

The ‘graphic novel’ is entirely American, both in conception and spirit. Though usually benign, it’s a capitalist tumor that becomes cancerous when embraced by insecure comic creators who were yelled at by one too many English Literature teachers for drawing Moby Dick’s big dick instead of reading Moby Dick. An artist who calls himself a graphic novelist is like a doggie doo-doo scooper who calls himself an animal digestive expert. He’s ashamed of the medium he works in, so he tries to channel the prestige long associated with the traditional novel by slapping his comics together into a disjointed book and calling it a graphic novel. And the American publishing industry encourages him to do just that.

French comic creators don’t have a need for this pompous term, ‘graphic novel’. The French have always accepted their artists without prejudice. While Americans dismissed their master illustrators like Norman Rockwell and N. C. Wyeth as commercial hacks and restricted the work of their comic book artists to the bottom of newsstands and shops in the worst parts of town, the aesthetically attuned French have been publishing comics like Herge’s The Adventures of Tintin (1929-1976) as hardbound books since the ’30s and placing them on the same shelves as the world’s greatest novels. In fact, by the time American artists of the underground comix movement in the ’60s began breaking free from the chains of the superhero, French comics were already being referred to as the ‘Ninth Art’.

As an English-speaking American, I can’t say with certainty who today’s greatest French practitioner of this ‘Ninth Art’ is, but I can say that Jacques Tardi is the greatest I have read. His thick line-work is reminiscent of Herge’s in that it’s relatively simple yet incredibly expressive. Tardi, however, incorporates a level of detail into his panels, which is especially evident in his backdrops, that doesn’t exist in the Tintin comics of his legendary predecessor.

Although this detail can be elaborate, as seen in some of his city and nature landscapes, Tardi never sacrifices the visual or narrative clarity of his stories. Much of this clarity is due to his use of black and white. Though he does so more subtly, Tardi contrasts lightness and darkness in his comics with the same expertise displayed by Aubrey Beardsley in his Yellow Book (1894-1897) illustrations or later by Fritz Lang in his German Expressionist films like M (1931).

This expertise, which the Frank Millers of the world would sell their souls to attain, has helped Tardi win every European cartooning award in existence including the career-honoring Grand Prize of Angouleme in 1985. In 2013 he was even nominated as a Chevalier in France’s Legion of Honor, but he turned it down so that he could “remain a free man and not be held hostage by any power whatsoever.”

All of these books are put out in beautiful hardcover editions by Fantagraphics. Call them graphic novels if you want, but don’t call them that because of how they are printed. Call them that if you need a way to separate great work from the low-quality, simple-minded, slapdash nonsense that DC and Marvel excretes on a weekly basis. But don’t be fooled — most graphic novels are simply longer, more expensive versions of that same nonsense from DC and Marvel. It’s better if you call the great comics just that: great comics. All of Tardi’s comics are great, and the latest, Run Like Crazy Run Like Hell, is no exception.

Adapted from Jean-Patrick Manchette’s 1972 crime novel of the same name, which won the writer the Grand Prix for crime fiction, the story has a balanced blend of black humor, ultraviolet action, pulse-pounding chases, and neo-noir nihilism. It also offers its readers both character studies and social commentaries, and is paced so perfectly that you might, like me, start it a second time after finishing it the first time.

There are four primary players in this blood-soaked tale: Julie the loony nanny, Thompson the troubled hitman, Mr. Hartog the suspicious billionaire, and Peter the spoiled brat. The plot is set into motion when Mr. Hartog hires Thompson for a unspecified job and then hires Julie from a mental asylum to work as Peter’s new nanny. When Peter is kidnapped along with Julie by a pair of goons who take them to a cabin in the woods, we’re left wondering whether Mr. Hartog has planned the whole thing or whether Thompson, who is at the cabin waiting for them, is blackmailing his employer.

Whatever the case, one thing is certain: Julie is no chump. She manages to escape her captors with Peter in tow and goes on the run. Both the police and Thompson are after her, and it becomes a kill or be killed, cat-and-mouse chase for the ages.

Manchette’s writing reminds me of Jean-Pierre Melville’s filmmaking. The work of these Frenchmen is obviously influenced by — and in fact in emulation of — the traditionally American genres of hard-boiled fiction and film noir. But they both successfully take these American genres, which usually act as nothing more than great entertainment, and use them to create art. Just like Melville’s Le Samourai (1967), Manchette’s Run Like Crazy Run Like Hell exploits the best elements of American crime fiction, does away with its clichés, and then elaborates on the genre’s inherently existential elements like only a Frenchman can do. The result is a cast of characters — such as Thompson the hitman who has debilitating stomach pains that correlate with both his urge and failure to kill, and Julie the delusional misfit who survives out of habit and finds it hard to believe she has killed people but thinks the idea hilarious — that are unforgettable in their ability to offer readers insight into the nature of greed and morality.

When a writer’s words are adapted to a different medium, their meaning is often lost and the writer is often unhappy with the results. The many haphazard Hollywood adoptions of Alan Moore’s comics and his venomous responses to them exemplifies this. Although Manchette died in 1995, one can enjoy Tardi’s excellent adaptation of Run Like Crazy Run Like Hell without questioning whether or not it’s true to the novel or wondering if its author would approve. Well, I guess you must always question its trueness and wonder what the author would think, but Manchette, besides a novelist, was also a productive screenwriter, translator, and comic book devotee. He is actually responsible for translating Moore’s Watchmen to French, and also, at the start of his career, wrote countless novelizations of films and television shows.

Therefore, I’d imagine that he would be receptive to any serious adaption of his novels, and since Tardi has a much deserved reputation not only as a master of the pen, but also as a meticulous researcher, I’m confident that Manchette would praise Tardi’s Run Like Crazy Run Like Hell as the outstanding book it is.