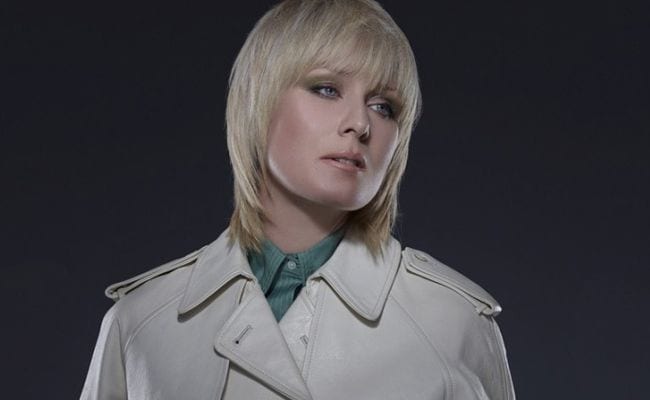 For most artists, an eight-year hiatus between albums might signify some sort of creative drought, but then Róisín Murphy isn’t like most artists. From Moloko’s 1995 debut Do You Like My Tight Sweater?, to her delightfully quirky solo record Ruby Blue, she has always existed in some sort of parallel pop universe. If Overpowered was her bid for mainstream stardom, she was ultimately left standing on the precipice of something greater, when her record label EMI failed to release the album stateside due to financial strain within the company. Following that album and its subsequent tour, Murphy seemingly vanished from the radar altogether.

Longtime fans of the Irish singer-songwriter and producer know that she has hardly been hibernating since 2007. In the interim, she has collaborated with a variety of different artists (Freeform Five, Mason, Crookers, Luca C & Brigante, David Morales, Boris Dlugosch, Tony Christie, David Byrne and Fatboy Slim), released an EP of songs sung entirely in Italian (Mi Senti), and gave birth to her second child in 2012. With the arrival of a new album, would Murphy return to the eccentric sound of her solo debut? Would she deliver something more club-ready and “accessible” like Overpowered and subsequent singles “Momma’s Place” and “Orally Fixated”? Well, the curiously titled Hairless Toys exists somewhere in between the two. Save for a handful of uptempo tracks, it appears Róisín hasn’t delivered that dance album some were clamoring for.

The first taste of the record, inspired by the documentary film Paris Is Burning, arrives in the form of “Gone Fishing”. Murphy’s gone fishing and came back with an empty basket and a handful of unused live bait. Dead in the water, the opening track might be lyrically poignant, but it feels musically bereft of any of the immense creativity to be found within its sassy source material. Instead, we are left with something that sounds like it might be piped out of the speakers of a sterile dental office.

In press materials, Róisín has mentioned that she visualized the track as some sort of song lifted from the score of a Broadway musical version of Paris Is Burning. Has she seen any musical theater as of late? This is as far removed from any ditty one might find on a stage of the Great White Way or the West End as possible. Quiet and ruminative, Murphy’s vulnerable lyrics capture the spirit of the darker, more psychological aspects of the film, but that is it. Unfortunately, her commentary on the NYC drag “Ball” scene of the ’80s is accompanied by production work that sounds like elevator music in an discount department store.

If “Gone Fishing” failed to you reel in, then the head-bobbing beats and witchy incantations of “Evil Eyes” should easily remedy that. Here she is casting spells and casting out demons as she moves “out to pastures new” singing, “Aji maji la taraji”. A distant voice intermittently moans in the background, while synth horns weave in and out of the mix, resembling the winged battle motif from Queen’s Flash Gordon soundtrack. Smart, sensual and playful, this is the sound of Róisín playing to her strengths.

The album’s first official single “Exploitation” is arguably one of the best tracks in Murphy’s entire catalog. Dripping with sexual tension and defiance, there is an overwhelming sense of unease pervading the production. A comma has rarely screamed such volumes from the pages of a lyric sheet, but when she sings, “You’re losing, your aura of invincibility and your self-effacing modesty / You should leave the money and run, you son of a gun,” it seems abundantly clear who is in control. The music however, tells quite another story. Anxious synth passages, jazzy guitar licks, and the constant pulse of snapping rhythm sticks, give way to three minutes of skittering percussion and the sound of an alarm. At once claustrophobic and smoldering, “Exploitation” is magnificent.

“Exile” throws Murphy into an alt-country meets avant-jazz landscape, with spaghetti western guitars, doo-wop background vocals, and chunky electric piano chords. Sounding like a late night bar jam between musicians from wildly disparate backgrounds, the drunken feel of the song never quite gels with the deserted isle and shipwrecked emotion clichés found within the lyrics. One kept hoping for a pedal steel solo or anything that might inject some life into the languorous track.

Those guitars straight out of an Ennio Morricone soundtrack continue into “House of Glass”, which begins with a softly pounding beat and the reverent sounds of a church organ. With obscure references to “glasshouse girls” and a “raincoat sister”, one might think Róisín has decided to wander into Tori territory. As ingenious as Amos is though, she has never really explored spaced-out, jazz-house like Murphy does so skillfully here. It’s one of Hairless Toys‘s highlights.

Like an uninspired blend of Vespertine-era Björk and BOUNTY-era iamamiwhoami, “Hairless Toys (Gotta Hurt)” comes and goes without making much of a distinct impression of its own. Despite the frighteningly out-of-tune piano passages, the honesty of Murphy’s wounded lyrics, and the intriguing use of choral vocals blended with watery synths, it all seems like a case of been there, done that.

Following the unmemorable title track, the listless “Exile” and the “sale on aisle four” atmosphere of “Gone Fishing”, Murphy redeems herself, finishing on a strong note with “Unputdownable”. With a lovely clarinet solo, acoustic guitar flourishes, huge, stacked gospel vocals, and a beat that strangely recalls OMC’s “How Bizarre”, the track is as random a collection of sounds as any on the record, and one that actually works quite marvelously.

In “Exploitation” Róisín sings, “Never underestimate creative people and the depths that they will go.” The truth is, sometimes creative people need a little direction. Murphy has always seemed to be in complete control of her artistic vision and for half of its duration, her latest album is a thoroughly engaging return to form. Uncompromising, confident, lyrically clever, and quirkier than anything she’s released, it is also way too esoteric and stylistically scattered to merit overwhelming praise. The album’s eight tracks were whittled down from a larger collection of thirty. As the brilliant “Unputdownable” comes to a close, one can’t help but think there had to have been more interesting choices amongst the remaining 22 songs. If Hairless Toys is the sound of an artist with absolutely nothing to lose, then it also is the sound of an audience with little to gain.