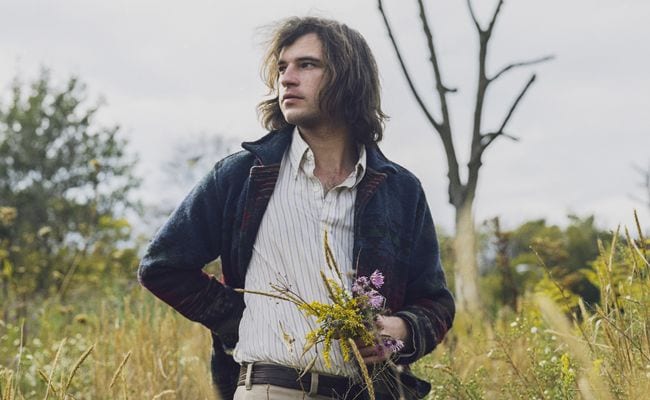 Primrose Green is one hell of an insular folk album. It’s a disc less focused on satisfying the writer’s ego or existing purely on the basis of heartfelt confessionals as so many modern “folk” albums are; instead, it focuses on establishing its own universe, one where psychedelic textures mix in with delicately finger-picked guitars, creating something sonically unique but also entirely self-contained. Primrose Green is a universe unto itself, and it’s for that reason that so many people are talking about its creator, Ryley Walker.

The Illinois born-and-bred singer-songwriter has been cutting his teeth in Chicago for years, and as PopMatters‘ own Eric Risch pointed out in his stellar review of Primrose, some of that may be due to Walker’s own role in an album bearing his name: “More bandleader than frontman, Walker isn’t burdened by traditional narrative structures; rather, the Chicago-by-way-of-Rockford, Illinois guitar picker and his band of Windy City musicians incorporate lyrical fragments into their alchemy of sound to create a series of mood pieces that flit on a wind, catching one’s ear in passing. Lyrics serve to reflect and reinforce a particular composition’s tone as much as they are used as vocal cues to the musicians working alongside Walker. “

In tackling our 20 Questions, however, Walker reveals to us a profound affinity for Led Zeppelin III, his mastery of making both breakfast and smoke rings (although not simultaneously), and how after all his days in heavy noise bands, it still takes that one perfect Mark Ruffalo movie to bring him to tears.

I don’t remember the name of the movie, but it was something I watched on a plane. Starred Mark Ruffalo and Kiera Knightley I think? [Editor’s Note: that was John Carney’s 2014 flick Begin Again.] She’s this struggling singer-songwriter that Mark Ruffalo’s character is trying to produce. It’s not that I even relate to the whole music industry thing; I think I was just fried after a long tour. I’m not a stone with no emotions ever, but after 60 days of no sleep and only eating shit in a car seat six hours a day, everything is amplified. Pretty rare I’m moved to tears.

I don’t think enough about these things…

Led Zeppelin III, obviously. Wait, maybe Tim Buckley’s Blue Afternoon or any of the live Nina Simone records. Jesus. Tough one. Favourite (Wow… I’m typing this on a computer in the UK, so it auto-corrected the American spelling of “favorite” into “favourite”)… favorite records are insane. I like favorite foods, movies, TV shows, etc. Favorite records though… thinking of them just makes my brain melt.

Neither ever interested me. Maybe Star Wars a bit as kid, never watched any Star Trek. I mean, I still have a bunch of Star Wars action figures in a closet at my parents house. I think that world kind of disappeared for me once I discovered music and such.

A quiet morning with black coffee and a cigarette. Gets the sparks going.

Met a lot of great people along the way. Thankful for every one of them.

I like the idea of being remembered for nice songs, but I think being remembered for making good breakfast sounds better. You know? I want my friends and family to remember the great texture and constancy of my scrambled eggs or guacamole. Real sensory flares in the brain dome.

I think Anne Briggs and Yeats are both the masters of the English language. They dance around with it in such a sweet way. Very much in love with all of their works.

I mean, I could say something like Out to Lunch by Eric Dolphy, but that would be total bullshit. I like that it’s his records and not mine. To just take someone’s work and slap my name on it because I love it is sacrilege, man. I didn’t work my ass off for years on the sax. People can keep their masterpieces. I’ll play catch-up in the meantime.

“Turn your amp down and listen.” Used to shred lots in noise bands. I eventually learned that people can actually shred together if you kinda just, you know, turn down. Make a band sound like a band, y’know.

I don’t keep track of things I buy; guitars or records would be the cliche answer. Once stole a Sonic Youth CD in middle school. Feel bad now, but it was cool to hear at that age.

Really into boots; clothes are nice, yeah, but I need boots that look and feel good.

Maybe Harry Crews? Seems like somebody who could tell a good story while cleaning out a full rack of ribs with corn muffins. I think The Ritz would boot our asses quick.

No way. I’m cool here and now. I’d turn the world into some Ray Bradbury shit.

Pills are very fun, but having a lot of work and staying busy is a good way to manage stress for me. Also, it makes everything more stressful I guess.

I think people who actively seek out the hidden world of great vodka are true maniacs. I can’t hang with it. Whiskey, sure. Heads who are like into vodka though: jesus. Inspiring and intimidating. Cigs are OK, I smoke too many, though. Chocolate, I don’t care for. A cheap candy bar sets off the same sparks as some fancy shit: doesn’t make a world of difference to me. I like coffee, but only in the morning. Nothing too fancy. I’m easy to please.

I like cities. The small, quiet villages and countryside lose their effect for me after like, 48 hours. Not my thing. Yeah they are lovely and romantic, but I want a 4AM bar filled with townies and characters and be able to get a taco after. I want to see a melting pot of all cultures/races/religions/genders/sexuality/creed/crust punks all hustling to get by. I like trains, I like the bus. I like waking up to kids running in the flat above me. I like being alone in a dense city. I also like being omnipresent. I like record shops across the street from tobacco shops. I like hot ass summers in a polluted ecosystem. Cities are great.

I can’t even begin to ponder this. Sorry.

Have some real nice new tunes, want to make another record this year. Sure to be the best yet.

TAGS 20 Questions2
FROM YOUR SITE ARTICLES