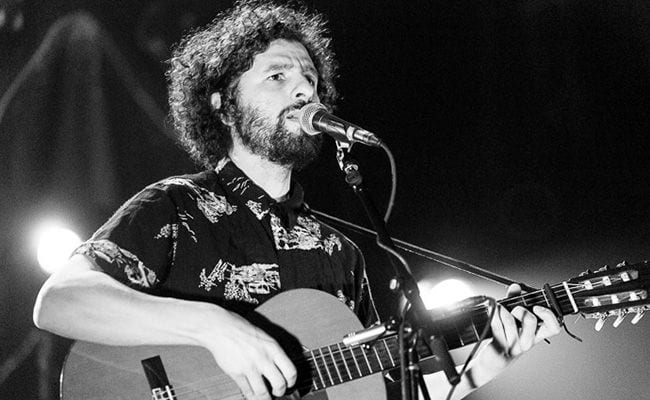 Sweden’s José González and Iceland’s Ólöf Arnalds are both accomplished guitarists. With González currently supporting his new record Vestiges & Claws (Mute) and Arnalds supporting her fourth album Palme (One Little Indian), their decision to tour together in Europe and in the US this past March and April allowed audiences to listen to these excellent musicians create uniquely magical sonics on the same night.

Arnalds was solo as she performed, letting her mystical guitar assist her spritely, delicate voice as she slowly drew attention from the arriving crowd, quieting them. I had seen her perform during CMJ for an Iceland Airwaves showcase a year and a half ago and have wanted to see her again. Fortunately, I was inside on time, as her set started ten minutes before it was scheduled to. It would have been a shame to miss her brief set as her smile and demeanor are as equally inviting as her honest and pleasing songs.

After her set, González and his band took the stage, building incredible, tender warmth that was surprising for a venue that often hosts banging club nights or rock shows. Having seen him perform last year on his birthday, I knew to expect to feel moved. His music is “delicate in ways that could make your spine tingle – his voice, the soft percussion, the harmonies, the strumming and picking of his guitar”, as Restless Cities aptly puts it. Although I am not too familiar with his original material, it would be hard to believe any of them, save for “Crosses” are more popular than his covers of Massive Attack’s “Teardrop” or The Knife’s “Heartbeat”. Those three songs are stirring live and not to be missed.

Let It Carry You

Hand on Your Heart (Kylie Minogue)

With the Ink of a Ghost

This is How We Walk on the Moon (Arthur Russell)

Leaf Off / The Cave

José González and Ólöf Arnalds singing Lou Reed’s “I’ll be your Mirror” at the Scala in London:

She isn’t really visible, but you can hear Ólöf Arnalds perform a song at the Iceland Airwaves CMJ 2013 Showcase: