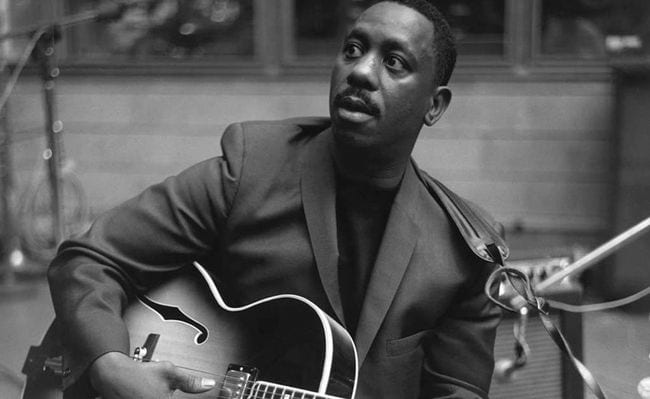 Wes Montgomery
In the Beginning
Resonance

Most jazz guitar fans consider Wes Montgomery one of the genre’s legendary heroes because of a string of excellent albums he made as a band leader during the sixties before his untimely death in 1968. His influence extended far beyond jazz as rock legends such as Stevie Ray Vaughan and Jimi Hendrix have cited Montgomery’s importance to their style of playing. Resonance Records has collected 26 rare and never-been-released tracks spanning 1949 to 1958 on two-CD and three-LP sets appropriately called In the Beginning. They reveal a much different side of the man for two reasons: he was a younger person still working on finding his distinctive voice, and the fact that life in the fifties was much different than it was in the sixties and to a certain extent, the music reflects the times.

Montgomery’s known best for his smooth style. During the sixties he turned popular tunes such as (“I Say a Little Prayer”, “Windy”, “and “Eleanor Rigby”), into soft and easy listening while also giving the music an exuberant edge. It may have been slick, but it was charming in its sophisticated effortlessness. There’s nothing like that here. Most of these cuts were caught by a fan with a portable tape recorder during live gigs at Indianapolis. Modern technology has turned these tapes into hi-fidelity sound with crowd noises and other imperfections unnoticeably in the background. The resulting music is much more frantic and driven than his 1960s work as he plays bebop and other contemporary styles of the post-war era.

The first disc contains recordings of Montgomery playing at the Turf Club as part of a quintet that included his brothers Buddy and Monk Montgomery on piano and bass respectively. Sometimes the band swings, as on “How High the Moon”, but as with that song there is usually a place in the middle where Montgomery plays a solo that goes way beyond the conventional melody and rhythm and seems to exist in a space all of its own. Something in the way he fingers the chords creates a sense of urgency and wonder as to how he long can he keep it up and where the heck is going. The precision of his playing is breathtaking.

Even on the quieter tunes, such as “What is There to Say” and “Six Bridges to Cross”, Montgomery plays hot more than cool. His playing intensifies what’s going on. As the liner notes say (and the liner notes deserve special mention as the 55-page booklet includes a large piece by Grammy Award winning journalist Ashley Kahn, producer Quincy Jones, and rock guitarist Pete Townshend) he was a black jazz musician performing live during the time of a great national Civil Rights struggle. For him and those of the era, music was one of the dominant ways in which black Americans could show their pride and sense of accomplishment. Jazz was understood as a place where black Americans had always stood in the forefront.

The showpiece of the second disc is the five-track set produced by Quincy Jones for Epic Records in 1955 at New York’s Columbia Studios. Montgomery and band take on everything from Cole Porter’s “Love for Sale” to the self-penned “Far Wes”. As might be expected from a Jones production, the sound is crisp and uncluttered. Montgomery takes fast rolls down the fret board. But one can clearly hear each note. And when he does take it easier, he doesn’t slow down as much as play prettier by adding frills and such.

In the Beginning will please jazz aficionados more than casual fans. Despite the relatively high level of playing and the excellence of the sonic restoration, this is jazz for jazz fans — unlike Montgomery’s 1960s recordings that had crossover appeal. Purists may rejoice. Others should stick to Montgomery’s later work.