The Beatles’ copious output seems to have exceeded their existence as a recording group, which lasted only seven years. They recorded their final album, Abbey Road, in the summer of 1969, before any member was 30 years old. If Beatles fanatics are anything, they are statisticians and absolutists. Some will argue that Let It Be, released in April 1970 as the soundtrack to the film of the same name, was their swan song, but it was fully recorded (save for some 1970 finishing touches from producer Phil Spector) between 1968 and January 1969. That experience, known informally as the Get Back Sessions, was by all accounts a disastrous time for a group already fractured by so many issues.

That they came back shortly afterward for an intense six-month series of recording dates — which would become Abbey Road — is testimony to their perseverance as professionals. It also conveys their love of creating and playing music with each other, their obvious competitive nature, and their need to release something much more cohesive and brilliant than the Let It Be song, movie, and album. For many at the time of its release, Abbey Road came off as a bittersweet farewell and a tempting forecast of things to come for John, Paul, George, and Ringo.

On the heels of 50th anniversary boxed set releases of 1967’s Sgt. Pepper’s Lonely Hearts Club Band and 1968’s The Beatles comes this three-disc (and one Blu-ray audio) restoration of Abbey Road, which includes a 100-page hardcover book of pictures and recollections. Abbey Road Anniversary Edition is part warm and blissful (“Here Comes the Sun”, “Sun King”), with gorgeous harmony (“Because”), a funky reggae-tinged homage to Chuck Berry (“Come Together”), and a beautiful suite of seven songs that close side Two. The final song is not “The End”, but rather a cheeky little ditty less than half a minute long called “Her Majesty”.

Many think that Abbey Road is dominated by Paul McCartney, who was desperate to maintain a sense of unity and group dynamics with the rocker “She Came in through the Bathroom Window”. Indeed, it’s loaded with McCartney compositions such as the blues shouter “Oh, Darling”, the gorgeous ballad “Golden Slumbers”, and arguably the worst song of his Beatles career, “Maxwell’s Silver Hammer”. A nice offset to that mistake, “You Never Give Me Your Money”, starts in a beautifully lush way as it builds to a crescendo of defiant strength. “Step on the gas and wipe that tear away,” he tells us. Where are they going?

The chorus (counting off to seven and ending with “All good children go to heaven”) hints at a rather ominous conclusion. Abbey Road is not, however, dominated by McCartney. George Harrison’s contributions, “Here Comes the Sun” and “Something” are outliers in that they are really nothing like what he would release in early 1970 on his legendary triple-LP solo album All Things Must Pass. The former is a Beatles-type song, a celebration of life and happiness that seems like a cousin to McCartney’s Beatle song “Good Day Sunshine”.

The latter is arguably Harrison’s masterpiece, a sweeping romantic ode to a love that is always there, a love earned and embraced. However well regarded Harrison’s “Something” was at the time, it can’t shine as it’s always in the shadow of the Lennon and McCartney standards. (At the time Frank Sinatra famously called “Something”, “the greatest love song of the past 50 years”, while also mis-identifying it as a product of Lennon and McCartney.)

Ringo Starr’s “Octopus’s Garden” was and remains an inoffensive, slight ditty that neither adds nor detracts from the overall tone of the album. Sandwiched between McCartney’s slow shouter “Oh Darling” and Lennon’s extended bluesy riff “I Want You (She’s So Heavy)”, it’s a suitable sibling to “Yellow Submarine”. What’s surprising and refreshing is how much better “Octopus’s Garden” comes off here in a shorter version, less produced version. This version, without the original album’s gurgling underwater sound effects, features a tasty guitar lick from Harrison that would have been at home on his 1970 country album Beaucoups of Blues.

This box set reissue is lovingly curated and mixed in stereo 5.1 surround sound and Dolby Atmos by Giles Martin and Sam Okell. Any concerns about revisiting the over-familiar are blown away by this remix work. It’s almost as magical as hearing Abbey Road for the first time. Take, for example, the three-way guitar duel between Paul, George, and John as they trade soloing through the second half of “The End”. We might have thought of this song as a duel between three guitarists that were squaring off for attention in a spotlight they were about to relinquish for the great unknown of solo careers. But in this new mix, it sounds more like a friendship. 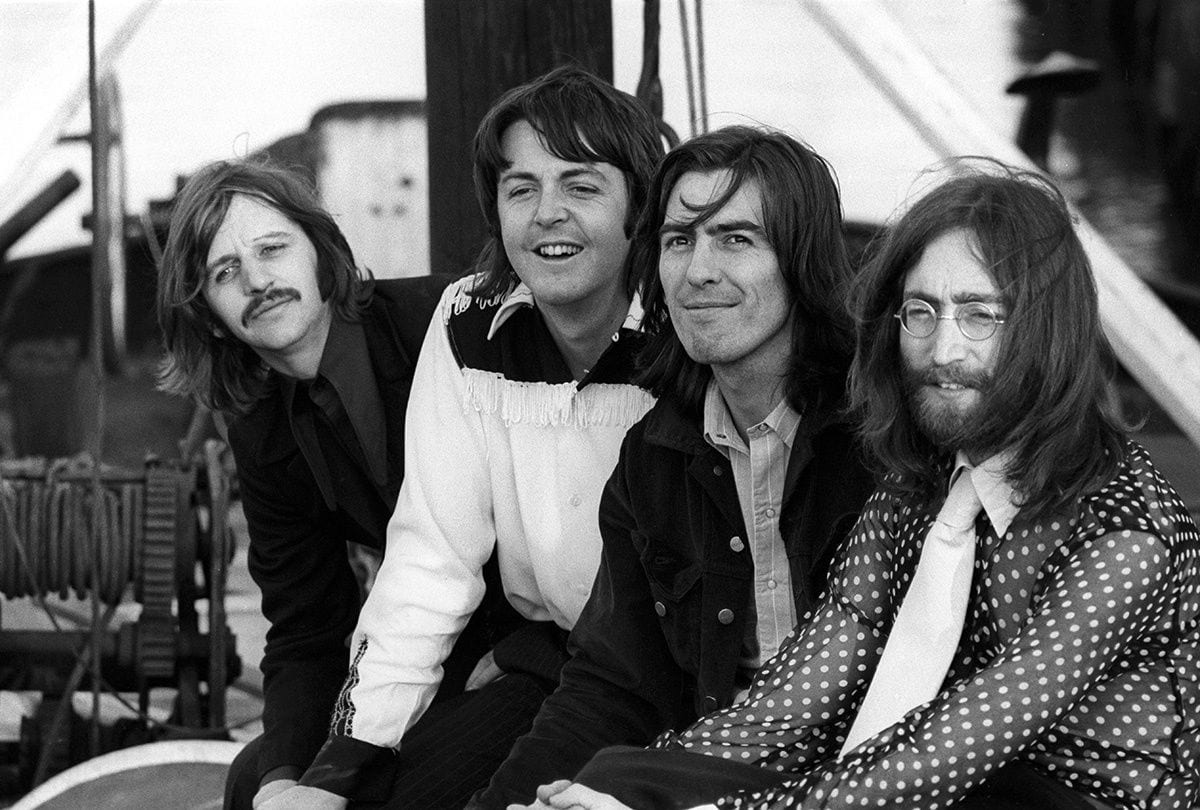 John, Paul, and George were never guitar gods. They always worked to service the song, and the lack of post-1966 live performances as a group meant that the studio versions would stay. But those scorching guitar solos in “The End”, (all 2:23 minutes of it) along with Ringo’s only drum solo as a Beatle, were the perfect mic drop to an era, to their contemporaries, and the listening world at large. This track was strong half a century ago, and the blessings of a new mix have squeezed even more power from it.

By the time Abbey Road came along, most fans of the era were quick to pick not our favorite songs, but rather our favorite member of the Beatles. Many concluded (with a strong tinge of misogyny) that Lennon was too deep under Yoko Ono’s spell to be a team player, but the tracks here sound immediate and urgen. The sweet and gorgeous layering of voices in “Because” and “Sun King” are less blissed-out relics of the era. Still, they’re beautiful examples of John’s romantic side, how he drew from the sublime beauty produced when he sang three-part harmony with Paul and George. It’s a sweet throwback to the beautiful harmony of 1963’s “This Boy”, and the fact that we’d never again hear this song from Lennon again makes it bittersweet.

Listen to the Trident Recording Session & Reduction Mix of “I Want You (She’s So Heavy)” that opens Disc Two. When they’re interrupted by noise complaints from neighbors, John turns down the volume after one more take and a declaration to the others “Last chance to be loud!” Billy Preston’s swirling organ is terrifying, and the track concludes (whereas the album version abruptly stops in mid-note).

Listen to John and Paul perform “The Ballad of John and Yoko”, (a B side not included on the album.) They’re a duo, but they playfully refer to each other as Ringo and George. Take 5 of John’s “Come Together” opens Disc 3 and proves the early versions don’t need much changing. The only thing really altered from these Lennon outtakes to the studio version is the ragged raw glory of Lennon’s voice, which we would also hear in 1970’s primal scream solo debut, John Lennon / Plastic Ono Band.

Paul’s efforts were equally divided between songs for the Beatles and gifts given to Apple label recording artists. His home demo of “Goodbye”, made popular by Mary Hopkin, is all romantic falsetto and sweet longing. His studio demo of “Come and Get It”, given to Badfinger, is the type of power pop that wouldn’t see fruition until ten years later when performed by Nick Lowe or Squeeze. McCartney has been saddled with many labels over the years — schmaltzy and cloying and a pop star more than a true rock renegade — but his work ethic throughout his career as a Beatle and beyond is amazing and clearly influential for later generations.

History will most likely prove Paul was at his best in Abbey Road. The interplay between his voice and sentiments and John’s as they shared songs such as the sad romance of Paul’s “Golden Slumbers”, or the implicit naughtiness of “She Came in Through the Bathroom Window” mixed with John’s strange “Mean Mr. Mustard” and “Polythene Pam”, provides a nearly 15-minute suite that closes side two. These songs are perfect testimony to their competitive yet somehow manageable partnership. We’ll never know if Lennon might have incorporated those songs into live stadium performances 50 years later, but McCartney’s been performing them for years. The joy he experiences recreating “Golden Slumbers”, Carry That Weight”, and “The End” as his concert finalés is palpable and infectious.

What remains for the legacy of Beatles Incorporated ? Fortunately, Let It Be was already rehabilitated in 2003 as Let It Be…Naked, stripped of the Phil Spector sonic overload of strings and sweetness. The 1970 film, Let It Be, will be revamped and re-released in 2020 for its 50th anniversary and will (one hopes) be seen as it is — a soundtrack to a movie and a document of a group transitioning to separate lives. The best boxed sets are proof that alternate timelines are alive and well if we’re willing to look for them.

No matter how we liked our Beatles, or whom among them we liked best, the Abbey Road Anniversary Super Deluxe proves they were a cohesive unit through to the end. Their work once again sounds fresh and experimental yet always in the pocket of the melody. We can hear that the Beatles were eager to work together one more time to pour more musical flavors into their magic elixir. 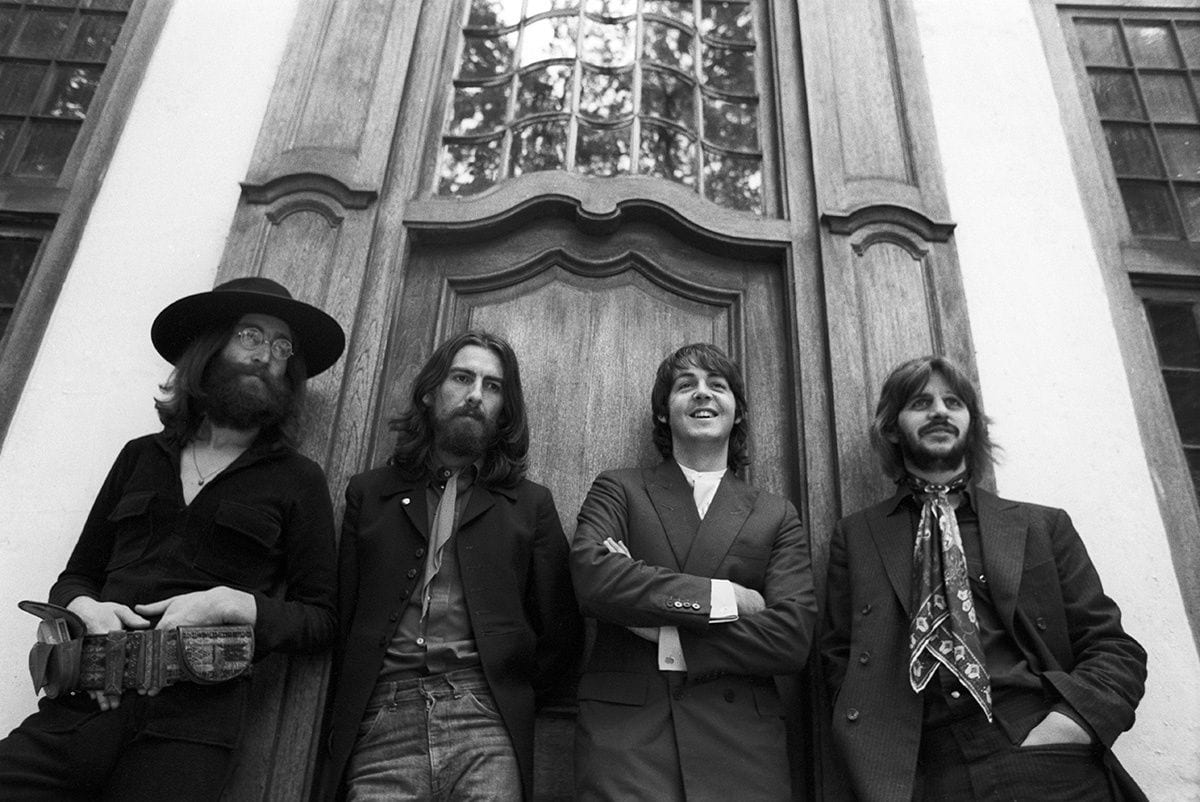