Critiquing The Force Awakens (Abrams, 2015), I wrote, “While Abrams has breathed life into a dying saga, is its prolonged life anything more than indulgence for either those behind it or we, its audience? Star Wars belongs to a period when films looked and felt a certain way, and were a collection of films loved for their imperfection. One must fear that The Force Awakens’ endurance and attempt to belong outside its time may still not end well, despite the fact Abrams has awakened in the saga something that defies absolute indifference towards it. But the film is merely the first step in a bigger journey, and only at the conclusion (?) can this expansion venture perhaps be adequately judged or critiqued.”

Timing can determine the fate of a film, knowing how to tell the story is crucial. The release of Star Wars: The Rise of Skywalker (Abrams, 2019) delivers a blow of humility to its director, just as Star Wars: The Last Jedi (Johnson, 2018) did to its filmmaker. It’s interesting how these two revered contemporary storytellers have been humbled by what they love. Their struggle to answer the question of how to tell the story post-episode VI raises another pertinent issue with such filmmaking sagas: understanding the time and space of the story itself.

Forty plus years is a long time, in which the blockbuster forged by the creative wills of Steven Spielberg and George Lucas with Jaws (1975) and Star Wars (1977) is no longer in its infancy. If it’s now synonymous with Marvel, is the continuation of the Star Wars saga an intrusion upon this powerful entity in the blockbuster canon? While in 1977 Star Wars: A Hew Hope felt magical, special even, can we expect new instalments to sustain or evoke that same feeling, when Lucas’s attempts at a prequel trilogy yielded such divisive, underwhelming, even angry responses from audiences? In hindsight, was the Special Edition trilogy in the ’90s not the last hoorah for this beloved story? 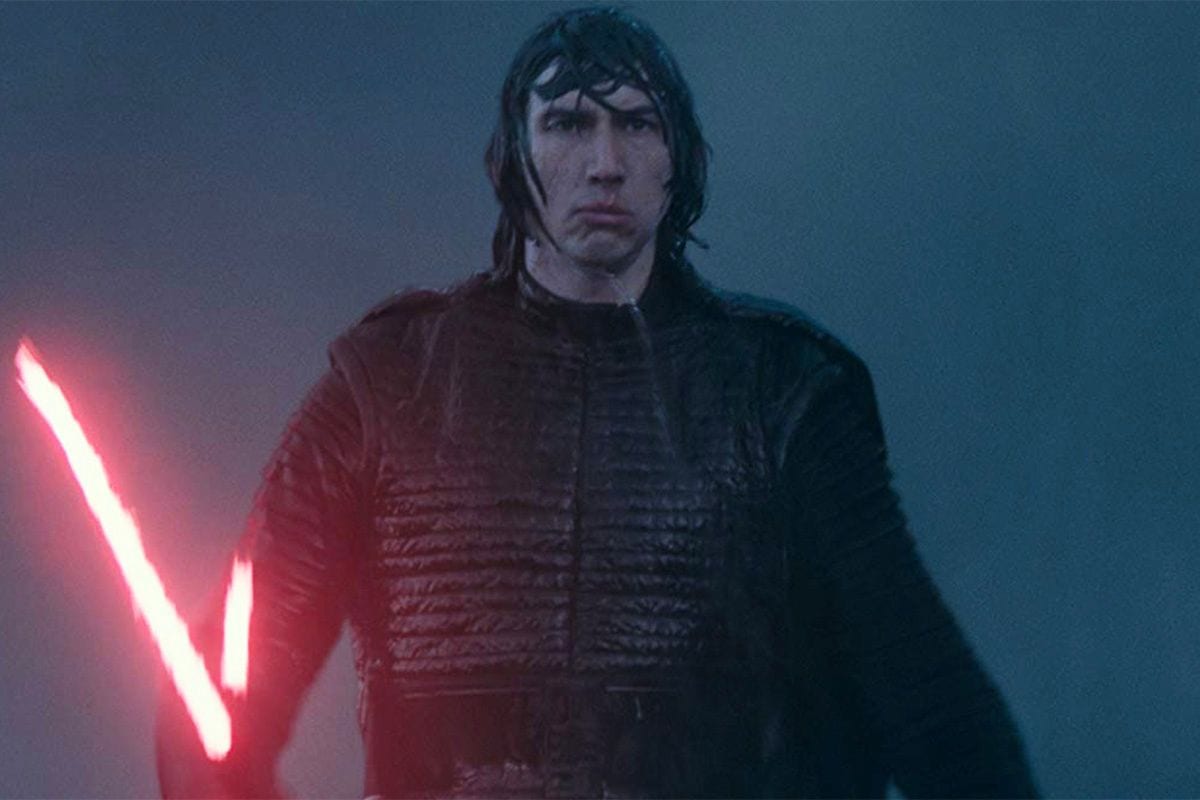 While The Force Awakens estabilised the franchise, Johnson’s poor middle film, the death of the Star Wars spirit, was a destabilising effort that put too much demand on this, the final chapter. The epilogue trilogy was doomed back in December 2018. Abrams has found himself in a cycle of eternal recurrence — one of stabilising the franchise. However, unlike his earlier success, the pressure this time around is too much for him to overcome. He is left only to conclude his expansion venture with what is a frustrating and unremarkable experience.

The Rise of Skywalker is not without promise, and credit to Abrams for his willingness to open up the universe in a way he had previously been unwilling. From his own rendition of A New Hope, here he gravitates towards a greater emphasis on the mythology and lore of the Sith. Yet he frustratingly teases more than satisfies this tantalising prospect. This returns us to the quandary of undertaking a story because the Sith should remain mysterious, true to their shadow-like presence and the puppeteers behind events. The creation of the Sith planet of Exegol and Palpatine’s (Ian McDiarmid) references to Sith heritage awakens in us a desire to know more.

While the prequel films were Jedi-centric, exploring their mythology and lore, juxtaposing this new trilogy, built around an exploration of the Sith, could have been an effective choice. This approach could have evolved and nurtured the story in an alternative way. On the other hand, an exploration of the Sith may itself be ill-advised, in spite of the prospect being a tantalising one. The Rise of Skywalker never feels like a film that knows the answer to the question raised in its predecessors; what is the overarching story of the trilogy? Instead, it simply frames episodes VII-IX as an act of indulgence. 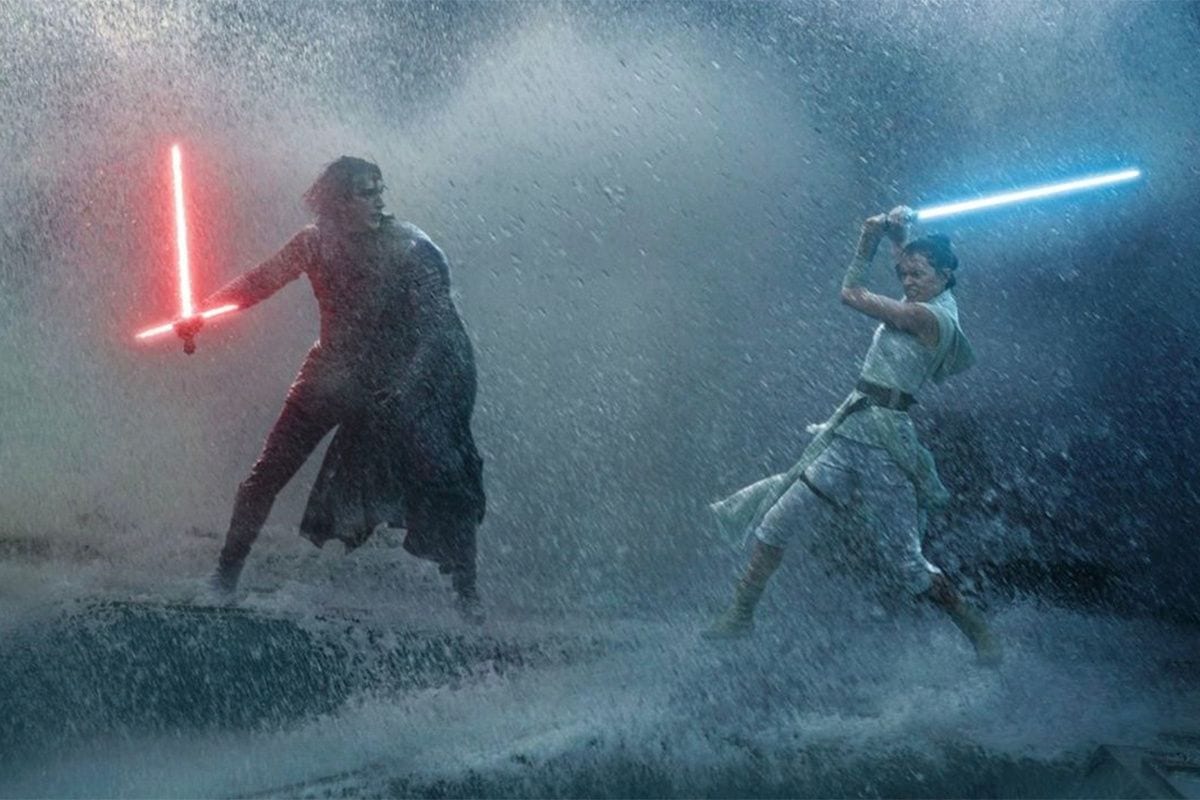 One of the biggest qualms with this final chapter is how Abrams’ direction hurts the film as a cinematic work. There seems to be a failing to understand the triangular relationship of character presence, cinematography, and sound. In an early scene, Emperor Palpatine (Ian McDiarmid) raises up his newly built fleet, a moment that screams cinematic. Compare this to the scene from The Empire Strikes Back (1980) when Yoda raises the X-Wing from the swamp, the frustrations between him and Luke, his apprentice, the patient cinematography and slow-building score by John Williams coalesce to create an awe-inspiring moment. And… this is a another missed opportunity in The Rise of Skywalker, thus compromising the film as a cinematic work.

There are moments of promise, such as the notably eerily atmospheric scene of Rey (Daisy Ridley) standing amidst a piece of iconographic wreckage on Endor. But the director betrays impulsivity and lack of patience. What could be an iconic moment is squandered.

Is this trilogy creating memories? Or is it only an act of remembrance? Cinema is imperfect, but even in imperfection, pleasure can be found, and moments worth remembering forged. Is The Rise of Skywalker an unnecessary act of remembrance that unsuccessfully tried to keep the past alive?