As the timpani drums and brass section of John Williams’ orchestra blast us yet again into our near and dear galaxy far far away, the prologue makes its classic slow pan up the screen and, in its first sentence, tells us “the dead speak.” They do indeed.

Star Wars: The Rise of Skywalker (Walt Disney Studio Motion Pictures, 2019) is haunted not only by its many ghost characters but by the previous eight films in this culture-defining franchise. Operating as they do on this perilous turf, the film’s writers embrace nostalgia and inevitable intrusions from the past into the characters’ immediate conflict in an interplay that stays true to the characters and the series in ways that, if not original, are pleasing in the epicurean sense.

Perhaps more so than any other film, the pressure from rabid
Star Wars fans has been tidal, swirling around the writers’ room like the black waves on Kef Bir, one of the new planets introduced in this installment. The prior film, The Last Jedi (2017) sent us down a daring but ultimately disastrous wormhole, which left audiences with more questions than answers. How do Rey’s mysterious origins weld her to this saga? Who was Emperor Supreme Leader Snoke?

Writer-Director of
The Force Awakens (2015), J.J. Abrams returns with a new team of writers (Derek Connolly, Colin Trevorrow, and Chris Terrio). They answer many of our questions in the first few minutes. In doing so, however, they add a new problem by reintroducing Emperor Palpatine as this trilogy’s arch-villain, as he was in the previous two trilogies. In Episode VI, Return of the Jedi, Darth Vader had tossed Palpatine down a skyscraper-sized elevator shaft. 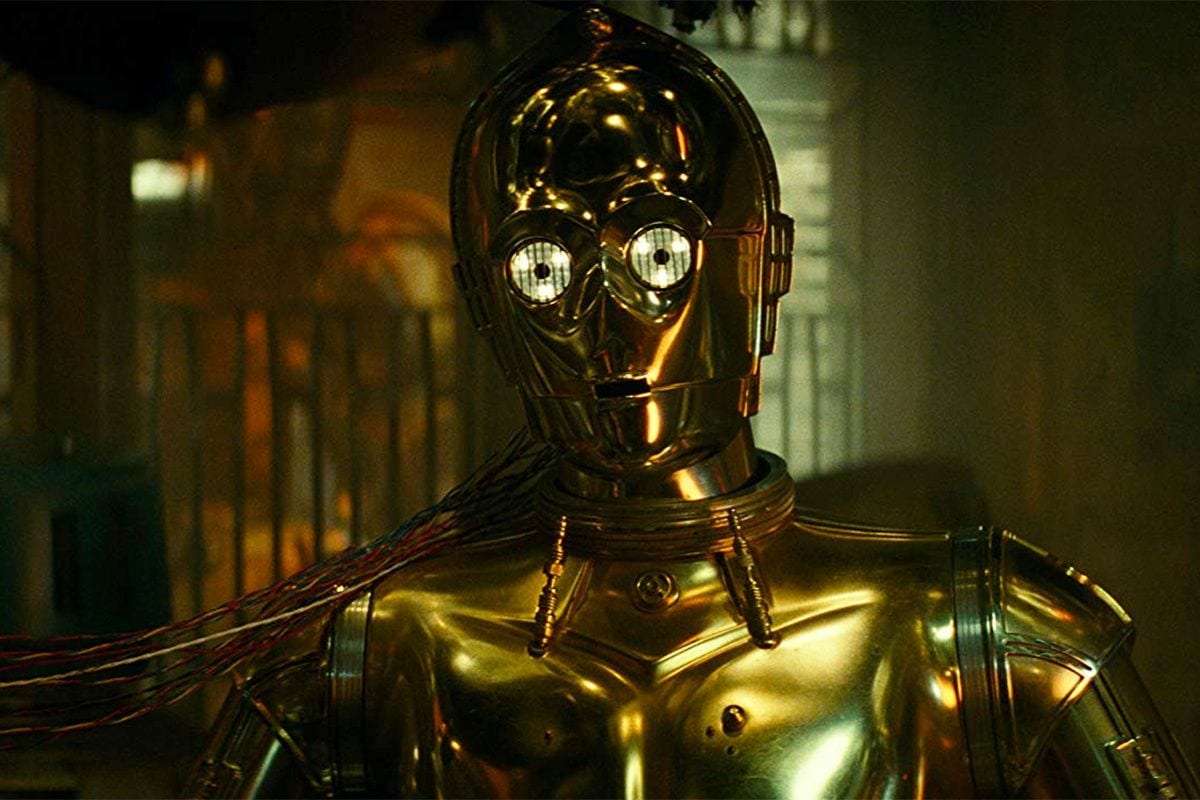 Are we to suppose it had been a soft landing? More than likely, Abrams et al. hope we won’t suppose anything as we, along with our cast of unlikely heroes old and new, are whisked into an admittedly suspenseful quest to find Emperor Palpatine on the clandestine planet Exegol.

As was the case in The Force Awakens, we adhere to the onscreen action despite its dubious premise because of the stunning visuals of remote worlds and the chemistry between compelling characters, both classic and novel. The bromance between Pilot Poe Dameron, played with swagger by Oscar Isaac, and ex-storm trooper Finn is tested, as both vie for influence in the Rebellion’s Resistance’s cause. John Boyega’s Finn is most riveting when in-action, his comedic relief appearing borrowed from Jordan Peele. The SGI and archival footage used to convey deceased Carrie Fisher’s Leia appears seamless on the big screen and, thankfully, is sparely utilized.

Reprisals by just about every cast member in the saga will either titillate or irritate depending on viewer disposition, especially since most of these cameos are inessential to the immediate action. Williams’ score, a character in itself, piques our anxiety with tense violins. On a dime, the score reprises old motifs in just the right places. The film’s new characters are intriguing and familiar— the perfect blend demanded by theLucas’ brand. 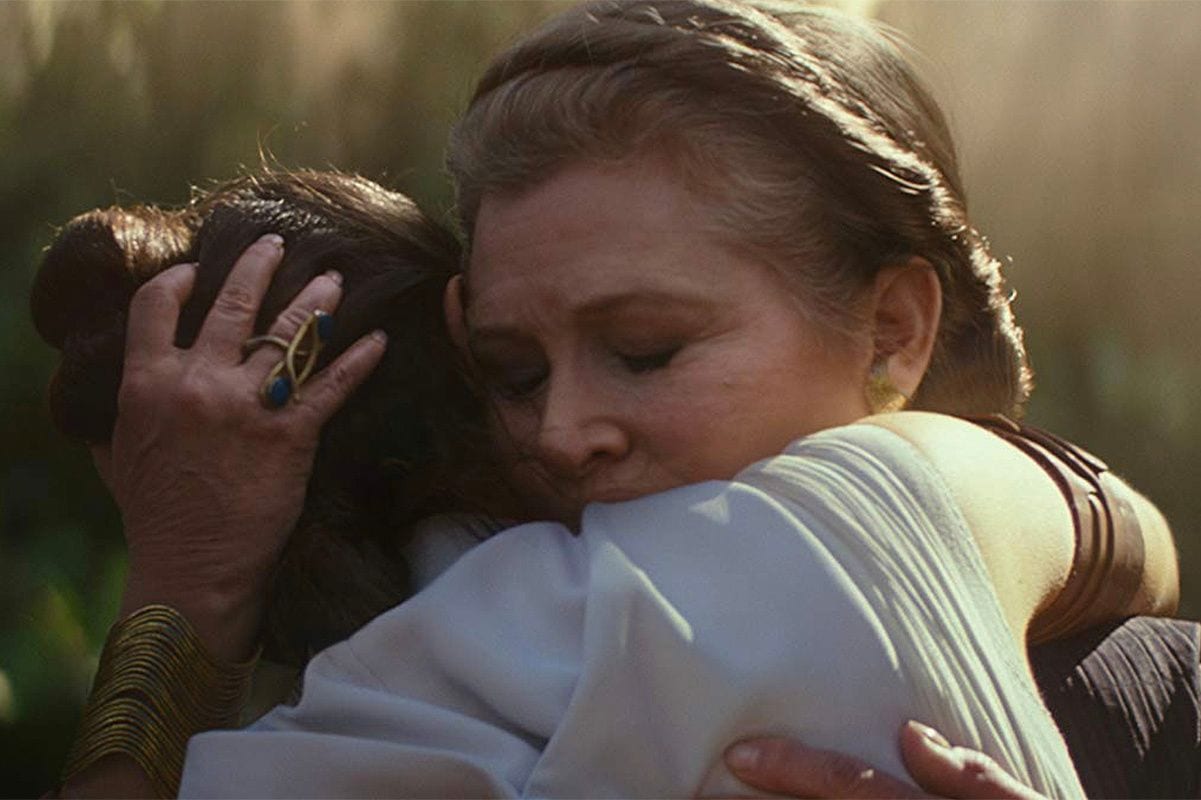 Ultimately, the force that propels The Rise of Skywalker is the same that has carried this trilogy: the romantic tension between upstart Jedi-wiz Rey, played by Daisy Ridley, and dark-side acolyte Kylo Ren, played by Adam Driver. The svelte Ridley is Florence Nightingale with a lightsaber. With her Olympian’s carriage, she uses her new healing powers to turn obstacles into allies or else man-handles them into oblivion. Driver’s trembling face evokes the fragile rage that can either solidify his character as a psychopath or crumble him into an agent of compassion.

As The Last Jedi established, Rey and Kylo Ren can transmit thoughts and physical objects to each other through telepathy. This gives the pair multiple opportunities to influence their separate character arcs as they navigate their respective moral quandaries. As Luke did in Return of the Jedi (1983), Rey must grapple with how her extreme power has the potential to hurt those closest to her.

Conversely, Kylo Ren must decide if his ambition to convert Rey belies an internal conflict towards goodness, just as Darth Vader had with Luke. To complicate matters, the force-ghosts of fallen franchise heroes intercede at inopportune times. Rather than creating dues-ex-machinas, this plot device forces our two protagonists to decide for themselves who they are and what side they’re on. The two form a chiasma on screen and their interplay is poetic.

The Last Jedi seemed to imply that a hybrid between light and dark forces was imminent; The Rise of Skywalker walks back from the cliff edge of such a proposition. The results are satisfying, if at times, predictable. 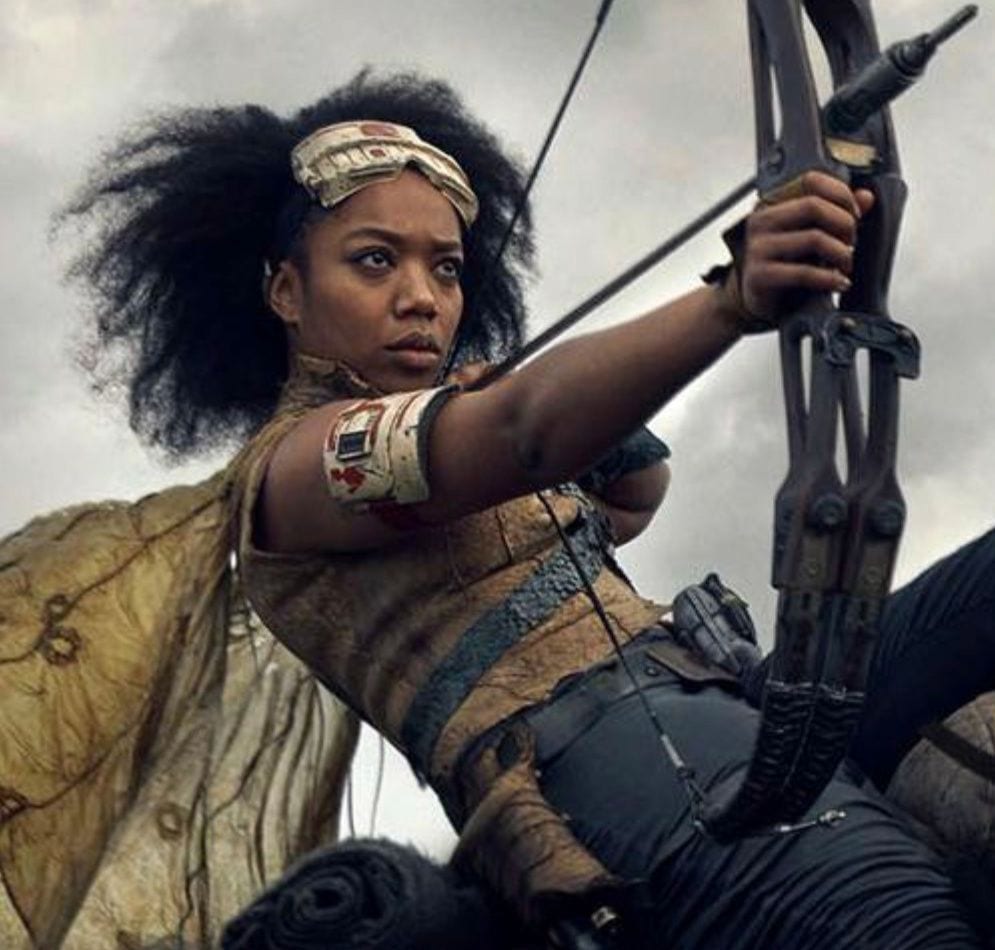 And audience satisfaction is the metatextual theme of this movie. Every few scenes hatch an Easter Egg or pay homages often reeking with crowd-flattery—particularly the scenes with R2D2 and C3PO. Still, just as the tension between the light and dark sides produces the Ray-Ren dynamic, the tension between audience expectation and storytellers’ creation has proven to be productive here. Perhaps if nothing more, The Rise of Skywalker is an example of how crowdsourcing can contribute to, perhaps even define, an enjoyable spectacle—all the more so because of its seance with prior films.

But critically-minded fans may find themselves feeling had at the film’s end. In one of the most eye-roll-invoking moments, a character sacrifices themselves, first “taking one last look” at our troupe of ragtag heroes who, of course, find a way to revive this character 20 minutes later. The Rise of Skywalker has been trumpeted as the last in the Skywalker saga. But with Disney’s and this trilogy’s annoying tendency to resurrect, one can’t be sure.

When Lucasfilm re-released the original trilogy on VHS in 1995, the advertiser boldly proclaimed it was being released “one last time”, urging viewers to buy. With this saga, its always the final time. As an audience inured to this false gravitas, we know otherwise. As the invention of force-ghosts and SGI allows, the dead never have to remain dead; they enter a digitalized holding cell to be recycled ad infinitum with profit margins as the worthiest premise — the true Palpatine that will always be calling us back.