At the end of the 2018 version of the Austin City Limits music festival, for as sweaty, weak-kneed, and muddy-footed as I am, I cannot help but feel what I did as I left the festival two years ago following a pitch-perfect set from LCD Soundsystem: “Yep, worth it.”

The important thing to remember about music festivals is that one doesn’t have to enjoy them, even if she is a lover of music and live performance. Festivals are lifestyle choices, not the pinnacle of musical expression: going to a festival means 9-10 hour days in weather that doesn’t care about your having a good time, overpriced food and drink, and throngs of people whose commitment to the festival experience skews wildly.

On the whole, I’d say that I’m not festival-averse, but I’m also not festival-prone. In order to willingly surrender myself to the pace of a festival, I have to want to see a significant majority of the acts on the bill, and I have to know that I’ll be in a space organized by people who know what they’re doing. Luckily, I live in a city home to a festival meeting both of those criteria. With the books now shut on ACL 2018, here are five highlights from another fine year at this Austin musical cornerstone. 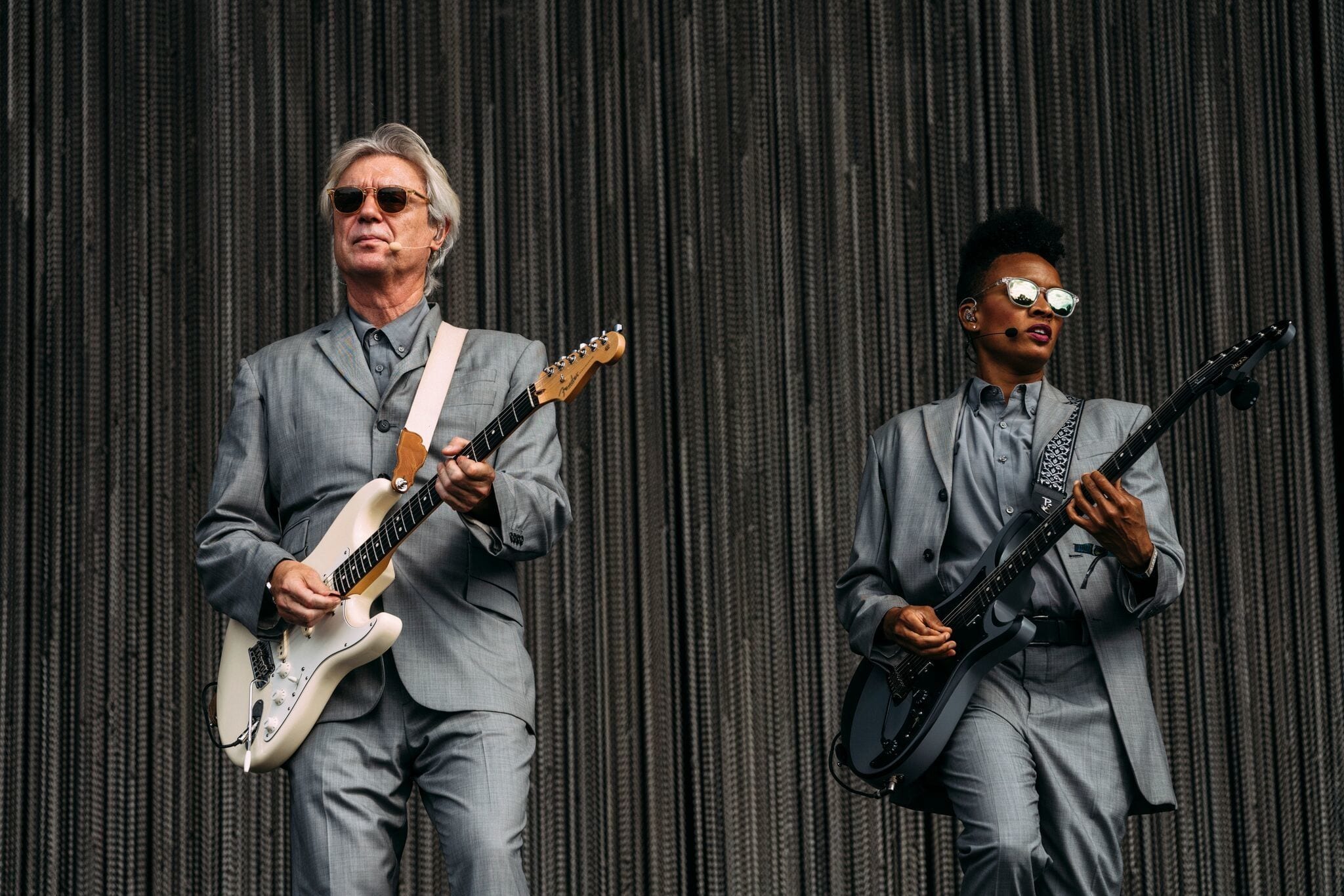 The two best performances of ACL this year stand out not only because of their comparison to the rest of the sets at the festival, but also because, on their own, they rank as top-caliber concert experiences – festival or not. Both artists performed at the same time of the day on different days (Friday for Byrne, Sunday for Monáe), and at the same venue, the American Express-sponsored main stage. Byrne’s set characteristically leans on the world of performance art, though it’s also a dance party and a rock concert all in one. As if to foreshadow Monáe’s next-level show(wo)manship on Sunday, Byrne concludes his shortened American Utopia tour performance with a cover of Monáe’s protest anthem “Hell You Talmbout”.

On Sunday, Monáe not only picks up where Byrne left off, but she even raises his performance caliber a couple of degrees, with inventively choreographed performances of the material on her new album, Dirty Computer, in addition to classics like “Tightrope”. To see two performers at different stages in their careers turning out performances that would even be the envy of legacy artists like Paul McCartney, ACL’s Friday night headliner, is to witness greatness firsthand. The only complaint one could raise against Byrne and Monáe is that they couldn’t perform for a proper two-hour headliner set – which, of course, was hardly their fault. 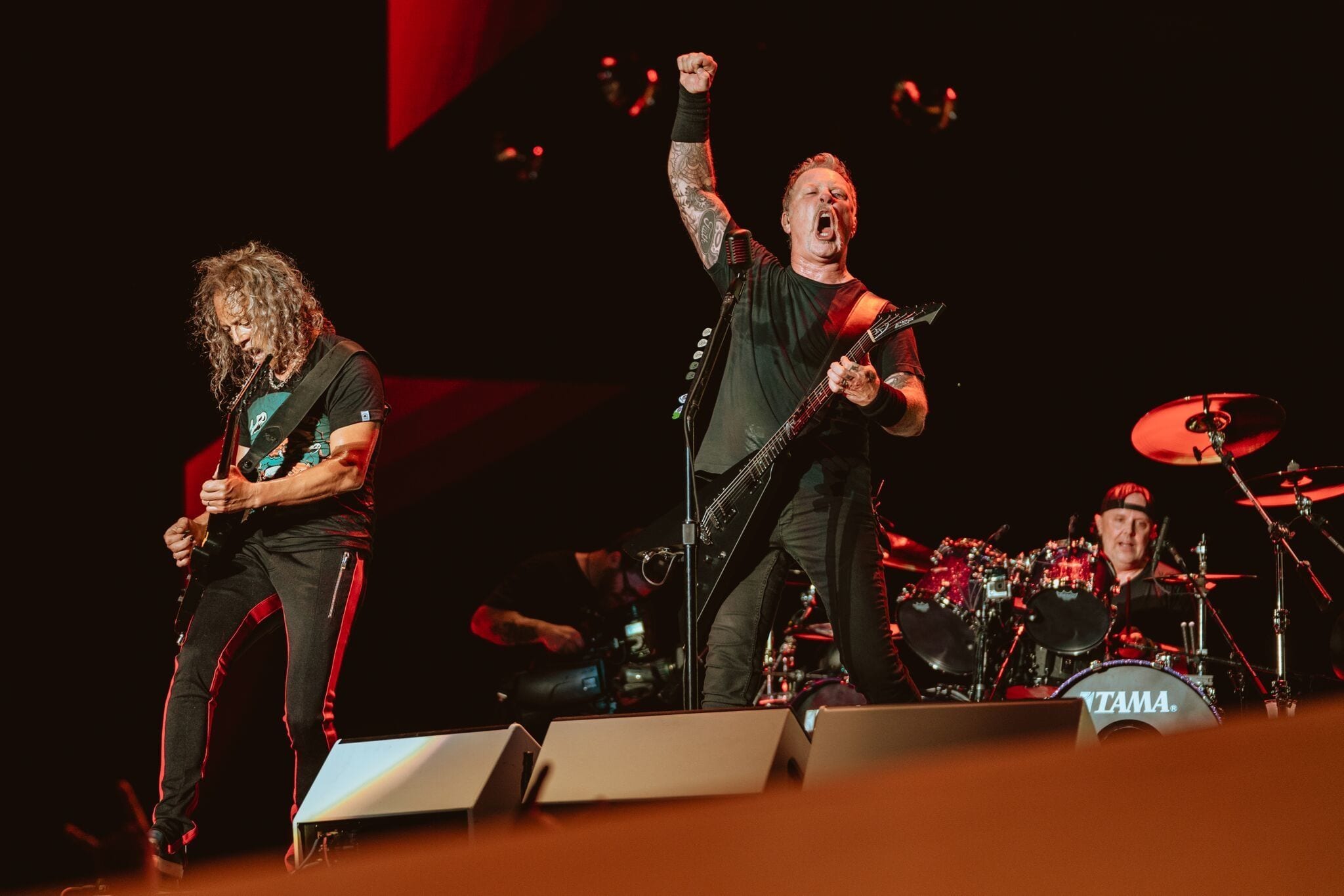 With festivals as broadly inclusive of genre as ACL, it’s hard to know if festival organizers aim for thematic continuity, likely ticket sales, or chart popularity when it comes to selecting headliners. Excepting Childish Gambino – who was booked for both weekends until he broke his foot – ACL, perhaps unintentionally booked a series of legends for the 2018 festival. Friday night saw Paul McCartney, a forefather for 80 percent of the music heard at ACL, bring classics of the Beatles, Wings, and his own solo catalogue to the main stage. Metallica further established its bonafides as the paragon of heavy metal’s halcyon days in the ’80s. Some might call my grouping in the Arctic Monkeys under the label “legends” a bit of a reach, but the band holds the prime-time 8:00 pm Sunday slot for a reason. For contemporary indie and alternative rock, these guys do hold a special place, and their performance at the Honda stage more than solidifies their place in the still-nascent canon of contemporary rock. And those were just the headliners: plenty of other legends, spanning Asleep the Wheel and the Revolution, gave the ACL audiences a good time. 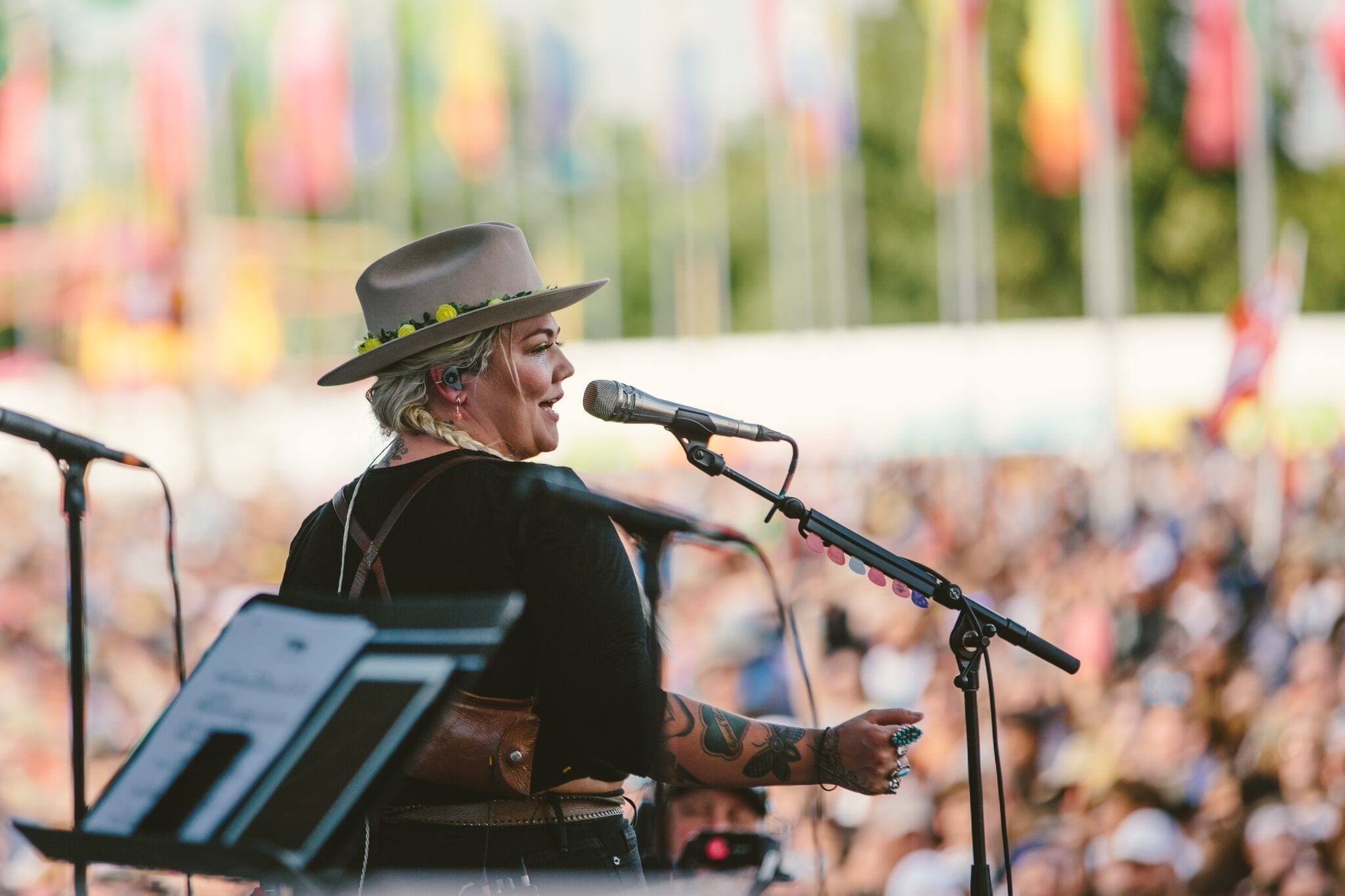 ACL does a good job in keeping its roster sonically variegated enough to make ping-ponging between bands and artists interesting, yet every year there’s an element of the luck of the draw: not every artist will be available in the given timeframe of ACL, some might not be able to make both weekends… the list goes on. For whatever reason, the stable of artists the ACL organizers were able to corral this year included several superb soul performers across the genre’s many manifestations, including Durand Jones and the Indications, Elle King, and Jungle, to name a few. 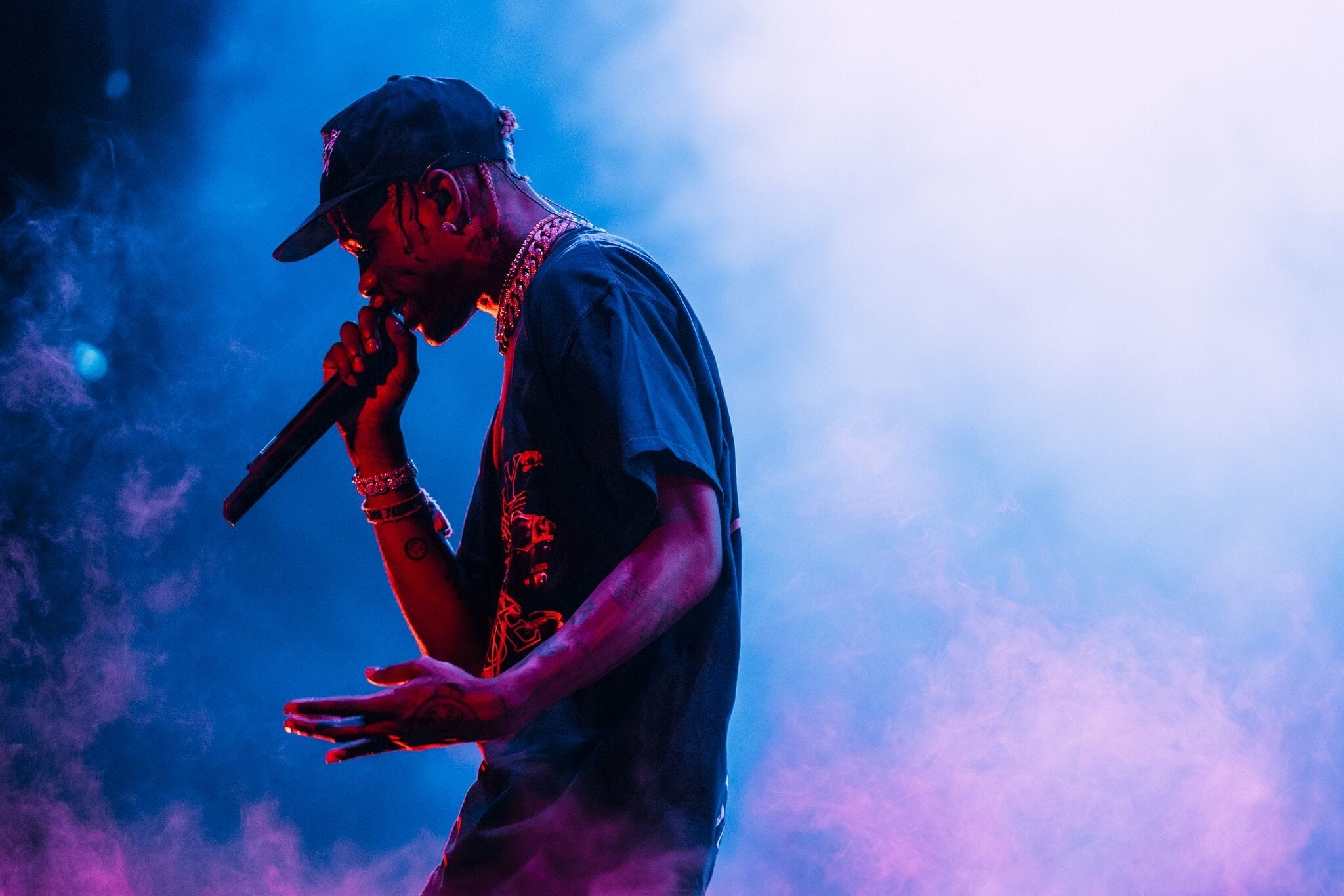 In going through my mental snapshots of the festival, I realized that I saw just as many artists of color as I did white artists, if not more. To come out of a music festival, especially one where lots of indie rock and pop bands are present, feeling like one hasn’t seen a crop of white dudes is no small thing, and credit is due to whoever booked this enormous festival for ensuring that voices of all distinct kinds were heard. A woman of color, Janelle Monáe, was the finest performer I saw (followed closely by Byrne, an admirer of hers). Other artists of color like Durand Jones (of Durand Jones and the Indications), Travis Scott, Mon Laferte, and Smino contributed excellent sets, and made it so that people of multiple racial, cultural, and social backgrounds could come to ACL and feel like they could hear artists to whom they could relate. 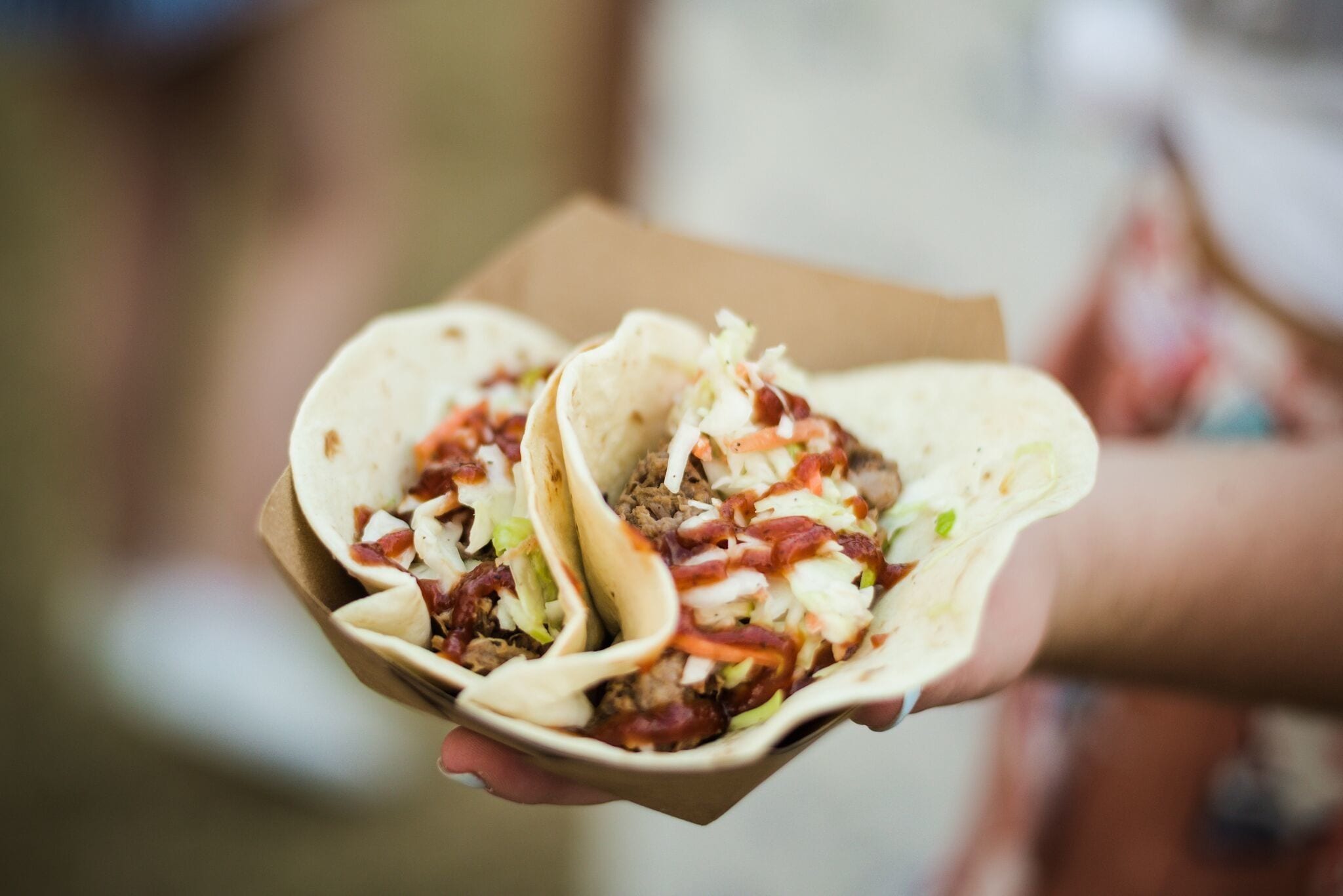 It’s a price gouger’s dream: thousands of people (75,000 per day, by some estimates), trapped in the confines of a park, with the sun beating down on them, forbidden to bring in their own food and drink. To be sure, food and drink prices at ACL aren’t cheap – a pint of, say, Hopadillo IPA by Karbach costs more than a six pack would at my local Austin grocery store – but at least most of what’s provided comes from local Austin vendors, from taco shops like Tacodeli and Torchy’s to ice cream from Amy’s and Skull and Cakebones. Being forced to pony up for overpriced goods is never fun, but at least an effort is made to provide real local eats, rather than generic, make-a-hundred-in-a-minute convenience food. My best discovery? A dessert from Austin’s own Tiff’s Treats called the “Tiffblitz”: vanilla ice cream blended with cookies and brownies, then topped with crumbled sugar cookies. In 90 degree heat, that kind of thing is just what the (unlicensed) doctor ordered.