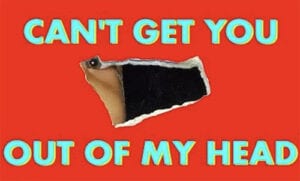 Can't Get You Out of My Head
Adam Curtis
BBC

Since Pandora’s Box (1992), his first fully-formed documentary series, Adam Curtis has been exploring the forces that shape society: science, finance, psychology, and more. He’s also using the vast BBC archive as a resource, digging through this Reithian residue, turning up rare and strange moments, and making increasingly bold aesthetic choices. Curtis’ documentaries don’t present themselves as neutral reportage; they are beautifully aestheticized essay films that put across a particular argument.

While the earlier works contained newly-shot footage and interviews conducted by Curtis, his newer films increasingly rely on archival fragments. Fragments, Curtis reasons, are the way people think these days. But in his latest film series, Can’t Get You Out of My Head, which was released to BBC iPlayer in six parts, these fragments take on an affective, sometimes hypnotic power. The series is subtitled “An Emotional History of the Modern World”. Evidently, Curtis is interested in how we feel and the forces that make us feel that way.

Despite the overwhelming length of the project, Can’t Get You Out of My Head doesn’t claim to be an authoritative or entirely chronological history. Instead, it juxtaposes moments from 20th-century history, and tells the stories of covertly and unexpectedly influential figures, patiently tracing their influence.

The Boole family provides one such example. Curtis relates how the mathematician George Boole’s Boolean logic has been used in social media to create a feed of algorithmically-generated recommendations and by the Chinese government to implement ‘algorithmic governance’. Boole’s daughter, Ethel Voynich, had a very different but also pervasive influence. Though not widely read today, her novel The Gadfly (1897) was phenomenally inspiring to revolutionaries in both the Soviet Union and communist China, inspiring the Cultural Revolution.

The Cultural Revolution and its after-effects are one of the main threads Curtis traces throughout the series. This is just one such example that illustrates the way he presents history as comprised of tightly-knotted nodes, rhizomatic and therefore apt to be connected to another node. When Curtis re-uses a couple of shots from his earlier documentaries, this doesn’t feel like laziness or repetition; it suggests that all his documentaries are part of the same vast, intersecting project.

As the six parts range over various themes, some themes recur and develop, while others are introduced and quickly dropped, their exact significance left to the viewer to divine. Each part has an enigmatic name such as “Bloodshed on Wolf Mountain” or “The Lordly Ones”. Broadly, these parts lead the viewer through differing concepts of revolution, to the decline of politics and the rush of finance to fill that vacuum (also the subject of Curtis’s 1999 series, The Mayfair Set), to the notion of a borderless world exemplified by Médecins Sans Frontières and Live Aid, to Britain’s post-imperial melancholy.

The final part gives an overview of the whole sprawling picture: algorithms increasingly control our perceptions of daily life, while emotive populism and resurgent nationalism clash with the patrician concept of big government. It’s a familiar picture to anyone living in the 21st-century, but never before has this picture been painted so vividly.

Curtis’ familiar aesthetic has now been carefully refined to its basic elements: his steady, stern, and vaguely patrician voiceover, the captions in Helvetica font that Vice and countless Youtubers have since copied, and extended musical interludes. His music choices seem to have changed over time. The distinctive, irresistible Floyd Cramer hit “On the Rebound”, which seemed to be a Curtis signature for a while, is nowhere to be heard. Instead, the music is frequently more ambient, more melancholic. Curtis could have an alternative career as a freeform radio DJ. Who else would program “Song for Zula” by Phosphorescent and “Who Killed Bambi” by the Sex Pistols together?

The extended iPlayer format has also given Curtis the space to do what he has presumably always wanted: allow some of the unusual fragments he unearths from the archives to play out in full, slow cinema style.  In Part One, we follow a camera crew, clutching boom mics and other equipment, through a featureless corridor, past security guards, down a flight of stairs, and out into the street. Part Three begins with more than a minute of cell phone footage of 2018’s Woolsey wildfire in California. The camera operator whimpers to herself as she drives, surrounded by the raging fire. Such moments linger until they become almost abstract. They aren’t there to advance Curtis’s argument logically but to make us feel it.

And what of the argument? The focus is so broad, at times one wishes for the more tightly-focused episodes of the earlier Curtis series. “We are living in strange days,” Curtis begins with one of the many clichéd phrases that litter Curtis’ voiceover. What era hasn’t seemed to be unusual? He characterizes these strange days as polarized and paralyzed, at an impasse. It’s hard to argue with this characterization, but it’s simply asserted.

The subsequent episodes don’t argue this; they aim to show how we reached this impasse, all while asking the viewers to see the connections and divine significance from the various stories. (If your reviewer sounds critical, I’ve been a Curtis obsessive since 2004’s The Power of Nightmares). You may not be convinced by Curtis’ thesis or see how biographical sketches of the revolutionary Michael de Freitas or pioneering transgender activist Julia Grant feed into his thesis. Still, the vaunting ambition and stylistic flair showed throughout Can’t Get You Out of My Head can’t be denied.

The ending of the final part strikes a hopeful note, suggesting that all the chaos that has piled up over the six episodes impulse to “imagine other kinds of future” regain confidence, develop new paradigms, and shun our neuroses; fixations that form the raw material for data-hungry tech companies. This is a curious, touching moment, as Curtis invokes the recently deceased anthropologist David Graeber and tugs at the heartstrings with a particularly bittersweet This Mortal Coil track.

However, this is a brief sketch of hope compared to the six episodes he spends diagnosing the problem. Throughout Can’t Get You Out of My Head Curtis wants to dazzle, to overwhelm, but ultimately to get viewers thinking. We might feel compelled to research some obscure historical figure he’s informed us about and begin to link and reassemble the fragments for ourselves.