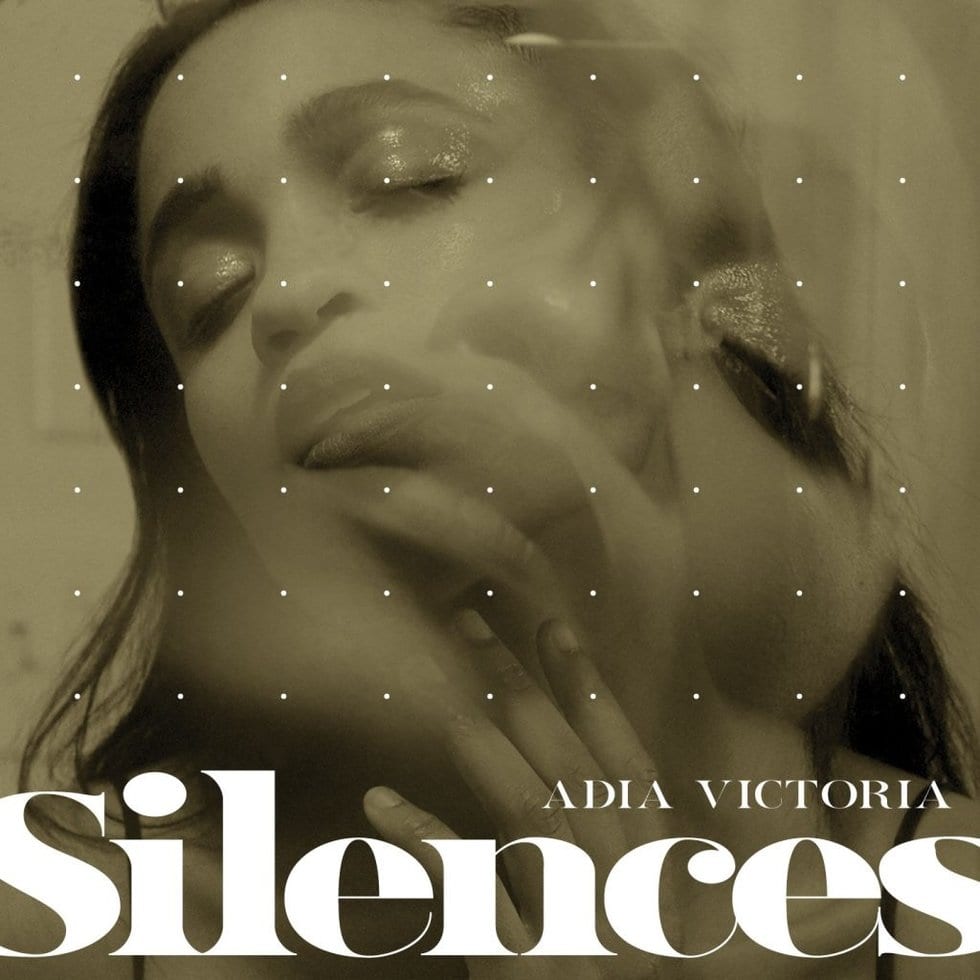 When a voice as fresh and distinct as Adia Victoria’s comes along, it is a rare occasion. Rarer still is the advent of an original signature style that is both iconic and versatile. With 2016 full-length debut Beyond the Bloodhounds, Victoria established a strong artistic aesthetic, blending rock and roll grit, old-school blues, and gothic atmosphere, singing in a voice with the lyrical grace of a whisper and the raw power of a howl.

On her sophomore release Silences, Adia Victoria raises the stakes. As before, she draws from a sonic palette evocative of the American South, albeit a broader one; cosmopolitan notes of swing and jazz crooning add a measured quantity of polish and pop sensibilities to her rural folk sounds. It makes for a nice array of textures, and even the slickest moments have sharp edges, a complex profile from start to finish.

The said palette is as dark as ever; eerie strings and haunting background sounds open the album on track “Clean”, where a breathy Victoria pronounces her killing and burial of God – a painlessly executed act of self-defense, she says. It’s a bold metaphor for an artist raised as a Seventh-Day Adventist in small-town South Carolina, and as limber as Victoria’s poetry is, she often reserves subtlety for the music itself. Her words, on the other hand, make waves.

“Bring Her Back” comes next, a gale-force dirge that decries the trappings of religious dogma and strikes back against the thought of blind submission to the power structures that take advantage of those who follow and promote systemic inequality. Throughout the song, Victoria’s power seems to grow, a sea of reverb and percussion following the eerie serenity of her voice.

The tempo picks up on tracks like catchy “Pacolet Road”, a rock and roll ode to unbridled freedom (“I always knew I’d be the first one to run ’round the world and back / And you can call me crazy, maybe, but hey, I’m proud of that”) that invokes the devil as a metaphor for striking back against the intolerant status quos. Victoria soon finds herself in “The City”, a mellow ode to the bittersweet relief of being able to get lost in an impersonal crowd. A brassy breeze blows through, and the track makes for a welcome break between frenzies.

More obvious highlights are the album’s first two singles, “Different Kind of Love” and “Dope Queen Blues”. On the former, Victoria delivers sensual sweetness, a shadowy chanteuse longing for intangible satisfaction. The latter, the album’s penultimate cut, is Victoria as a character at her most desperate (“I keep a pistol in my pocket / Got a dagger hidden in my vest, yes / I’ve been dancing with the devil only trying to do my best, yet”), but also dangerously certain of her indestructibility (“I wanna break free from my body / Shaken loose my skin / ‘Cause I had a thought: I am a god / Of this I am convinced”) in a way that brings the album full circle. Musically, “Dope Queen Blues” is utterly memorable, a bluesy earworm of the highest order.

In between those landmarks, Victoria plays every card in her hand. “Devil’s a Lie” has a slowed-down New Orleans jazz march vibe with an orchestral twist, while “The Needle’s Eye” is largely bass and percussion ostinati behind legato note after legato note from Victoria. A swift, melancholy waltz, “Cry Wolf” lets the electric strings fade back as they break into rippling distortion; in the foreground, violins spin behind Victoria’s laments. “Heathen” is a quiet, jazzy storm, while “Nice Folks” builds to a cyclone; both tear into the hypocrisy of polite society.

Broadly, the album to this point makes for a thematic chiasmus. Victoria sheds a stifling faith and the brutal oppression of a stagnant community, hastening to the opportunities of urban life. Over time, she grows disillusioned, choked by unwritten rules, and feels the brutal oppression of a stagnant community. No matter where she goes, the narrator feels like an outcast – and this leads us to the album’s final moments. “Get Lonely” is a wistful look ahead to the open range, a synth-laced wish for open space once more. It’s blissful, poignant, transcendent, and the perfect coda to Victoria’s epic.

Beyond the Bloodhounds had to make a quick statement, to establish Victoria in a hurry. With Silences, she can finally take her time and show not only what she’s made of, but what she is capable of making herself into. This is an album greater than the sum of its genre-related parts, a masterpiece of musical control and an outstanding next step for Adia Victoria as storyteller and singer alike.