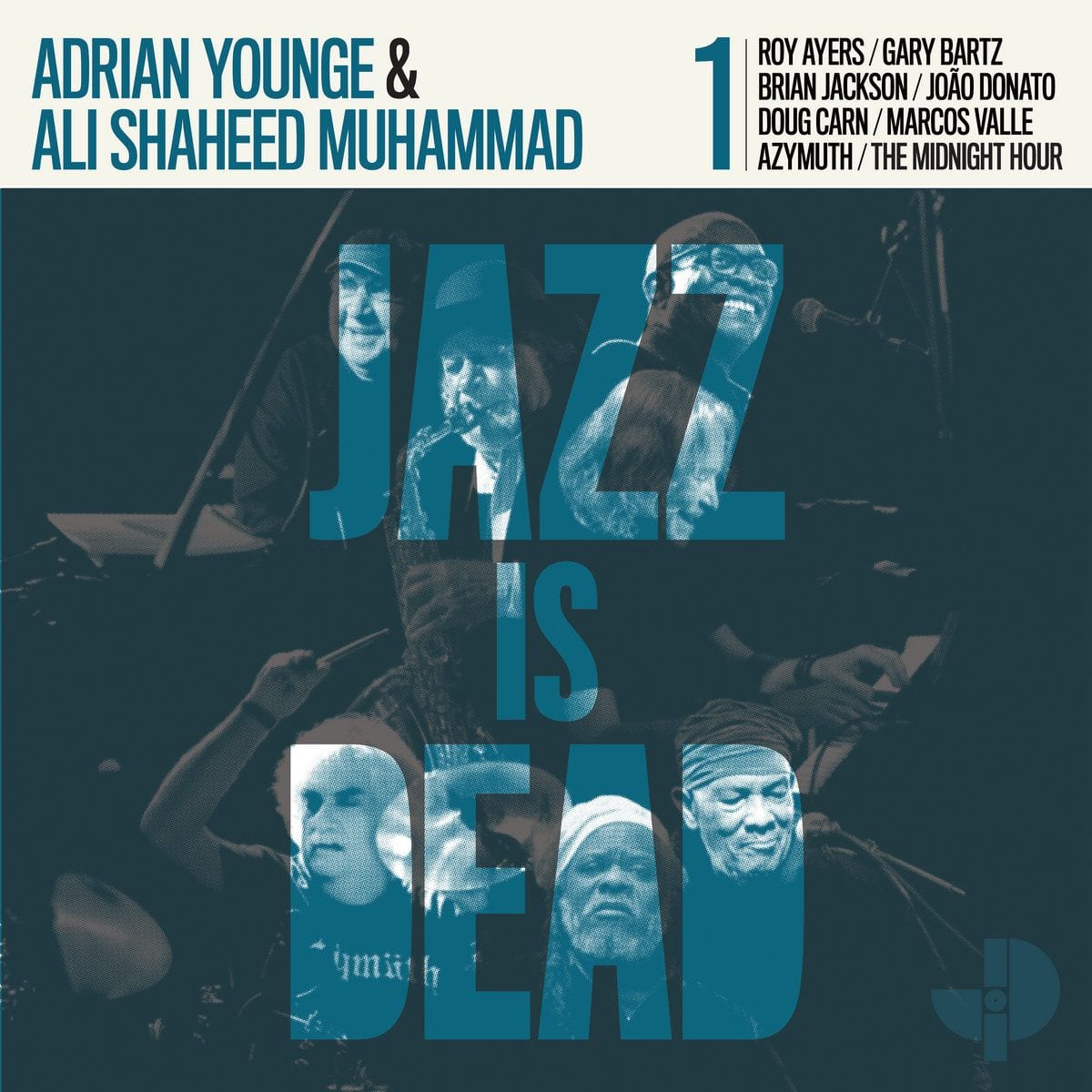 Adrian Younge and Ali Shaheed Muhammad both have impressive resumes as purveyors of modern soul, jazz, and hip-hop. Younge, a bassist, keyboardist, composer, and producer, has scored films such Black Dynamite and collaborated with artists ranging from Philly soul legends the Delfonics to Wu-Tang Clan’s Ghostface Killah. Meanwhile, Muhammad was a member of A Tribe Called Quest and has worked on various projects outside that group. Together, Younge and Muhammad formed the Midnight Hour, a versatile band that brought a modern edge to retro soul and jazz sounds.

001 opens with “Hey Lover”, on which the Jazz Is Dead collective is joined by legendary vibraphone player and music producer Roy Ayers. With its smooth sound and soulful vocals, “Hey Lover” invokes the spirit of RAMP, a visionary soul band whose 1977 album, Come Into Knowledge, is a cult classic that has been sampled by Erykah Badu, PM Dawn, and A Tribe Called Quest, among others.

Only one of the eight pieces on 001 is more than four minutes long. That’s unusual for a jazz album, in which musicians are often allowed to stretch out for minutes on end. But the shorter lengths of these pieces work well, given that 001 is intended to be a taste of things to come.

The lone long track on 001, “Apocalíptico”, is a nine-minute long jam featuring the current incarnation of Azymuth, a Brazilian jazz-funk trio originally formed in 1971. The fruitful fusion of jazz and Brazilian music is also represented on 001 by a seductive vocal number, “Não Saia Da Praça”, which features singer-songwriter and producer Marcos Valle; and “Conexão”, a mildly psychedelic collaboration with bossa nova pianist João Donato.

Other jazz veterans who appear on the album include saxophonist Gary Bartz, keyboardist/flutist/vocalist Brian Jackson, and keyboard player Doug Carn. Each track showcases highlighted artists, but a feeling of real collaboration prevails so that that album does not feel like a collection of tracks in which the star power of the guests overwhelms the overall feel.

The album ends with “Jazz is Dead”, featuring the Midnight Hour, including vocalists who sing what could be the statement of purpose for the entire Jazz Is Dead project. “Music is playing for all of us / Music is saying we’ve got to love.” Jazz is Dead is clearly a labor of love for all parties involved. While the purpose of 001 might be to pave the way for upcoming Jazz is Dead releases, the album exists nicely as a standalone example of where modern jazz has been, and where it could be going.