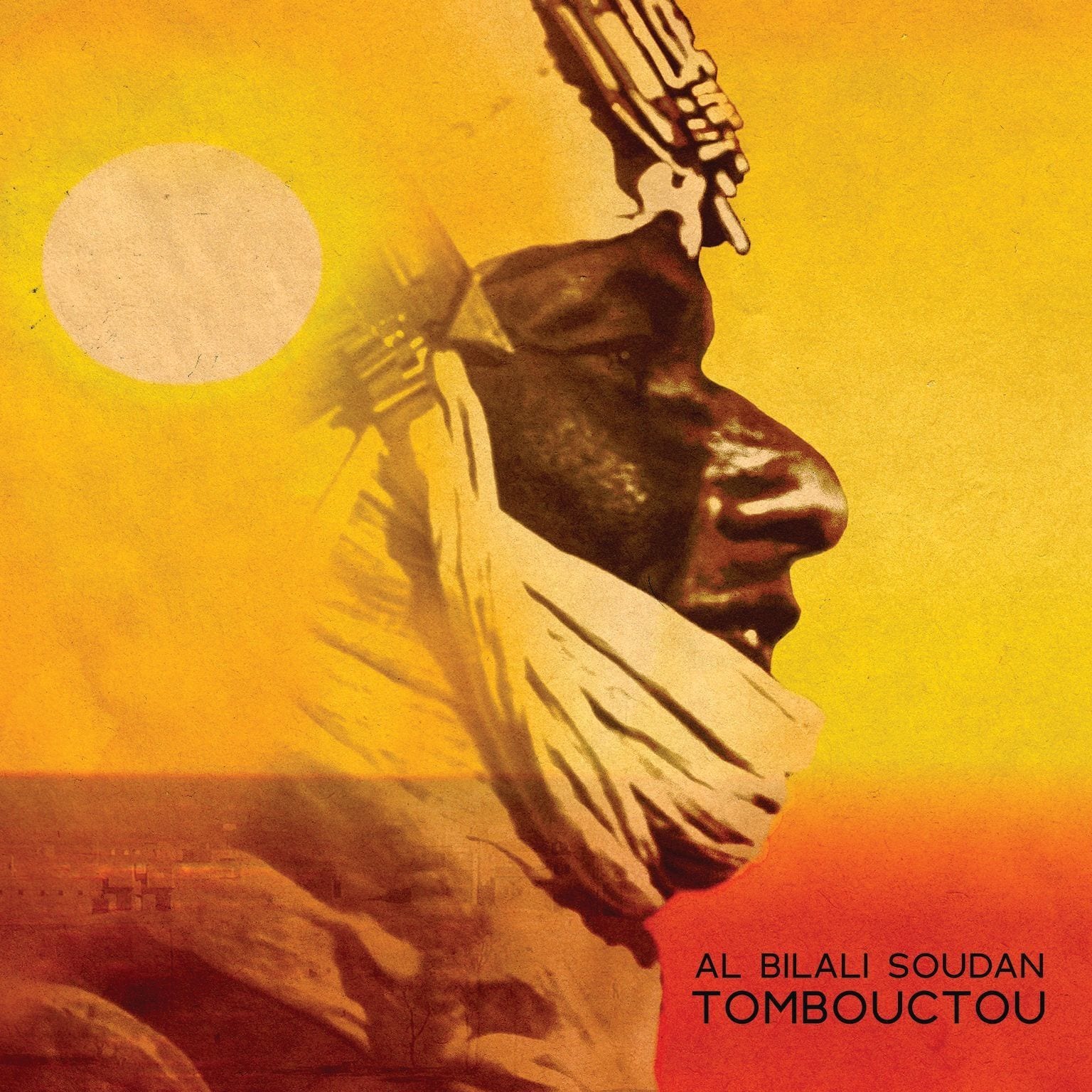 In sharp contrast to contemporaries like Tinariwen and Bombino, quintet Al Bilali Soudan are known for taking a stripped-down approach to the arrangement Kel Tamasheq folk music traditions. Their self-titled 2012 debut album was all-acoustic, a mesmerizing introduction to their improvisational style of tehardent music, named after the Tamasheq term for the stringed ngoni often identified as the national instrument of Mali. With long, entrancing tracks and a rawness to the recording, it offered many around the world their first look at unadorned Kel Tamasheq roots music, older styles in contemporary settings.

On new album Tombouctou, Al Bilali Soudan are amplified. The electronic buzz of plugged-in tehardent no longer sounds like the repetition of background music. Now, it starts a fire, fully energized, and with every member at full volume. No longer simply atmospheric, Al Bilali Soudan is standing strong and moving forward, both tradition-bearers and modern performers. Metaphorically and literally, they resonate in new ways while paying tribute to a long lineage of musicians.

Largely, the songs on Tombouctou are ones of commemoration. They praise kind-hearted and beautiful individuals, revel at weddings and memorials, and recall traditional dances from the past before offering final hopes for local and global peace. Whole-hearted and full-throated, the band celebrates, every piece an ecstatic moment of musical collaboration between artists who share heritage and skill.

Like the lyrics, the music itself shows continuity and adaptation. Passionate vocals call out with a familiar underlayer of grit, making their way in and out of patterns woven by tehardent and calabash. Cutting through the electric droning tied to the tehardent, lead player Abellow Yattara’s nimble fingers pluck intricate flourishes over solid percussion lines on tracks like opener “Khadeïdja”, reminding his audience that the essentials are still there beneath the effects, the details still crucial in making outstanding music.

Later, this is even more apparent. Wedding song “Djaba” opens with a blistering tehardent solo, razor-sharp and impossibly quick. Commemorative “Hoummaïssa” is full of ornate sonic loops and whorls. “Tabaïtara” starts with a brief, sedate string introduction that repeats throughout the song, grounding it behind the electric sheen of the lead instrument. As the album finally closes with finale “La Paix”, Aboubacrine Yattara’s unplugged bass tehardent alternates between playing in unison with the electrified lead and anchoring his improvised riffs. The result is a satisfying midtempo finish to the album marked by the album’s only English lyrics: “We need peace / We need peace in Mali / We need peace in Africa / We need peace in the world.”

Gentle messages of unity aside, Tombouctou is one of the most aurally intense albums I’ve heard so far this year, even without the addition of styles like the blues-rock or reggae that blend so well with folk in so much Kel Tamasheq pop. It has spikes, it has teeth, it shines almost too brightly, eschewing warm and earthy in favor of metallic blaze. To listen to it straight through takes a similar kind of stamina as seeing a live show would. These lovingly perpetuated Malian folk traditions are decidedly not for the faint of heart or ear. They are for moving forward at a breakneck pace, all while holding on to what matters, and for Al Bilali Soudan, such an approach points to an exciting, completely unpredictable future.