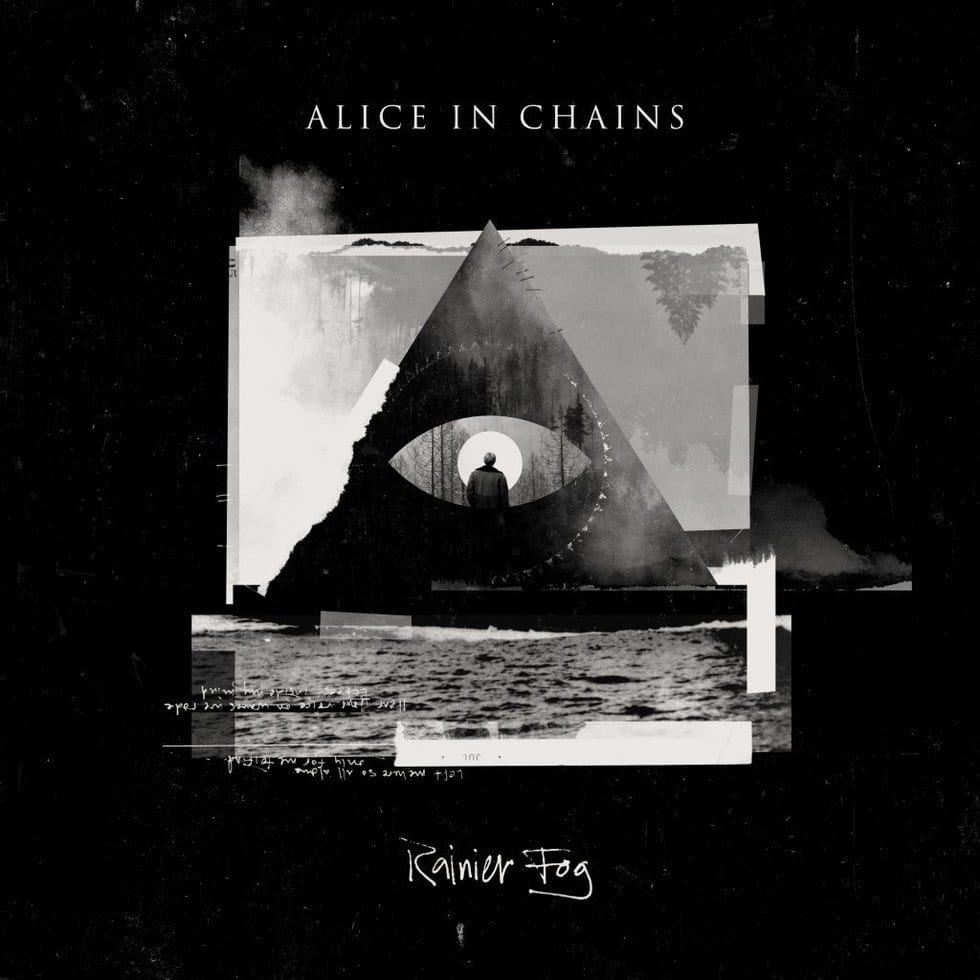 “Honesty itself is its own heaviness,” says Alice in Chains vocalist/guitarist William DuVall, discussing his band’s first LP in five years, Rainer Fog. There’s an undeniable heft to the material, which was tracked throughout 2017 in Washington, Tennessee, and California. It was not a time without its share of emotional upheaval, from a return to the group’s Ground Zero to the death of friend Chris Cornell and beyond. Those events found their way not only into the music but the lyrics as well as DuVall details in a phone conversation just a few weeks before the album was fully unveiled to the public.

“The key word with us is always ‘honest’. That’s been a through line for this band all along. The decision to go to Seattle to confront all of that history, all of those ghosts, if you will, was a powerful thing,” he offers.

The initial sessions for the set, the group’s first for BMG, commenced in Seattle during summer 2017 at Studio X, formerly known as Bad Animals, where the outfit tracked its 1995 self-titled disc. To return to those rooms meant working in the same environment where guitarist/vocalist Jerry Cantrell, bassist Mike Inez, and drummer Sean Kinney had last completed sessions with original vocalist Layne Staley.

DuVall admits that there was some initial trepidation ahead of the mission. Whatever anxieties were in the air before the band plugged in at Studio X for the first time began to dissipate once sessions got underway. “In doing that you are, in a respect, confronting history,” he says. “You’re always aware of that. You’re carrying that around with you in the back of your mind. Sometimes it comes to the forefront. For the other guys, it was literally confronting their past. For me, it was confronting my own place within this band, going back to square one in Seattle.”

Though he’d visited the city for gigs or an occasional round of business he’d never spent more than a week there. “It was really a chance to immerse myself in all of it,” the singer recalls. The immersion led DuVall to an emotionally charged moment one night in the studio. The others had retired after a long day while he stayed on, suddenly inspired. Over the course of several hours, he worked up lyrics for the song that would become “Never Fade”.

As lines began coming to him that night, he was determined to let them spill forth without apology. “I just made a conscious decision that I was going to let go of all those emotions and all that stuff that had been circulating in the background,” he says. “I let it all come to the foreground and wash over me.”

Aside from the Alice in Chains legacy, there were numerous emotionally charged factors swirling around the band and DuVall himself. The group had landed in Seattle not long after Soundgarden frontman Chris Cornell’s passing. DuVall’s grandmother had also died earlier in the year. “She was a huge figure in our family, a real matriarch. She lived to be 105 years old. It was the end of an era. For me, for our entire family.”

The names and memories of others he’d known, not all of them famous, swirled around him as well. “It all hit me in the same way,” he recalls. “You never get used to it. I was just thinking about that and how the one monofilament through all of that is the love and regard you feel for these people allows them never truly to leave you. In that way, they become permanent or as close to immortal as one can get.”

Determined to stay until he’d conveyed all he’d hoped to convey, the singer left the studio in the early dawn, feeling, in his words, that he’d “had a spiritual experience.”

Asked whether he felt like he got at some of the larger questions surrounding the sessions, DuVall says, “Inasmuch as we can find answers to these really profound and largely unanswerable questions about the nature of existence and the nature of love. I guess you get as close to finding some resolution as you can through letting that stuff go in your expression. It makes doing this all worthwhile.”

Cornell remained very much on the group’s mind and not just via the specter of grief. During tracking the late vocalist’s sister brought one of her brother’s acoustic guitars to Studio X and presented it to DuVall and Cantrell. “It was a guitar he used to write songs on in the studio,” notes DuVall. “Cantrell and I both played it. That was another religious moment. It’s there in the mix, every time we listen to this record, we know where it is.”

Sessions continued into the autumn with DuVall and Cantrell working closely at producer Nick Raskulinecz’s studio in Franklin, Tennessee. With each man a formidable talent in both the guitar and vocal department, some might predict that tensions would arise. But DuVall says that their shared respect becomes paramount to the success of the material. “It’s really a process of leaving room for one another,” he offers. “In doing that we’re allowing that generosity to elevate the material. It does become something that it would not have become otherwise.”

Though there are moments when the men give each other literal and psychic space to complete their parts, other moments call for close contact. DuVall points to “So Far Under”, which he received a solo writing credit for. “We sat in the kitchen of Nick’s studio, and I taught Jerry the riff,” he recalls. “We sat there, nose-to-nose until we had it. He added overdubs to what I’d done already, and they were really great.”

He adds, “This band, which has such a rich history as mostly a one-guitar band, is now something different. It’s something that it had never been before, and we try to make the most of that. Both Cantrell and I consider ourselves writers first and guitar players after. It’s a cool thing that we get to work together as guitar players and as writers and singers. The whole thing comes together to form what the band is now.”

DuVall admits that his evolution into frontman was at first reluctant as he’d spent much of his early career working primarily as a guitarist. Transitioning to a front man, a performer who could be as entertaining as he was musically exacting really became a focus once he entered the Alice in Chains camp.

“That came as a function of joining this band,” he recalls. “I didn’t see a way forward without it. That was really a case of me being on Decades Rock Live! (2006) on VH1. “We were in an arena in New Jersey; then it was the Moore Theatre in Seattle, all this really high-pressure stuff. A few weeks after that we were on stage in front 30,000 people in Portugal. ‘What do I do now?’ It was kind of a sink-or-swim thing. I just had to do it. I told myself, ‘You’re going to do it, and everybody’s going to say what they say, and the chips are going to fall where they may, and that’s it.’ It was never something when I was a little kid where I said, ‘Oh, yeah. I want that job!'”

With three studio albums now behind the DuVall era of the band, the group remains a powerful draw in the live domain. The group’s headlining dates for the remainder of 2018 will see material from Rainier Fog integrated into the sets. Moreover, the quartet’s scorched earth approach to the stage will remain intact. The live arena, the singer says, remains a powerful reminder that nothing beyond this moment is promised.

“What else do you have?” DuVall says. “This night, this stage, this audience. Destroy or be destroyed, that’s how I look at it.”