Reading someone else’s diary has embarrassing moments for both reader and writer, even when the diarist is someone of the stature of Allen Ginsberg. The journals are a collection of Ginsberg recording his activities, conversations, dreams, and reflections, with occasional drafts of poems in their earliest forms. Because what the writer records in his private journals is, fundamentally, private and unedited, the content may be emotionally charged or sexually explicit. For Ginsberg, both are true.

Despite the awkwardness, Ginsberg’s diaries from the first half of 1965 offer an unprecedented insight into the poet and his travels. Iron Curtain Journals: January-May 1965 recounts Ginsberg’s experiences in Cuba, Czechoslovakia, the Soviet Union, and Poland at the height of the Cold War.

Editor Michael Schumacher‘s introduction creates a context for Ginsberg’s journals. This edition is the first of three Schumacher is scheduled to publish with University of Minnesota Press, yet he’s not a newcomer to Ginsberg’s work. Schumacher worked with the poet’s journals and interviewed more than 100 of Ginsberg’s contemporaries for his biography, Dharma Lion (St. Martin’s Press) which was published in 1992. In a preface to Iron Curtain Journals, Schumacher explains that he had the opportunity to observe Ginsberg working with editor Gordon Ball on another set of his journals and saw the exacting expectations that the poet brought to the process. When Schumacher set out to begin editing these journals for publication, Ball generously offered his advice.

Ginsberg’s rise to artistic prominence focuses on the book-length poem Howl, which was published by City Lights Books in 1957. Upon its publication, Lawrence Ferlinghetti, the poet and owner of City Lights, was arrested for distributing obscene literature. Ferlinghetti’s case — and Howl –went to trial, where the judge determined the poem is not obscene and has redeeming social importance.

The reader who is familiar with Howl will find a similar experience in reading Ginsberg’s journals: words and scenes rush at you like a tidal wave, leaving you immersed and breathless, then, with surprising immediacy, lift you to another scene, sometimes frantic, sometimes serene. Yet there’s a core of Ginsberg’s essential being that’s always present, threading together these disparate scenarios. Recounting his daily activities has a similar rhythm to describing his dreams. Since these are Ginsberg’s journals, no editing has parsed out one aspect of his life from another. The scenes move quickly between dinner parties, walks on the beach, poetry readings, personal worries, and sex. The sexually explicit content is not surprising because it is a celebration of life, breath, ecstasy, and the simply being that was embraced by the Jewish-Buddhist poet.

Iron Curtain Journals begins in early 1965, when Ginsberg traveled to Havana to participate in a writers’ conference at the invitation of Cuba’s minister of culture. The poet had no concern for constraint: he sought the companionship of young men, encouraged freedom of expression, and enthusiastically smoked marijuana when he could get it. Ginsberg was considered a provocateur for the Cuban youth, especially among those who were familiar with his poetry and his reputation, and he was watched closely by Cuban authorities. 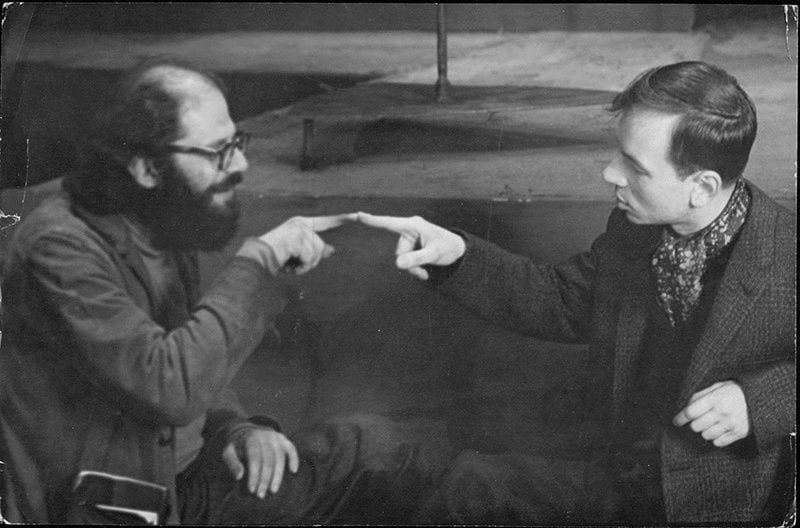 Well into his time in Cuba, Ginsberg writes that during conversation over lunch, the Chilean poet Nicanor Parra admitted that he was tired of Cuba and wanted to return home. Parra says that he chooses to censor himself, and Ginsberg responds by saying it’s impossible for him to remain silent. Indeed, his inability to “be quiet” became Ginsberg’s largest burden to bear. One morning in February, Immigration officers knocked on Ginsberg’s door and told him to pack his belongings. With no explanation for his expulsion from Cuba, Ginsberg was placed on a flight to Prague within a few hours of his sleep being rudely interrupted.

Introducing the Czechoslovakia section of the journals, Schumacher notes that in letters home to the US, Ginsberg admits he was too outspoken for the restrictive culture of Cuba. He also notes that, sadly, the majority of the journals from Czechoslovakia were lost or stolen and ended up in police custody. Ginsberg made several attempts to retrieve his journals from the Czech authorities, but to no avail. This is a particularly poignant loss since it appears that Ginsberg’s insights into Czech youth culture in 1965, with enthusiasm for jazz, the Beatles, and the Beat Generation, would offer an important historical record for those years leading up to Prague Spring in 1968.

Ginsberg’s experience of the Soviet Union is colored by his heritage — both his parents emigrated from Russia, and he’s moved by aspects of everyday life that resonate through their familiarity. His journals from the Soviet Union are richly descriptive, celebrating architecture, history, and everyday life without a negative Cold War bias. Ginsberg understands the social and political systems in place in the Soviet Union, and following his experiences in repressive societies in Cuba and Czechoslovakia, he takes more care in advocating for the free speech and open sexuality that were part of his core values. 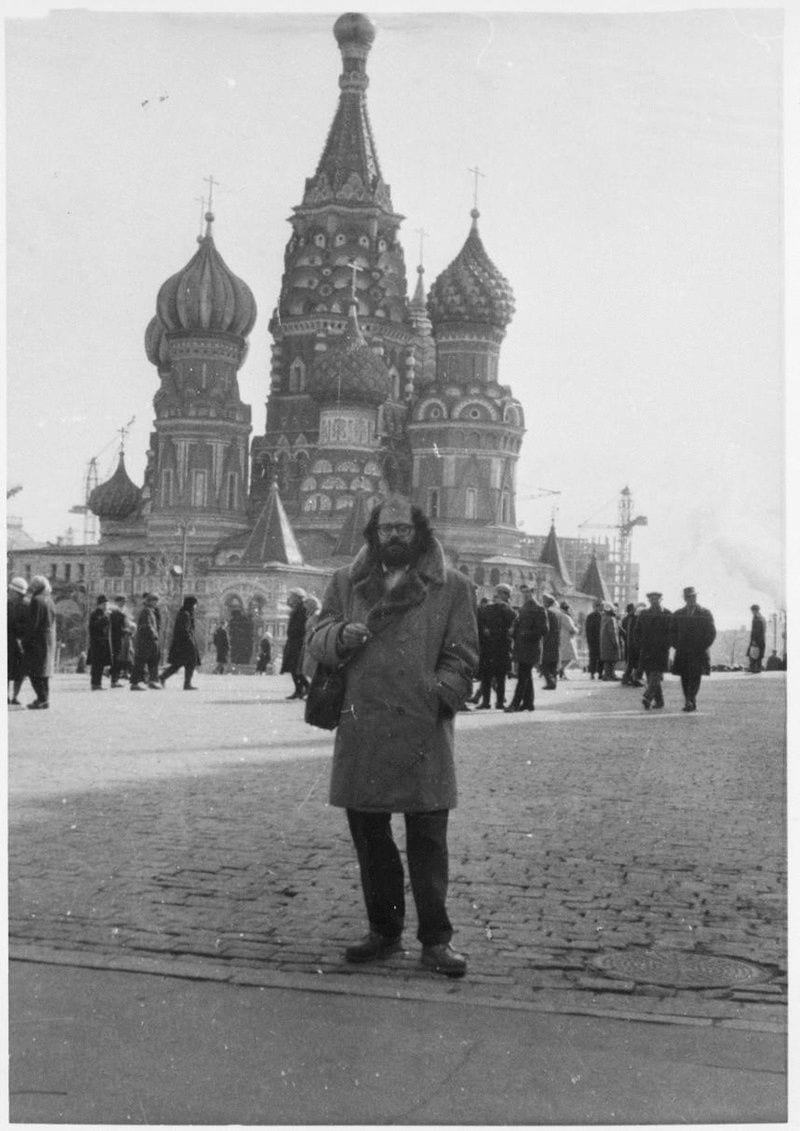 The journals recount his conversations with Yevgeny Yevtushenko, who was among the premier poets of his generation. The discussions with Yevtushenko and other members of the Writers’ Union were significant to Ginsberg, who not only appreciated the arts in a lyrical and embodied manner but also wanted to connect deeply with like-minded others. Throughout the journals, it’s clear that Ginsberg is not constrained by cultural differences, as he sees kindred humanity everywhere he travels.

The journals in this collection end with Ginsberg’s time in Poland and England. Both locations afforded him time for reflection and the opportunity to write. First drafts of poems including “The Moments Return” and “Who Be Kind To” are part of the journals, offering a rare glimpse into the poet’s craft. Ginsberg’s readings in London evolved into the International Poetry Incarnation, a reading with international poets before an audience of 7,000 at the Royal Albert Hall. Since this unprecedented gathering took place in June of 1965, curious readers will need to wait for Schumacher’s next volume of Ginsberg’s journals to learn more. 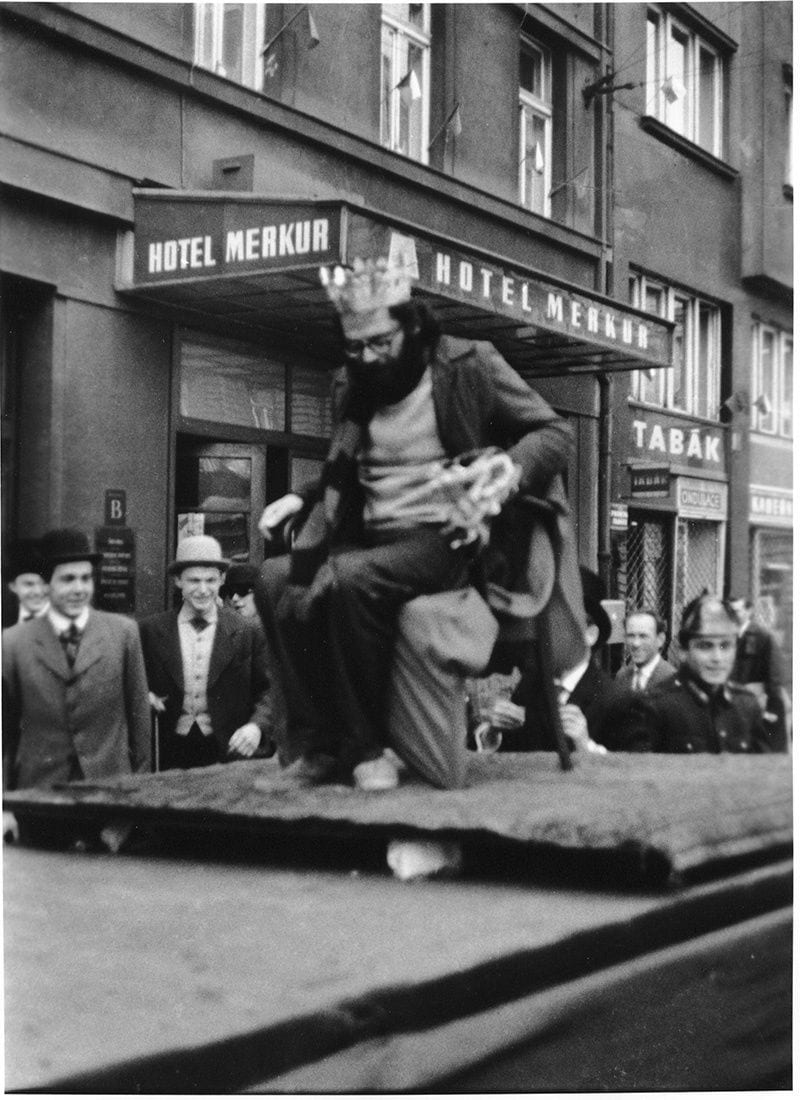