A beautiful desert drama of gentle persuasion, Gas Food Lodging premiered in 1992 to mostly positive reviews, earning plaudits for its solid performances and evocative use of the New Mexico landscapes. Based on the young adult novel, Don’t Look and it Won’t Hurt by Richard Peck (1972), writer and director Allison Anders parlays a confluence of emotional colour beneath this quiet narrative; every now and then, by pitch and nuance, those colours drift to the surface and reveal shadings and texture to the simple dynamic of this chamber drama.

Released during a time of many passing trends in film (home-invasion thrillers, courtroom dramas and adrenaline-pumped action films), Gas Food Lodging sits at a rather lonely impasse. It makes no grand statements, nor does it raise any controversy unworthy of its story. Like the stranded and helpless characters of its narrative, the film is contained in its own contemplative world, cordoned off from the busy chatter and fuss of everything else outside of it. Anders’ film is small and precise, a snowglobe full of fervor and heat that forever maintains its temperature, even when the characters are submitted to life-altering changes.

Shade (Fairuza Balk) has moved to New Mexico with her single mother Nora (Brooke Adams) and her older sister Trudi (Ione Skye). Lonely and bored, she spends her time during the afternoons at the movies while her mother works a waitressing job and her sister trawls the bars in search of a lover. Behind her mother’s back, Shade exhausts all efforts to find her absentee father (James Brolin), whom she’s never seen, save for the role of film negatives that were taken of him in her infancy. 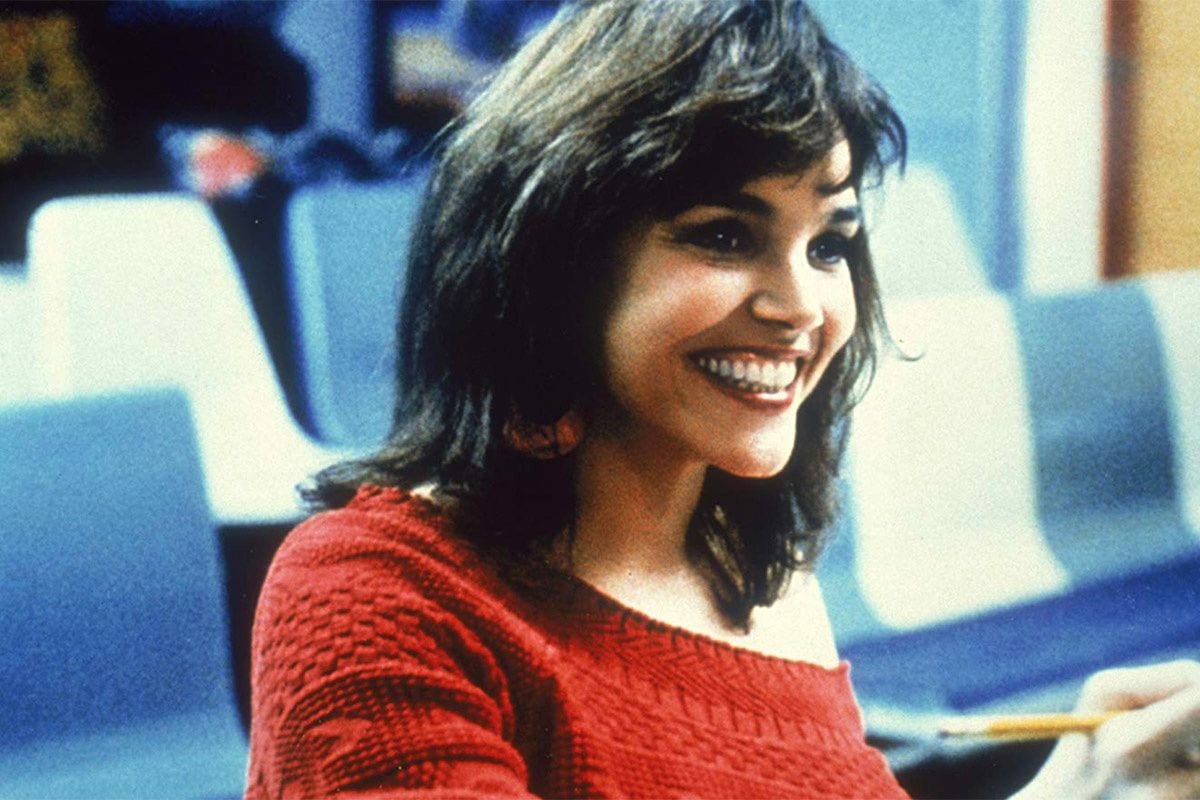 In her daily meanderings she meets Javier, a young teen who works at the movie house she frequents. Shade takes a liking to Javier and, as her search for her father begins to bear fruit, her relationship with the boy intensifies.

Gas Food Lodging is the quintessential slice-of-life film; the action slight and the drama low-key, our interest is hinged upon what someone will say rather than what they will do. Such narrative designs may frustrate the average viewer, but Anders gives us such compelling characters in these three women that we cannot help but sit and observe. Gas Food Lodging offers three-dimensional landscapes, peopled with characters that live, breathe and suffer sensations defined with steel-tipped exactitude.

Nobody yells or screams above the acceptable threshold of real world drama, and the susurrations of confessional discourse are brought to an intimate and personal extreme. We see these lives in the approximations of our living rooms, as though we are watching all the social engagements happening right before us. The story twists and turns pensively and gently, drawing circles around the dusty, lazy afternoons of the New Mexican scenery.

Minor narrative shifts in the story force a surge of emotional traffic within these women. Shade’s discovery of her father doesn’t lead to the declamatory results she had hoped for, but they awaken in her the first signs of adulthood that are nuanced and textured, bridging the gap in her respective traumas and joys; she finally settles peacefully into her fortuitous relationship with Javier. 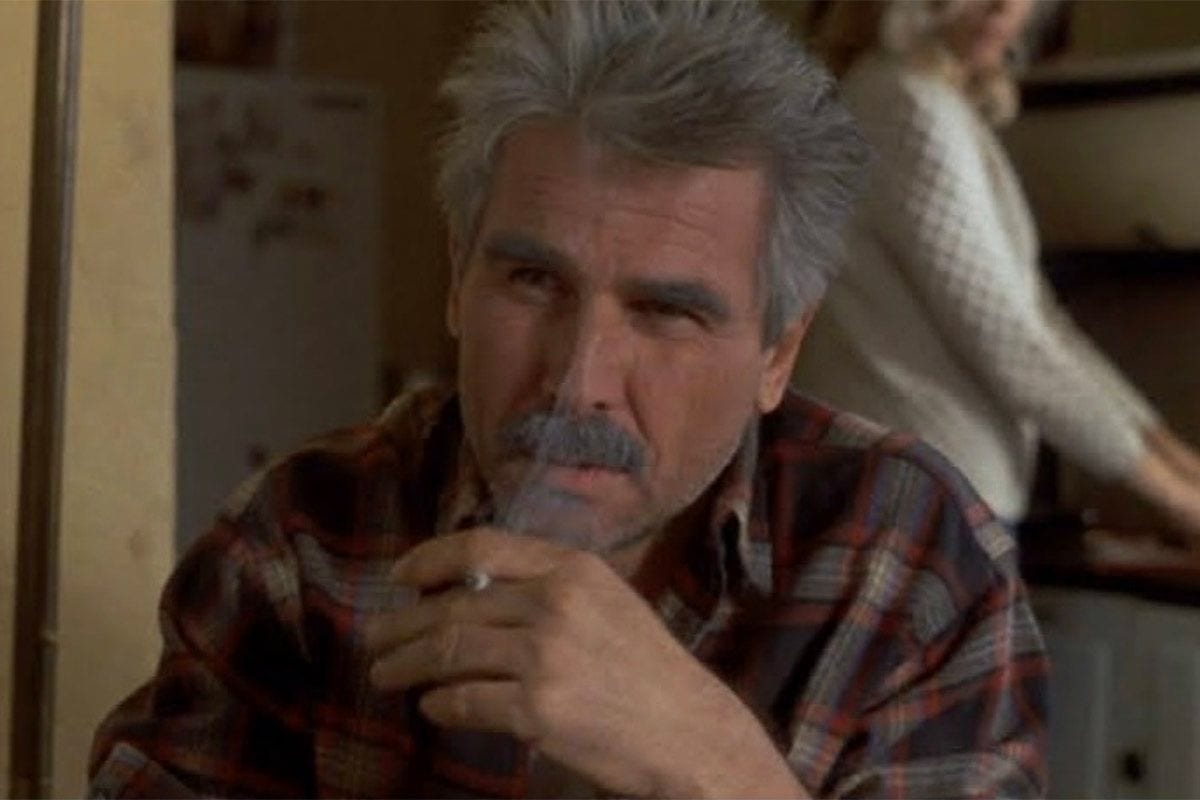 Trudi leaves New Mexico when she discovers she is pregnant; she delivers her baby and comes to the innate understanding that her home will never be amongst her blood-kin again. It quietly devastates Shade, who will later learn a valuable truth buried deep in the desert of New Mexico – one which may have altered the course of Trudi’s life. Their mother Nora, despite her various liaisons with men, continues to sit on the peripheries of life, watching the human drama unfurl and drift by like the rolls of tumbleweed.

Arrow Academy’s new transfer of Gas Food Lodging lovingly restores the print to its sandy and muted glamour. Brimful of warm, earthy colour that saturates desert towns, the film’s heated glow of sun-baked roads and stuffy cafés offers a sleepy world in which the viewer can be fully immersed. Audio comes through clearly and we are encompassed by the minimal but always sensual sounds of the natural world: the eerie and lonely desert at night with its calls of wind, the hollow resonance of the caves, and the slow, long walks around the gorges and canyons under the blistering sun.

Arrow Academy offers two interesting extras on this blu-ray release. One is an informative interview with Anders, who reveals how she came to direct this film, as well as how she altered much of the source material from the novel it is based on. The other extra is a documentary on women filmmakers (which also includes Anders) and gives the viewer insight into the ways in which women approach their work in a male-dominated industry. First pressings (if still available) include a booklet that features writings on the film.

Gas Food Lodging stands precariously amongst the heavy-breathers of this new flashy era of film; it is talky, meditative, and too quiet to arrest the attention of those looking for adrenaline kicks. But its magic remains in full-effect for anyone looking to do more than just peer into this closed-off and insular world. It is a film where true drama lives, sorting out carefully and earnestly its needs and desires. Whether you are willing to take a chance on it will depend on how close you will allow a bruised but candid realism to hit home.