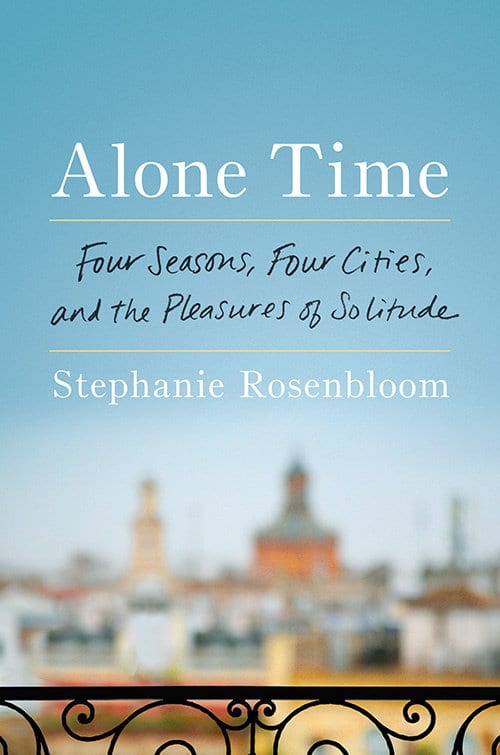 The best kind of travel writing is such that, in addition to documenting some of the history, culture, people, mood, sounds, and feel of a place, it helps us approach our journeys as the life-changing experiences they should be. It guides us to embody the truism that our travel destination is never a particular place but a new way of seeing the world.

The most engaging travel writing style is when a writer evokes a place so singularly that he/she creates a particular claim on it; shapes our perceptions of it in such a way that both place and writer fuse into a unique and enduring identity. This might sound like a tall order. However, in a world where travel is more affordable and remote places are more accessible, a travel writer is not only competing with other writers but also with a reader’s own travel experiences.

Despite that, there has never been a greater opportunity for travel writers to speak to the ever-evolving needs of travelers of all stripes. Stephanie Rosenbloom, staff columnist for the Travel section of The New York Times, has attempted just this with her book, Alone Time. Over the span of a year, she traveled to four cities — one for each season — and wrote about her experiences as a solo traveler. These are all well-known places: Paris; Istanbul; Florence; New York City. She chose them for the following reasons:

I chose to explore cities, not the countryside, because I live in one; because in cities we can enjoy both privacy and society; because as Baudelaire wrote, “for the perfect flâneur, for the passionate spectator, it is an immense joy to set up house in the heart of the multitude.” […] All have waterfronts, and none require a car. […] with only a week at most to spare in each place, I ruled out locations that required too much flight time.

With each city, Rosenbloom selects varying areas of focus like dining alone, or sightseeing alone, or walking a city by oneself. As she describes her personal activities, she reports on other known figures through history who also traveled those spaces — artists, musicians, writers, and more. From time to time, she riffs meditatively on related literary and philosophical ideas about solitude, pleasure, travel, happiness, creativity, etc. Frequently, she shares studies conducted by psychologists and sociologists on those latter ideas. Throughout, her goal is to show how, when done well, solo travel can provide enriching joys, sensual pleasures, and rewarding adventures like no other. She writes how the aim is not to master any particular place/city: “It was to master myself: to learn how a little alone time can change your life — in any city.”

Rosenbloom’s prose is mostly conversational though she does veer to the lyrical when trying to convey the sensory details of a place or object. She transitions fluidly between narrative modes — memoir to reportage to travelogue to philosophical musing — for example, when she describes going to a restaurant in Paris, continues on to describe the many perceptions and stigmas associated with it, then elaborates on the sensual and emotional pleasures of eating alone. Her cultural references range widely from the ancient Greeks to mainstream Hollywood. At times, when she’s trying to take the reader along step-by-step on a walk or a visit, she describes every single detail in an almost list-like fashion. This is done, probably, to slow down the narrative pace but also has an effect of losing reader interest. For the most part, though, her enthusiasm and eagerness are like that of a friend warmly reliving their favorite moments from a recent life-changing trip. And her happiness with her serendipitous discoveries along the way is infectious.

Of the four sections, the one that reads as most intimate is, of course, the one about her home: New York City. Here, Rosenbloom rediscovers her own backyard, as it were, by looking at it with the eyes of a traveler — eyes that have been refreshed due to her mindful travel through the other three cities. That sense of looking at the familiar with a conscious unfamiliarity can lead to, as she writes, “personal change, renewal, and discoveries.” She describes it further thus:

Research shows that not long after we get home from a vacation, we tend to return to our particular baseline level of happiness. To help prevent that from happening, I didn’t fully leave the cities I’d visited but instead made them filters through which I saw my own. I stopped into small bread and cheese shops, took my time with my coffee. Seemingly cheerless streets became opportunities for observing graffiti and strangers, for “coloring the external world with the warm hues of the imagination,” as Storr described creative living. Avenue by avenue, through old streets and fresh snow, churchyards, coffee shops, and independent bookshops, Manhattan came into view again.

One area the book could have explored more deeply is that of keeping people at a requisite distance during a solo trip. For travelers going it alone, meeting strangers and making new friends is always a tricky proposition. On the one hand, there’s a purposeful desire to experience things more fully and without distractions. On the other, what makes a place memorable is the people we get to know there. As Rosenbloom herself writes:

When preparing for a trip, we can read about architecture and restaurants. But what ultimately breathes life into the daydreams of anticipation are the people we encounter when we’re actually there, including those we merely pass on the street or, in this case, the stairwell.

Another topic that would have been good to address more explicitly: the real dangers a solo traveler might encounter in unknown places, especially politically-troubled zones. Rosenbloom makes passing references to these in the Istanbul section though her time there was before the troubles exacerbated. Perhaps this is why such dangers did not seem to warrant more discussion. But, certainly, it’s an important opportunity missed because fear of them is what makes many travelers, especially women, shy away from going solo.

Overall, this book is not for the seasoned solo traveler who prefers going off the beaten path and experiencing the non-touristy parts of a region. Although, there is some valuable advice even for such travelers — for example, how to use the pleasure of anticipation and specific “savoring strategies” to further enhance a travel experience.

Certainly, for those who would like to take up solo travel (note: truly alone and not as a part of those ever-growing “solo travel” groups), this is a helpful companion guide. Rosenbloom makes a compelling case for this subset of travelers, who might be on the fence about the benefits and safety of going it entirely alone. For example, when she writes about women dining alone with this:

And if you’re a woman dining alone, you also happen to be exercising a hard-won right, one that still doesn’t exist everywhere. “It was impossible for a woman to go about alone,” Virginia Woolf wrote of Jane Austen in A Room of One’s Own. “She never traveled; she never drove through London in an omnibus or had luncheon in a shop by herself.” Indeed, generations of women simply weren’t allowed to dine alone in restaurants and bars. As late as the beginning of the twentieth century, New Yorkers were debating legislative bills about whether women should be allowed to eat out without a male escort.

Indeed, even today, there are many parts of the world where a woman dining alone is viewed with great suspicion and/or consternation. “Dining alone” continues to be a very popular topic for books and articles due to its still-present stigmas for women.

Another similar example is when Rosenbloom makes the case for solo museum visits, starting with “when I go to a museum with friends, I remember the outing. When I go alone, I remember the art” and going on to say how a museum is not only about the artworks on display but also a self-restorative environment. She supports these arguments with both her own experiences and research done by scholars and academics. People who enjoy solo museum trips will immediately recognize the glowing sentiments here.

Particularly for novice solo travelers, the list of resources at the end — websites, apps, services, books, etc. — is worth saving for future reference.

What Rosenbloom ably demonstrates with this entire book is the old adage that a solitary person is not escaping the world but participating differently in it. These days, when all of us are inundated with so much information 24/7, one approach to much-needed self-care is to go away alone to an entirely new place and savor all that it offers in a slow, mindful manner. Not only will this help re-energize and heighten our senses and cognitive abilities but it will allow us to re-engage in a more alert manner with our lives on return.

For those who might not be able to invest the time and attention for such travel, Rosenbloom provides a thoughtful suggestion that we can all pay heed to:

Savoring the moment, examining things closely, reminiscing — these practices are not strictly for use on the road. They’re for everyday life, anywhere. In fact, you can begin right now if you like with a savoring practice that Bryant and Veroff created called the Daily Vacation. Here’s how it works: Each day for a week, plan and take a daily vacation by doing something that you enjoy for twenty minutes or more. The vacation can be something as simple as taking a walk around your neighborhood, or thumbing through a book on gardening. Aim “to see things as if for the first or last time, and to focus on what is happening and what you are feeling as it unfolds in the present.” The Daily Vacation can be taken on a shoestring budget, Bryant pointed out, and there are no security lines to contend with. For him, a Daily Vacation sometimes means making a journey to the past by reminiscing about a former trip.