Is alternative comedy the new punk rock? Portia Sabin, president of Kill Rock Stars, the record company that brought us Bikini Kill, Sleater-Kinney, and Huggy Bear, thinks so (“The Future Uf What“). Convinced that comedy in recent years is filling a void of rebellion long vacated by punk music, the marginal music mogul has expanded her radical label to include such contemporary upstart comedians as Hari Kondabolu, Kurt Braunohler, and Amy Miller on its roster. For Sabin, comedy is where the dissent is nowadays, but its similarity to punk does not end there. DIY practices, a willingness to broach taboo topics, and a vibrant scene all characterize what much underground comedy is today and punk rock used to be.

Amy Miller, proclaimed “Portland’s funniest person” in 2017, experiences this scene up close, and she, too, recognizes the punk in some new comedy when she speaks of the self-determination at its core. Small-time comedians, once upon a time, would have to beg and scrape to just get on the bottom of a bill (unpaid) at the only comedy club in the city, hoping that Johnny Carson might pop by during their performance to salvage them from obscurity. Nowadays, though, underground comedians need not automatically hang up their microphones should they fail to hit big in their early years. New spaces have opened up for amateur acts, whether in small comedy clubs or rock clubs, and the internet offers outlets that were unavailable to generations past. Some of the more business-minded acts have even started emulating (indie) rock bands, supplementing their paltry door takings by selling merchandise at their shows and online.

Thanks to these new circumstances, comedians can bypass many of the roadblocks that once led either to imminent demise or, at least, to capitulation to mainstream dictates. Punk tenets of authenticity, daring, and extremism can be maintained when a comedian is not beholden to the demands of censorious club owners, Svengali managers, and corporate labels. Independent and self-sufficient, a new breed of punk comics is discovering that they can build their own audiences and participate in a collective comedy subculture by using social media. By having no accountability to anyone’s expectations or demands, these a cappella punks are also able to be uncompromising with their material and techniques.

By cutting out the middle men, the new DIY comedians are also cutting out traditional—and sometimes all—venues. For some, hitting the road is no longer a priority, as they are able to disseminate their craft and reach more punters by merely posting performances on YouTube or creating their own podcasts. The ubiquity of social media further allows new comics to build a tailor-made fan constituency. Further, because most of these devoted fans are Twitter and Facebook users, if and when these media-savvy artists do take to the road, they are guaranteed a core audience at every stopping point.

The benefits of these on-going social media-based relationships between artist and audience are becoming apparent at shows, where the environment is much different than in both stand-up and punk rock gigs of prior eras. Gone (or disappearing) are the hecklers, talkers, and usual irritants, replaced with attentive and supportive fans. Gone (or disappearing) are those concert goers resistant to innovation, as well as those craving standard comedic fare of the kind that often panders to clichéd (and demeaning) stereotypes. Instead, alternative comedians are able to take leaps of faith into uncharted territory, experimenting with techniques and subject matter, knowing that a sympathetic audience will provide a safe and welcoming space for risk-taking. Asked for his definition of such “alternative comedy”, Patton Oswalt once replied, “It’s comedy where the audience has no pre-set expectations.” 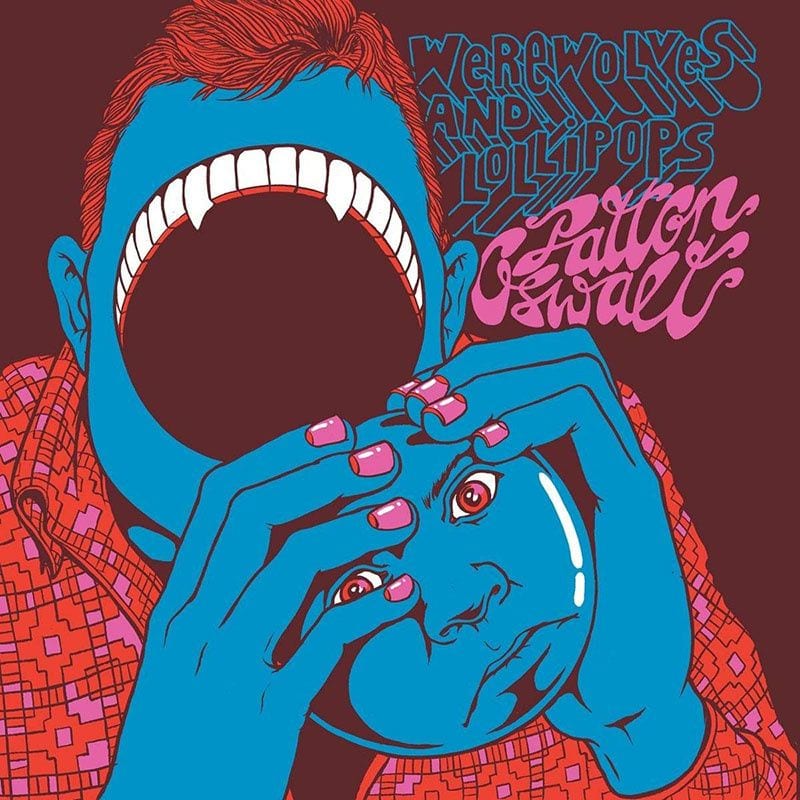 Of course, satisfaction is never guaranteed, and most daring comedians will fall flat once in a while, or fall foul to someone’s personal or political sensitivities. Moreover, some might argue that the recent consciousness raising love-ins have more in common with hippy vibes than with those of punk rock; nevertheless, it’s worth remembering that it didn’t take long for the original punk bands to shed their audiences of the haters, such that their clubs became churches where they could preach to their own choirs. In these sanctified—some say Stalinist—environments, it took a brave contrarian to break with the punk party consensus. Such is the case in modern alternative comedy spaces, too, where audiences are essentially being trained and re-conditioned to be more open-minded and less stuck in their old ways.

Alt comedy audiences, like punk ones, still enjoy the banter of interaction and the thrill of controversy, but their supportive instincts are maintained by their cultural empathy with the artist. When punk rock initially emerged from garages its first disciples proclaimed, “That band is speaking to me!” And this is the bond that independent comedy relies upon as well. This is the in-crowd, tribal, and subcultural denominator of punk, that feeling of belonging that kindred outsiders have. Identity politics pervade the liberal-left spectrum today, and these are reflected in the cult-like passions that surround certain contemporary comedians.

The new intimacy that has emerged between artists and audiences on social media has fostered the kinds of interactive dynamics experienced during the early days of punk rock. Asked in 1976 and 1977 how punk differed from the Progressive and Classic rock of the era, its advocates would often cite performer-audience relations as the primary distinction. Instead of needing binoculars to get a glimpse of Elton John or Pink Floyd from the upper tiers of a cavernous stadium, crowds at punk gigs were usually up-close and personal, brought together in small venues where the stage barely rose above the floor, and where close communication and interaction were both welcome and inevitable. In the process, hierarchies were demolished and the artist became “one of us” rather than a remote pedestaled “star”.

This notion of the performer being brought down to earth is reflected in the subject matters at the heart of much alternative comedy material. It is sometimes said that patrons attend comedy shows to escape from the hardships and realities of everyday life, and the same was once said of rock and pop music before punk. Then, fantasists would revel in the escapism of Prog rock’s Tolkien-esque adventures, riding the waves of neo-classical musical meanderings into imaginary worlds. That is until Richard Hell’s declaration of belonging to the “blank generation” and Johnny Rotten’s calls for “anarchy in the UK” burst those bubbles of escapism. A comparable tectonic shift is occurring in comedy, as stock (usually sexist) jokes are increasingly being jettisoned to the slag heap of history.

“Alternative comedy explores different types of material,” says Oswalt. Such material might be personal or political, but it is invariably sensitive and challenging. Adopting the punk “three chords and the truth” mantra, these comedians lay themselves bare, in the process provoking audience introspection and debate. Often speaking truth to power, “It’s people asking why things have to be the way they are,” explains comedian Nathan Brannon (“The Future Uf What”). A foot soldier on the new circuit, he sees a resurgence of the punk spirit in the Trump era, such that audiences are more interested in venting their anger, frustration, and oppositional solidarity than with just enjoying easy laughs from frivolous fodder.

This confrontational comedy is reflected in new forms and styles, too. Rodney Dangerfield and Andrew “Dice” Clay type one-liners have been replaced with often unconventional structures that might be in story form, involve lengthy character studies, or perhaps incorporate music or power-point demonstrations. Alternatively, the approach may be self-consciously minimalist, fore-fronting just voice and body language. Amateurism is displayed, too, not as a consequence of lack of professionalism but of anti-professionalism, not as a marker of ill-preparedness but of deliberate defiance of the expectations of traditional stand-up. “Alternative is a catchall phrase for ‘not stand-up’,” states Andrés du Bouchet, MC at the East Village bar, Rififfi (The New York Times). Such bold statements of genre rebellion are not dissimilar to assertions Johnny Rotten used to make when claiming his band signaled the death of rock music itself. 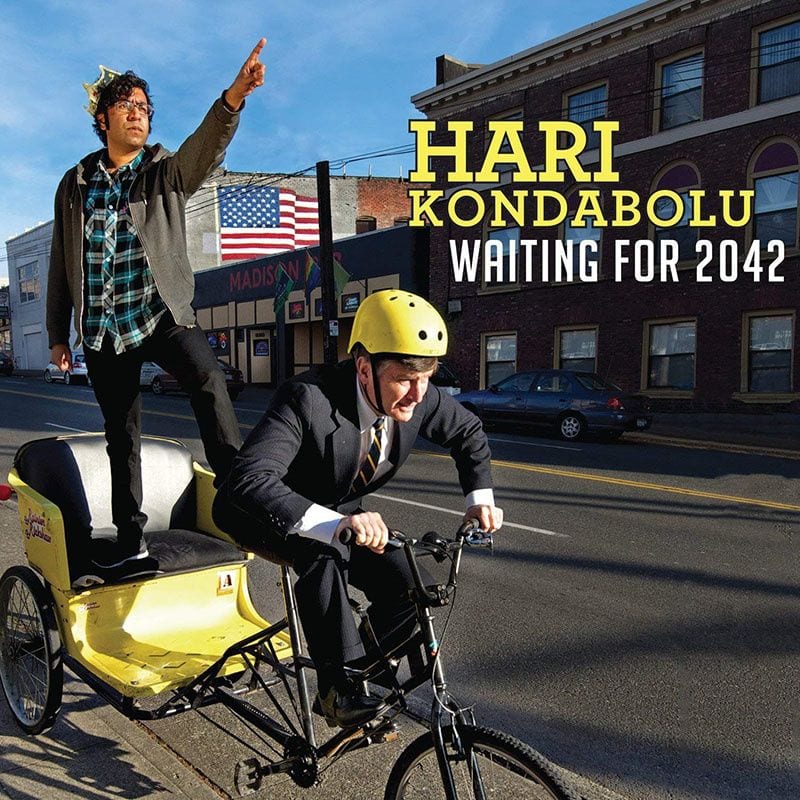 Clubs like Rififfi illustrate certain geo-cultural changes that took place in many cities and towns heading into the 21st century. The boom of small “downtown” comedy clubs in New York, for example, broadened options beyond renowned establishments like Caroline’s, Stand-Up New York, and Gotham. Off-the-Manhattan-grid spots like Galapagos in Williamsburg or the Creek and the Cave in Queens offered themselves as viable alternative venues for humor merchants whose material, style, or status automatically disqualified them from the major clubs. Coinciding with the contemporaneous hipster boom, these intimate venues attracted liberal audiences, charged affordable covers, and encouraged experimentation. At these clubs, according to Hari Kondabolu, “You’re not held hostage by the bookers [and] gatekeepers and their tastes” (The Future Uf What”). As a result, independence and autonomy are fostered, leading to more innovative comedic output.

Kondabolu, an Indian-American comedian from Queens, New York, is one of the most exciting of the new school of alternative comedians. His socially conscious brand of incisive wit was what attracted the interest of Kill Rock Stars and led Bikini Kill’s Kathleen Hanna to opine, “Hari Kondabolu is punk as fuck” (ibid). The comedian explains why: “I’m challenging norms, making people uncomfortable. It’s not for everybody… there is a cathartic release,” adding rhetorically, “What kind of punk artist do I want to be, the Sex Pistols or the Clash?” For him, the progressive path of the latter is preferable to the more nihilistic one of the former.

Recent social media resources have enabled Kondabolu to maintain the kind of independence and integrity he treasures; these facilitate the crucial self-sufficiency of his self-employment. But “can the aggregate of comedians, shows, movies, podcasts, blogs, memes, tweets, and more keep the prevailing punk rock-ness of comedy up?” asked Jake Kroeger in 2012. Many of the successful ones will no doubt be softened by the lure of TV or Hollywood, neutered by capitalist gatekeepers as punk performers have always been. Nevertheless, if the DIY model prevails as a viable and sustaining one, there is no reason to doubt that the punk spirit will continue to linger and spread through the alternative channels of our culture.