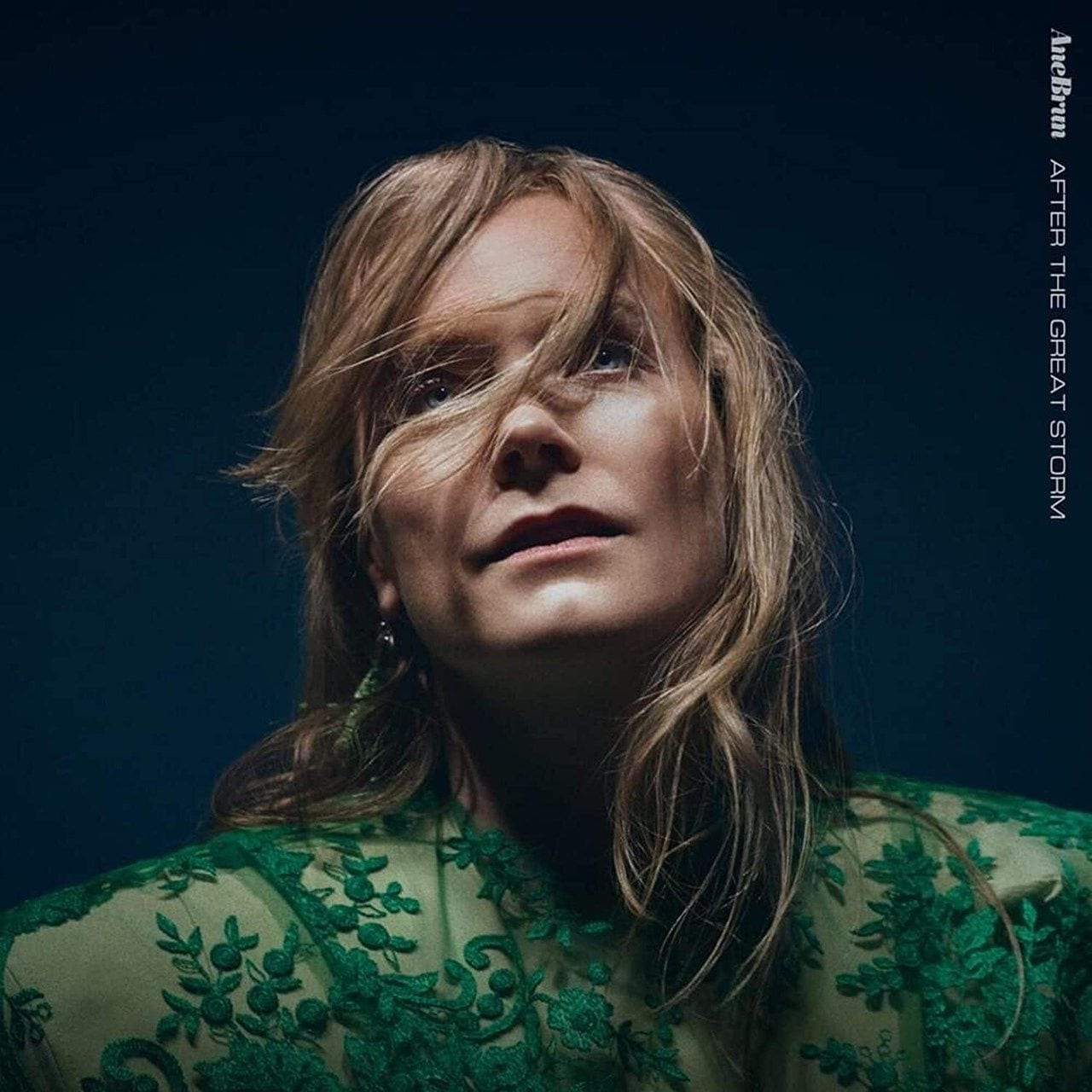 Seventeen years have passed since Ane Brun delivered her critically acclaimed debut album Spending Time with Morgan. On her latest outing, After the Great Storm, the Stockholm-based Norwegian artist still displays a singular knack for painting words that leap off the page of a lyric sheet. For seven studio albums, that stunning voice, incandescent and searingly raw in its emotional honesty, has wrapped its spun silver sound around folk, chamber pop, and electronic textures. This autumn, she returns with not one but two albums worth of new original material and some of the best songs of her prolific career.

Written during the summer of 2019 in a remote cabin deep within the Norwegian mountains, After the Great Storm and next month’s How Beauty Holds the Hand of Sorrow were born out of heartache and creative inertia that stymied her a few years, as Brun paused for a moment to mourn the death of her father. She has said that both records examine her “frustration over the state of the world, how to grieve for a loved one, existentialism, love, relationships, loneliness, inner struggles, [and] sleepless nights.” Brun might not have set out to capture the zeitgeist of the moment with her latest offering. Still, the irresolution and unease that pervade these nine tracks perfectly mirror the anxiety and social isolation that have engulfed this post-pandemic era.

The album kicks off with “Honey”, a soulful love-letter to adolescence and a celebratory trip-hop trip down memory lane. Inspired by an unearthed cassette tape of music made in her teens, the song sees Brun reconnect with her younger self’s bold optimism. That initial, unbridled joy and innocence are slowly wrapped in darkness as the record progresses. On the smoldering title track, she channels 1990s downtempo and Sainkho Namtchylak at her most ethereal, as Brun’s lilting voice floats high above dense, knotty beats. Her latest single “Crumbs” never quite lifts off, even as it embraces a delightful doo-wop for the 21st-century vibe. Joined by the background vocals of Jennie Abrahamson and Linnea Olsson, this Julee Cruise meets the Ronettes number perfectly describes the claustrophobic feeling of being trapped in a dead-end, co-dependent affair, but it meanders melodically.

One listless song aside, After the Great Storm, is full of striking highlights like the Knife-esque, rapturous banger “Take Hold of Me”, the anguished yet hopeful closer “We Need a Mother”, and haunting environmental anthem “Feeling Like I Wanna Cry”, with its slinky, skittering percussion and sumptuous visuals. Each frame of this astonishing video brims with breathtaking flowers that wither and bloom. An elegant meditation on death, “Fingerprints” is one of the most beautifully penned tracks of the year, on par with Danish singer-songwriter Agnes Obel’s equally hypnotic “Island of Doom”. In seven exquisite minutes, Brun bottles her grief for us as she sings, “I miss you” over and over like a mantra, reflecting on that loss. Like an echo from the past, she reminds us that those who have departed from this life linger long after they have passed through that final door.

Six months after it dropped this February, the eastern-imbued single “Don’t Run and Hide” still stops you dead in its tracks. With its infectious chorus, cascading strings, and a rallying call for empathy, Brun becomes the ultimate cheerleader. Begging you to fight the demons of self-doubt, she sings, “Fear is choice, a lonely exile / It’s a cloud dimming the landing lights / When you find yourself between reality and dreams / Accept and breathe.” It is the first track she wrote during her session in the mountains, and it will remain one of the absolute highlights of this album for years to come.

In a season full of shockingly good releases, Ane Brun’s eighth album of original music is a slow-burning delight, full of melodies that linger long after the record has stopped spinning. For 47 minutes, she holds her aching heart up to the sun, begging for warmth and some semblance of order to all the chaos that surrounds her, yet she is defiantly tethered to hope. These bruised, elegant songs cut to the core of what it means to be uniquely human. With the arrival and subsequent onslaught of COVID-19, death has quickly moved into the foreground of our global thoughts, and Brun’s latest collection is a reminder that life has an expiration date, and every ticking second is a gift.