A slew of late-2010’s Westerns, including most of Charlaine Harris’ post-Sookie-Stackhouse fiction and numerous YA novels, feature women gunslingers as protagonists and blur gender and genre lines. In these mashups, gendered conventions from fantasy and Western fiction converge in ways that fundamentally challenge our culture’s gendered conceptions of the domestic sphere, the law, violence, and justice.

Recent exemplars of the fantasy Western subgenre, Harris’ two Gunnie Rose books (An Easy Death and A Longer Fall) and Lyndsay Ely’s Gunslinger Girl, draw on fantasy fiction’s Gothic roots to represent the horrors that women face within confining patriarchal structures, and employ Western conventions to make room for protagonists who fight back.

While in the conventional Western the home tends to be a feminine space of sedating civility, in these fantasy Westerns as in much Gothic fiction, the domestic realm is full of looming threats and brutalities for women. And as professor Sue Chaplin argues, in female Gothic texts the patriarch’s mansion or castle often stands in for the legal institutions that incapacitate and maltreat women.

For fantasy Westerns’ women protagonists, then, as for many traditional Western heroes (though for very different reasons), self-preservation and personal justice can only be found outside of civilization’s domestic and legal structures. In Harris’s Gunnie Rose books and Ely’s Gunslinger Girl, the Western protagonist’s conventional quest for personal justice expands to the women gunslingers’ vengeance against both the perpetrators of domestic and sexual violence and the institutions that condone it. 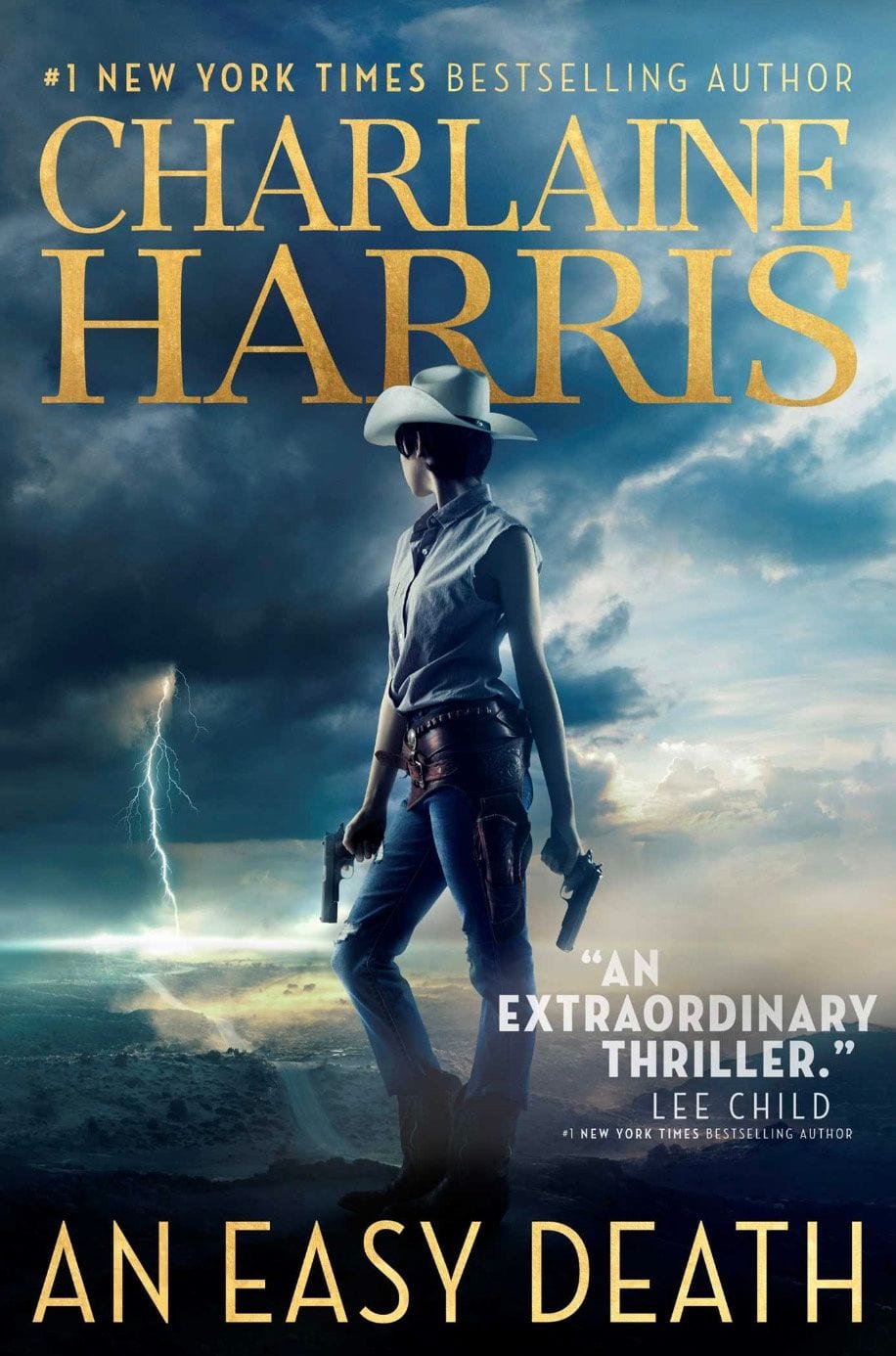 These narratives of young women wielding justice outside of and against institutional power are particularly significant at a time when the sitting American President bragged about sexually assaulting women before being elected, and a Supreme Court Justice was credibly accused of sexual assault before being confirmed. Although the Gunnie Rose books (alternate history dystopia) and Gunslinger Girl (future dystopia) are set in an America that has already fallen, the gender-based oppression in the novels’ fantasy worlds uncomfortably resembles our own.

The #MeToo Movement, through which women have sought social acknowledgement of and legal redress for sexual harassment and assault, has met with powerful backlash and has resulted in little to no improvement in the criminal and judicial systems’ already dismal rates of investigating and prosecuting sex crimes. The Trump administration recently changed definitions of domestic violence and sexual assault, which will make it much more difficult for the victims of gender-based violence to get justice.

In these contexts, fantasies of women gunslingers who meet domestic and sexual violence with their own avenging violence might seem unsurprising. Nonetheless, representations of violent women in these fantasy Westerns run startlingly counter to normative assumptions about women, violence, and justice.

As critic Hilary Neroni asserts, in our culture’s dominant representation of the violent woman, violence is “seen not as something that comes from her but rather something randomly attached to her.” Ely’s and Harris’ young women gunslingers flip this script: their affinity for guns and their capacity for violence are innate.

In Gunslinger Girl, Serendipity (Pity) Jones inherits her sharpshooting skills from her mother, who had been “the very best”. When Pity first picks up one of her dead mother’s revolvers, “it was as familiar as pulling on a pair of old boots.” As Harris’s An Easy Death opens, Gunnie Rose similarly declares, “The first time I held a rifle, I knew I’d found my calling.”

For Pity and Gunnie Rose, using guns to protect others and to administer justice comes naturally. Rather than rendering them symbolically masculine, these womens’ violence breaks what critic Jack Halberstam describes as our culture’s “linking of might and right under the sign of masculinity.”

Ely’s and Harris’ novels pose a far deeper challenge to the traditional Western’s delineation of opposing feminine and masculine realms than just a swap of the gunslingers’ gender. These narratives also expose the patriarchal and misogynist violence at the heart of institutions that, in classic Westerns, are generally associated with the feminine: the domestic and legal structures of “civilized” society.

Domestic and sexual violence hits home for Ely’s and Harris’ young women gunslingers, both of whom are born out of rape and repeatedly face its threat.

Pity’s mother, who had fought on the losing side of the Second Civil War, was saved from the noose because she was fertile (bioterrorism before the war made birthrates extremely low). The government of the Confederation of North America (CONA) forced Pity’s mother into marriage and childbearing. She thus lived with rape for years until she finally drank herself to death.

Not quite 18 as Gunslinger Girl opens, Pity similarly has no social or legal recourse for her father’s regular emotional and physical abuse of her. Pity’s father sells “her like a piece of livestock” for a “bridal bribe” from a stranger, a commonplace exchange in a market for fertile women that CONA allows to operate “under the guise of a worker exchange.”

Knowing that she is about to be forced into marriage and thus conditions of rape, Pity escapes, leaving her home behind for a very different reason than does the conventional Western protagonist.

Gunnie Rose has long known that her biological father was a Grigori (Russian wizard) who was passing through their town when he “took away my mom’s will and had his way… nine months later, a baby appeared.” Two months before the action of An Easy Death begins, Rose avenges her mother by killing her father. 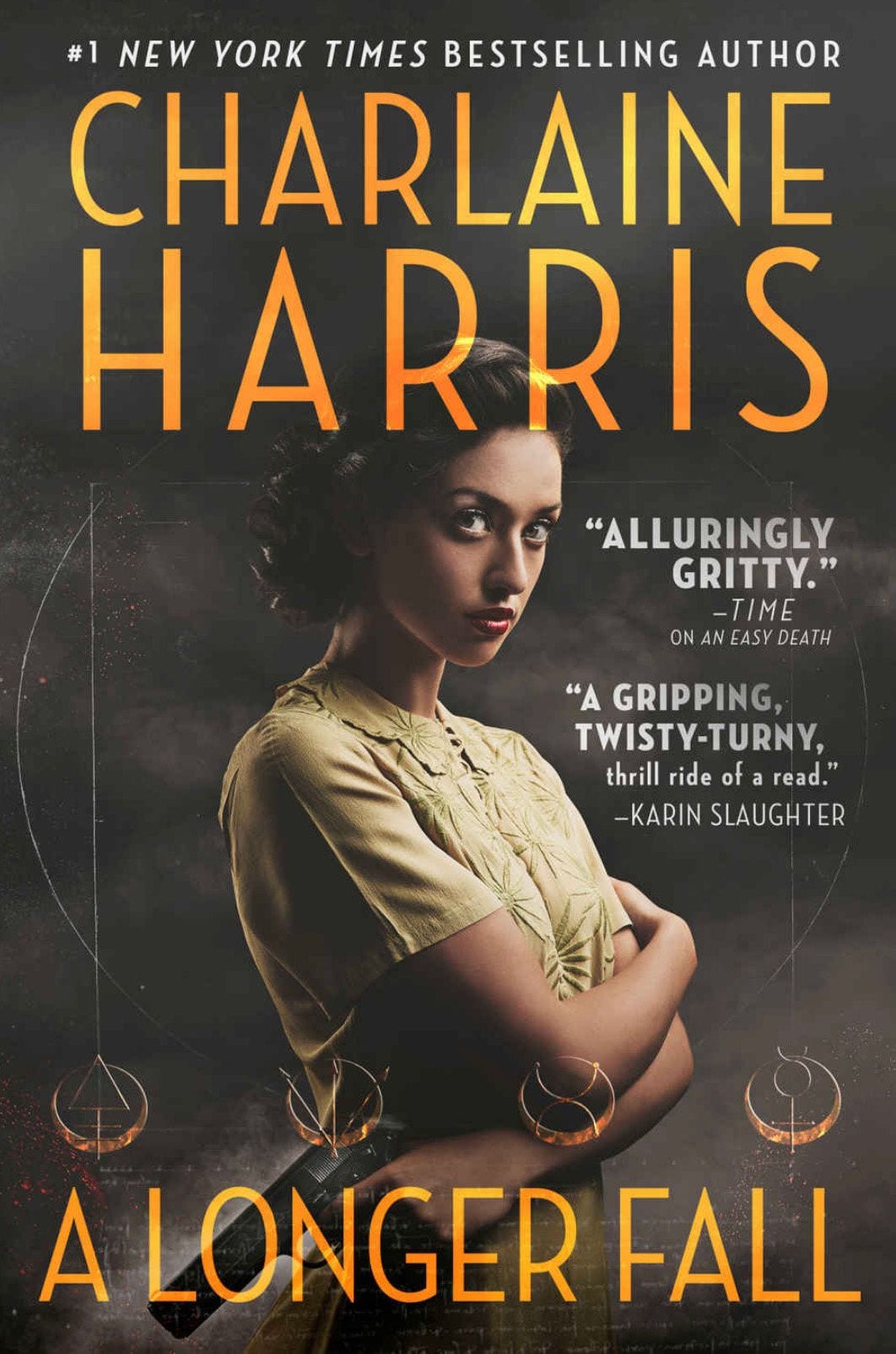 In the dangerous territory through which Gunnie Rose and her team provide others safe escort, the threat of rape and human trafficking is so great that “families taught their girls to run, figuring that a bullet in the back was quicker than what waited for them after capture.” After an ambush that knocks out Gunnie Rose and kills the rest of her team, she is able to catch up with the kidnappers “because they couldn’t wait to rape the women.”

Gunnie Rose kills all of the bandits and leads their victims to safety. She later fends off men who were preparing to rape her until they realized that she “was ready to kill them all.”

In An Easy Death, the pervasiveness of rape and its threat suggests that instances of sexual violence are not just isolated acts by a few bad men, but also constituent elements of deep-seated structures of oppression. The institutions that countenance domestic and sexual violence operate more openly in the nation-state of Dixie in A Longer Fall, and in CONA-controlled territory in Gunslinger Girl.

When Gunnie Rose arrives in Dixie, she is startled by the explicit social and legal codes that maintain rigid hierarchies of gender, race, and class. As Gunnie Rose and her partner Eli encounter conspiracies brewing between those in power and resistance growing among the oppressed, the interdependence of patriarchal misogyny, white supremacy, and capitalist greed reveals itself.

All three are concentrated in a group of racist town leaders who gather to kill Gunnie Rose and Eli, but are instead secretly observed by the pair. After Gunnie Rose hears the men wrap up their discussion about whether it’s okay to rape white women by concluding, only if they’re not virgins, she wants to “find occasion to kill them all. The world would be a better place.”

In Gunslinger Girl as in classic Westerns, institutional authority sits symbolically in the East, in the CONA capital city of Columbia. Columbia is the center of a capitalist and patriarchal state power that maintains class hierarchies and controls women’s bodies.

The far West remains beyond CONA’s control. When Pity escapes from home, she ends up in Cessation, the city farthest west and Columbia’s mirror image, its inverted reflection. Cessation is the center of an otherwise lawless region, a carnivalesque space in which the word of the woman leader, Selene, is the only law. One of Selene’s primary edicts is the right to bodily autonomy.

Shortly after Pity joins the Cessation community, she learns that Selene orders a public execution for anyone who violates her decrees, including a man who used a knife to lacerate a male sex worker. Although Pity is troubled by executions being presented as entertainment, she comes to see the killing of people in order to protect others — something that she herself does — as a kind of justice. Like Gunnie Rose, she concludes, “There were some folks the world was better off without.”

Both Pity and Gunnie Rose shoot people who pose an immediate threat to others. Each also decides to kill a powerful man who is unarmed in the moment, but who has caused the suffering and deaths of others and who is likely to continue to do so without consequence. And both arrive at the decision to do so after arguments with themselves and with others about what constitutes justice.

In Ely’s Gunslinger Girl and in Harris’ Gunnie Rose books, “justice” is not an absolute. Though some situations might be easy to call — as when Gunnie Rose sees that a domestic abuser died in a trainwreck and thinks simply, “Justice” — these books recognize, with Pity, that the definition of justice is something “molded by circumstance”. As Selene tells Pity in the end, “Right and wrong isn’t so easy, is it? Sometimes the choices we make are a little bit of both.”

These fantasy Westerns themselves have some ambivalence, or rather contain conflicting points of view, on the “rightness” of broader violence against structural oppression. When Gunnie Rose tells Eli that the leading townsmen in Dixie “are poison” and she “could shoot ’em all,” Eli responds, “You don’t get to judge.”

Gunnie Rose asks in turn, “What’s the difference between me deciding someone has to die because they’re shooting at me, and me deciding someone has to die because they don’t believe people different from them are human?” When Eli still questions the morality of the latter act, Gunnie Rose asserts, “I think it’s right that rapists and people who try to hold down other people should die.”

The debate between them is as old as feminist novels. In Charlotte Brontë’s Jane Eyre, itself a mix of Gothic Romance and a female quest narrative, Helen Burns counsels young Jane to endure injustice patiently and to “return good for evil”, as it is love, “not violence, that best overcomes hate.” Jane counters that “if people were always kind and obedient to those who are cruel and unjust, the wicked people would have it all their own way: they would never feel afraid, and so they would never alter, but would grow worse and worse. When we are struck at without a reason, we should strike back again very hard.”

Like the ending of Jane Eyre, the ending of the second Gunnie Rose book leaves these conflicting, Old and New Testament approaches to justice unresolved. One wealthy, white supremacist who had raped one of Gunnie Rose’s friends is killed without question. But some of the white townspeople otherwise sympathetic to the downtrodden resist the idea that structures of oppression will not alter without violence.

Though Eli asserts that “drastic change doesn’t come about without turmoil and bloodshed”, he has a hand in producing a deus ex machina ending that temporarily produces peace without resolving any of the underlying injustices. Gunnie Rose moves on, looking for her next job.

Similarly, at the end of Gunslinger Girl, oppressive power structures remain in place as Pity and a fellow woman sharpshooter ride out of Columbia, looking for bounty-hunting work. Unresolved questions about institutional oppression, violence, and justice will follow these young women gunslingers and their readers into the next fantasy Westerns.