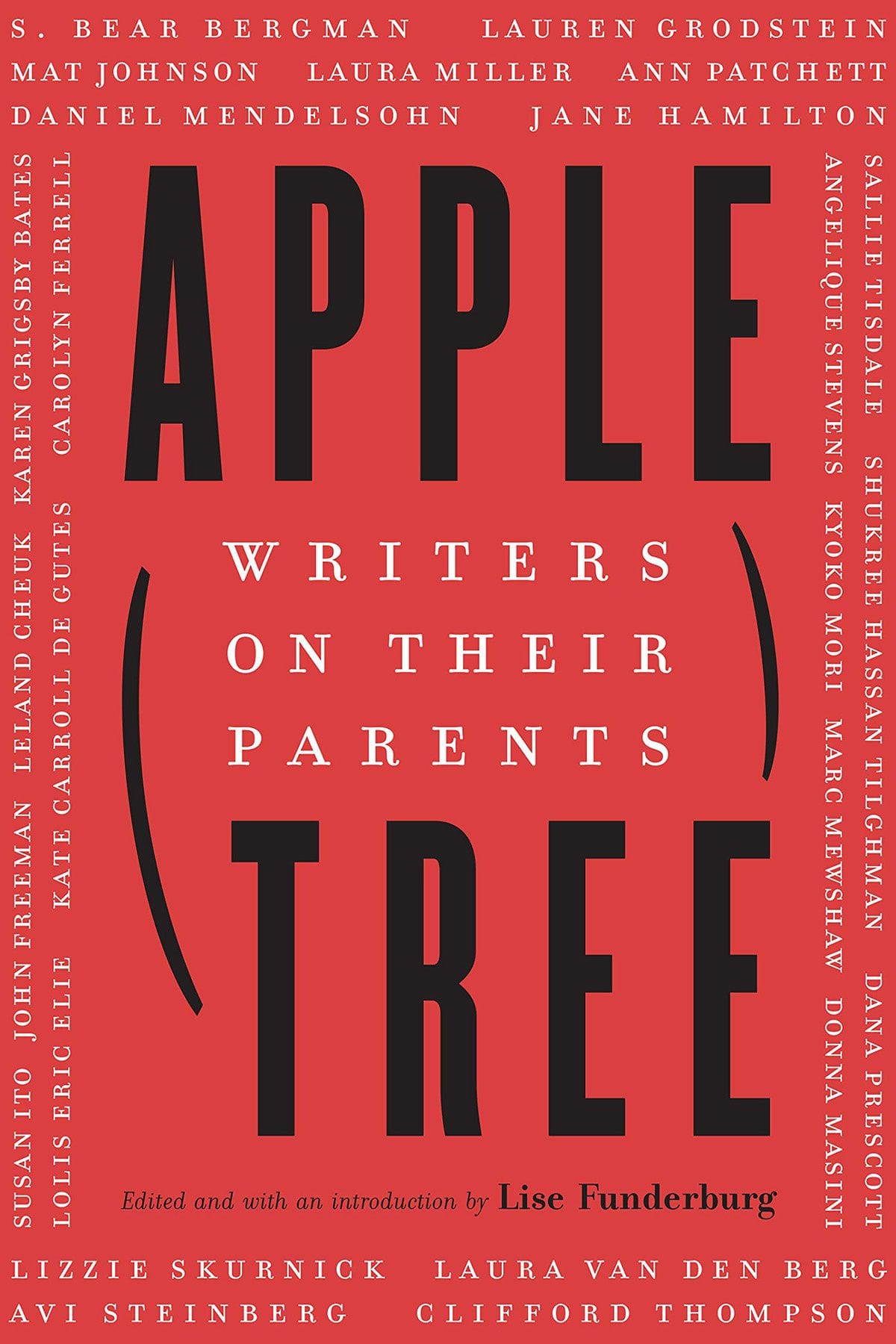 Everyone says it: “I’ll never be like my parents”. Disavowing parents’ identities is vital in developing agency for many. For others, recognizing the shared traits is essential for cultivating self-preservation. In Apple, Tree: Writers on Their Parents, editor Lise Funderburg summons authors to question how the relationships with their parents’ influence their identity.

The authors engage with curiosity and avoid absolutist judgments of parenting. Many of Apple, Tree‘s contributors understand their relationships as continuously evolving, even posthumously. Hence, their identities and connections with parents are born out of reflections and refractions.

The collection opens with Laura van den Berg‘s “Predictions” followed by Sallie Tisdale‘s “Curtains”. Both authors examine their families and complicate what they see. Van den Berg uses the paranormal to gain concrete answers for the undetected while for Tisdale, children aren’t supposed to fully see their parents and “if all goes well, a parents’ life is under wraps” (11).

Her parents’ self-containment was detrimental: Tisdale doesn’t know how she is similar to her mother. As a reckoning, she draws a parallel between seeing and not-seeing as a way of knowing, a theme also addressed by Shukree Hassan Tilghman in “Lies My Parents (Never but Maybe Should’ve) Told Me”. By grappling with the unknown, these authors developed self-awareness.

Whereas Apple, Tree’s authors maintain a positive outlook, many find awareness by rejecting their parents and their identities. In “The Only Light We’ve Got”, Angelique Stevens develops emotional growth when acting as a caretaker for her mother who struggles with mental illness. In “Just Say the Word”, Lizzie Skurnick envisions herself as the middle node amid her son and mother: an image signifying both the correlations and differences across generations.

Much as Stevens and Skurnick try to reject hereditary links, it is Dana Prescott who articulates the difficulty in doing so in “All Knotted Up”. Prescott devises an emotional and geographical disconnect from her parents yet realizes her life was “based on everything I learned as a child from my… mother and father” (68). The attributes these authors share with their parents are not fixed.

For Jane Hamilton and Marc Mewshaw, the problematic rapport with their families stems from their parents’ imposing personalities. In “Spending the Sparkle”, Hamilton deconstructs her mother’s charm and rejection of exercise as a factor in creating Hamilton’s own identity. Hamilton, a “jock”, believes she lacks her mother’s charm and asks “does the hard grim brutal work of physical engagement leach from a person a lightness of being?” (137).

Similarily, Mewshaw is unable to escape his father’s shadow in “A Measure of Perversity”. He turns to alcoholism to squelch the pain associated with trying to relive the paternal lineage. Ironically, for both Hamilton and Mewshaw, rejection and self-destruction lead them to a greater appreciation of their parents. As Mewshaw contends, “bucking prescription may not make you universally loved, but better to live seeking your own truth than die serving another’s” (99). As Carolyn Ferrell emphasized in her essay “No Indifferent Place”, living the truth is complicated but necessary.

The collection’s strongest entries are Kate Carroll De Gutes‘ “Fragments from the Long Game” and Mat Johnson’s “My Story about My Mother”. The authors consider their own capabilities developed from supporting their mothers through dementia and multiple sclerosis, respectively. These writings are brave and honest, with each author contemplating how their devotion to their mothers’ health informed, and often impaired, their adult relationships.

Both authors must respond to partners who wonder if there is room for them if Carroll De Gutes and Johnson are holding so much emotional space for their mothers. Johnson’s anger is refreshing while Carroll De Gutes’ exhaustion is palpable. The two pieces ask tough questions and the authors require harder answers from themselves, and ultimately, their readers. Here Apple, Tree complicates our acceptance of interpersonal relations and the corresponding emotional baggage we carry.

For other authors, self-protection is life-saving. Kyoko Mori‘s “One Man’s Poison” problematizes her father’s narcissism only to realize she adopted his egomania to galvanize her perception of family and self. Mori’s contribution starts strong as she casts her father’s brutality. But her self-reflection is weak, and the chapter ends with the responsibility put on the reader to accept Mori because she avows her father. Narcissism is unacceptable, even as a tool for self-preservation.

Likewise, in “This Truth about Chaos”, John Freeman realizes that learning to mitigate and detect his father’s abusive anger rendered him as a “seismologist of mood” (148). Mori and Freeman recognize the problematic inheritance but strive towards a more beneficial end. Yet their inability to emotionally invest weakens Apple, Tree.

As an editor, Lise Funderburg allows the authors to cultivate their unique narrative voices, establishing a conversational tone. Many authors touch on comparable topics and meander through themes rather than having Funderburg group them together. This creates some blurring of voices but the result is amiable.

Meaningful discovery and understanding are Funderburg’s intent. Apple, Tree does not attempt to reiterate the Freudian blame posed on the mother or to blindly criticize the family unit. The contributors identify nuance; frequently framing themselves and their parents through multiple lenses. Apple, Tree provides a thoughtful meditation on individuals’ connections to heritage and legacy.